Accessibility links
Court Weighs President's Power To Recognize Nations On Monday, the U.S. Supreme Court tests the president's foreign policy powers in a case that combines the Middle East conflict with the dueling roles of Congress and the executive branch. At issue is whether the president can prevent U.S. citizens from listing "Jerusalem, Israel" on their passports. 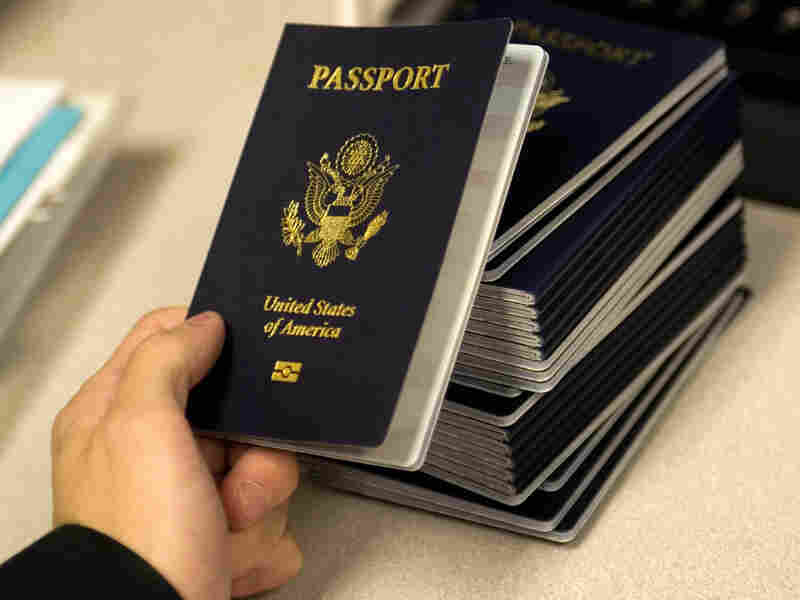 The Supreme Court will consider the question of whether U.S. citizens may list "Jerusalem, Israel" as their birthplace on passports. Paul J. Richards/AFP/Getty Images hide caption 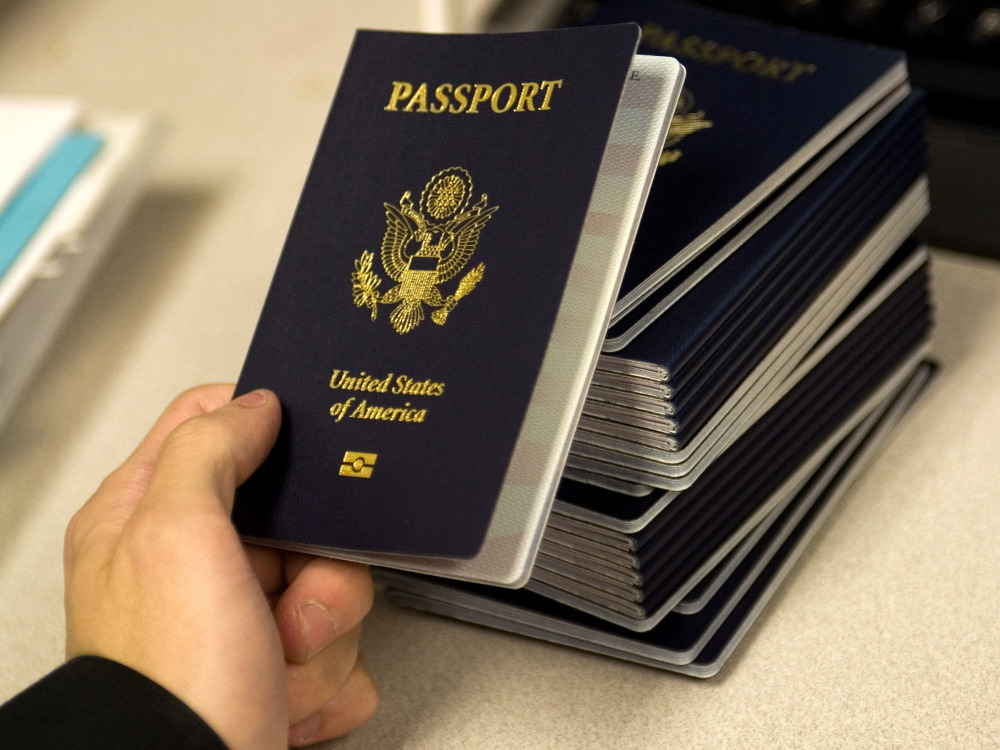 The Supreme Court will consider the question of whether U.S. citizens may list "Jerusalem, Israel" as their birthplace on passports.

The U.S. Supreme Court steps into a test of the president's foreign policy powers on Monday. It is a test that combines the Middle East conflict with the dueling roles of Congress and the executive branch, plus an added dash of interest over presidential signing statements. At issue in the case is whether Congress can force the executive branch to list Israel as the birthplace for United States citizens born in Jerusalem.

Ever since the creation of the state of Israel in 1948, the U.S. government has declined to recognize Jerusalem as part of any country. Palestinians have long claimed the city as their own, and so have Israelis.

The U.S. State Department has long viewed the city's status as one of the key items to be negotiated in a Middle East peace deal. Consequently, the U.S. has avoided even seemingly minor actions that might undermine its role in the peace negotiations by implying any endorsement of Israeli or Arab sovereignty over the city.

Israel's supporters in Congress, however, have long objected to the U.S. policy, and have sought, through legislation, to force U.S. recognition of Jerusalem as Israel's capital. In 2002, Congress enacted a law urging the president to move the U.S. Embassy from Tel Aviv to Jerusalem, and requiring the State Department to allow American citizens born in Jerusalem to list their place of birth as Israel on passport documents.

President George W. Bush signed the legislation into law because it was part of a much larger foreign affairs bill, but he added a signing statement saying that he would not enforce the passport provision because he viewed it as an unconstitutional encroachment on presidential power. Although presidential signing statements have been issued since the presidency of James Madison, they became a flash point in the Bush administration because of their vastly increased number. Critics charged that Bush, instead of vetoing bills, was cherry-picking the provisions he liked and ignoring those he didn't like.

Into this maelstrom was born, in Jerusalem, the child of Ari and Naomi Zivotofsky, American citizens who emigrated to Israel in 2000 and maintain dual citizenship. But when the parents tried to have "Jerusalem, Israel" listed as their son's place of birth on his passport, the State Department refused, citing its longstanding policy.

Jewish natives of Jerusalem, who are proud of being born in Israel, may not, according to the State Department regulations, have Israel on their passports.

"Jewish natives of Jerusalem, who are proud of being born in Israel, may not, according to the State Department regulations, have Israel on their passports," says lawyer Nathan Lewin, who represents the Zivotofskys. The result is that the passports "may only say Jerusalem."

So the Zivotofskys went to court, contending that this policy violated a duly enacted federal law. The Obama administration, echoing the policy of the Bush administration, contends, however, that the law is unconstitutional.

Indeed, presidents have long maintained that their constitutional authority to "receive ambassadors and other public ministers" implies the power to recognize foreign governments, and that the president similarly has inherent authority to determine the content of passports in implementing foreign policy.

John Bellinger, who served as counsel for the State Department in the Bush administration, cites an example. Congress, he says, "could not say, 'Well, it's fine that the president has recognized a particular country, but we don't think he should recognize a particular corner of it.' ... That would clearly be unconstitutional. And the view of the executive branch is that this case" presents exactly that situation, "that Congress is trying to force the president to recognize Jerusalem as being under the sovereignty of Israel."

The Zivotofskys counter that the founders of the nation did not intend to give the president an exclusive role in recognizing foreign nations. President Bush could have vetoed this legislation, they note, but he did not, and thus the law of the land is the congressionally enacted statute, which allows American citizens born in Jerusalem to have Israel stamped on their passports as their country of birth.

In their Supreme Court brief, the Zivotofskys argue that the State Department's policy is based on fear, "an erroneous and misguided fear, that Israel's enemies will criticize American policy because they will misperceive the significance of allowing 'Israel' to be recorded on passports."

The Obama administration counters that "U.S. national security interests would be significantly harmed at the present time" if the United States did anything to suggest that the U.S. recognizes Israel as sovereign over Jerusalem.

The lower courts threw out the Zivotofskys' case, saying it involved a political dispute between two branches of government that the courts should stay out of. But Lewin, the Zivotofskys' lawyer, contends that this case is just like any other test of an existing law. "That's what courts do all the time," he says. "They say, 'Is a law that Congress enacted constitutional if the president says it interferes with his power?' "