Accessibility links
Spotting Crime, Being More Than Bystanders In her weekly commentary, host Michel Martin looks at the murder of a Lululemon employee in the Washington, D.C., area and the alleged child molestation case at Penn State. In both cases, it seems people knew a potential crime was happening but did nothing about it. 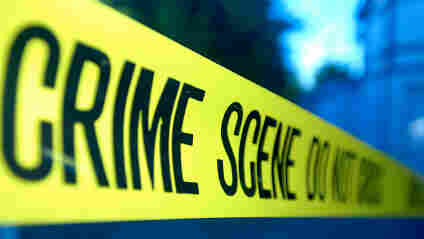 How many times have we seen potential crimes happening but stood by and acted as if they had nothing to do with us? iStockphoto.com hide caption

You remember when Attorney General Eric Holder famously said that we are a nation of cowards when it comes to race? Well, based on two recent stories that have been in the news, you might think he should have left it at "cowards."

The first story I am talking about might be one that escaped your attention unless you live in the Washington, D.C., area. That's where a jury last week convicted a young woman named Brittany Norwood of viciously stabbing her co-worker Jayna Murray to death, evidently because Murray had caught Norwood stealing a pair of yoga pants.

That's awful enough, especially after Norwood terrified her neighbors and tried to distract the police by blaming the crime she committed on two stranger-rapists who did not exist. But what makes the whole thing even more horrible is the fact that two Apple Store managers right next door — one male, one female — heard a violent commotion, grunting, screaming, and a woman begging for help ... and did absolutely nothing about it, except apparently tell a store security guard to check it out.

There was no call to 911. There was no banging on the wall. No nothing, except their testimony to confirm what we already knew: A young woman's life taken for no good reason at all.

Then there is the second story that might have escaped your attention unless you follow sports ... and that is about the legendary Penn State assistant football coach Jerry Sandusky. Sandusky, now retired, has been arrested and charged with molesting as many as eight young boys over a 15-year period, some of whom were participating in programs connected with the children's charity with which he was involved. And, yes, he deserves his day in court for these terrible crimes, as do the university officials who have also been charged because, according to the indictment, they were allegedly told of this behavior by direct eyewitnesses to it but, again, chose to do nothing. Nothing, that is, except order Sandusky not to bring children to Penn State's locker rooms.

Can I just tell you? It's easy to sit here and condemn these people, rage against them. And I will confess I've spent more than a few minutes composing in my head the insults I'd like to deliver to them all. If you've ever been victimized, is there anything worse than knowing that someone knew, that someone could have helped you, and didn't?

Those who did or are alleged to have committed the crimes themselves will be brought to account, and indeed already have been. Norwood will go to prison. All the Penn State officials who have been implicated profess their innocence, and the process will go forward — two have resigned. But what about those who stood by, who could have said something, even just made a phone call, but did not?

No doubt these cases will end up in somebody's case study. There are already all kinds of theories, such as people don't step in if they can't see the actual victim or if they don't identify with him or her. But how does that explain the graduate student assistant who, allegedly, actually saw a little boy being raped and, according to the indictment, told Penn State's head coach Joe Paterno, who told athletic director Tim Curley, but no one told the police?

Weren't we all kids once?

In the meantime, I might humbly suggest the people we all need to hold to account are ourselves. Because how many times have we all done it: Walked away when we could have stopped, kept driving when we could have turned the car around? How many times have we acted as though the kid being beaten, the woman being threatened, the co-worker being harassed, had nothing to do with us ... when we are the "us," or could be?