Accessibility links
Did 'The Real World' Really Kill MTV? Is The Real World to blame for the downfall of MTV? Yes and no. 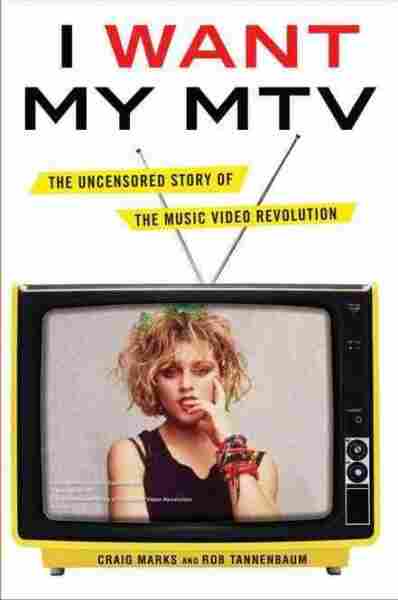 I Want My MTV

The Uncensored Story of the Music Video Revolution

by Craig Marks and Rob Tannenbaum

It is one of the pieces of received wisdom in the excellent new oral history I Want My MTV: The Uncensored Story Of The Music Video Revolution (listen to an interview with the authors here) that MTV's "golden age" was killed off by the existence of The Real World, and the end of MTV's relevance and value.

This is consistent with the fact, implicit in the book's subtitle, that it isn't a history of MTV so much as it is a history of videos on MTV. Thus, it ends with the search for blame for why MTV doesn't show videos anymore, which it blames largely on the 1992 debut of The Real World.

The blame there seems a bit misplaced. First of all, one thing the book makes clear is that the business model at MTV was on shaky ground from the beginning, in the sense that the channel was determined to get videos without paying any royalties — to work like a radio station — and the labels paying for the videos weren't necessarily up for keeping that model going forever. They were always irked that they had to pay for a video that was almost entirely made to be played on MTV, and that MTV was essentially getting all its content for nothing.

So the early days weren't necessarily indefinitely sustainable anyway, and had the playing of videos all day lasted long enough to get to YouTube, it probably would have lasted no longer. It's not at all clear that without reality shows, MTV would still be showing videos. It had started moving away from music-only programming and toward more general pop culture, after all, back in 1987 with the debut of the game show Remote Control.

But the other problem with the "MTV's golden age died with Real World" theory is that as onetime MTV staffer and Twitter-er extraordinaire Dave Holmes notes in the book, The Real World was not always what it is now. The first season, as he puts it, looks like a Ken Burns documentary compared to later seasons and current reality programming. Long scenes, long conversations — nothing like the flash-bang super-edited stuff they churn out now, either on that show or on Jersey Shore.

Furthermore, The Real World didn't start out as trash. It started out as a surprisingly contemplative show that contained some of the most candid discussions of sex and race that I'd ever seen on television up to that point. That continued past the New York season to the L.A. season and, of course, the San Francisco season, which was the show's peak of both social relevance and riveting drama, following, among other things, what turned out to be the last year or so of Pedro Zamora's life before he died of AIDS — including his wedding, his deep and genuine friendship with a much more conservative roommate, and his struggles with Puck, The Real World's first irredeemable creep. That was not Jersey Shore. It just wasn't.

But then the show went to London, and it was a slow season in which not much happened (the American kids overseas seemed a bit frozen in place, not really doing anything with themselves). After that, beginning with the season in Miami, the show started locking the participants into a job/project they would do together, rather than letting them each pursue their own careers — and that's where essentially all the good stuff drained out.

Say what you want about the end of MTV showing videos all the time; maybe that's a huge loss and maybe it's not. But don't blame the first set of seven strangers if you hate what's on the network now. Blame the ones who came later.

Read an excerpt of I Want My MTV