Accessibility links
How Dogs Evolved Into 'Our Best Friends' Naturalist Mark Derr says our friendship with dogs and wolves goes back thousands of years more than previously believed. His new book explores how the relationship between humans and wolves developed. 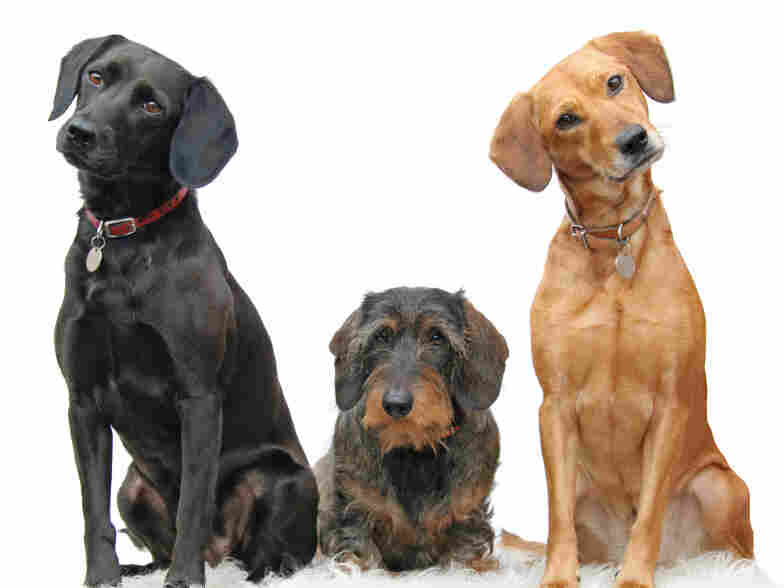 Dogs today evolved from wolves who first developed a relationship with humans on the hunting trail. iStockphoto.com hide caption 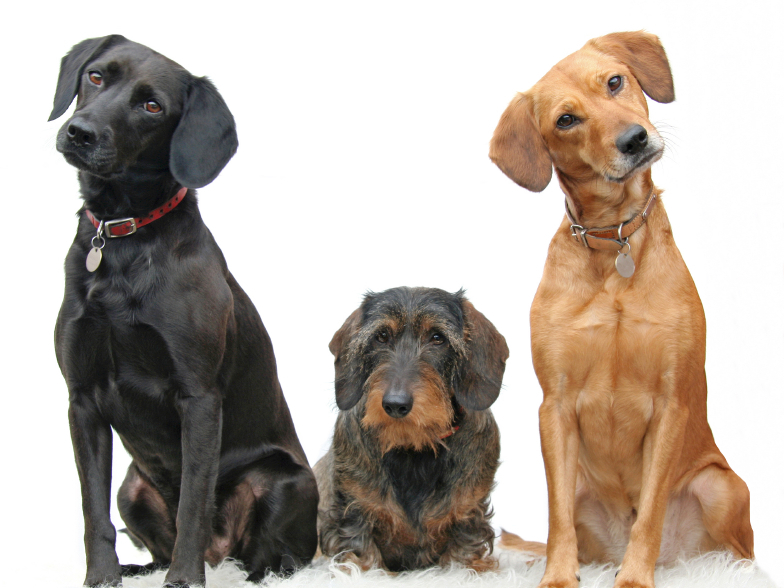 Dogs today evolved from wolves who first developed a relationship with humans on the hunting trail.

Dogs have aided humans for thousands of years. Man's best friend has provided protection, companionship and hunting assistance since the days of the earliest human settlements.

But how and when dogs evolved from wolves is a matter of debate. Naturalist Mark Derr says there are two main schools of thought: Some researchers believe that humans domesticated wolves who were scrounging around their villages for trash. Others think that humans were taking care of wolves from the time they were puppies — until enough puppies were tamed and they somehow then evolved into dogs.

"Neither explanation seems satisfactory," writes Derr in How the Dog Became the Dog — From Wolves to Our Best Friends. "That is why there's no consensus." 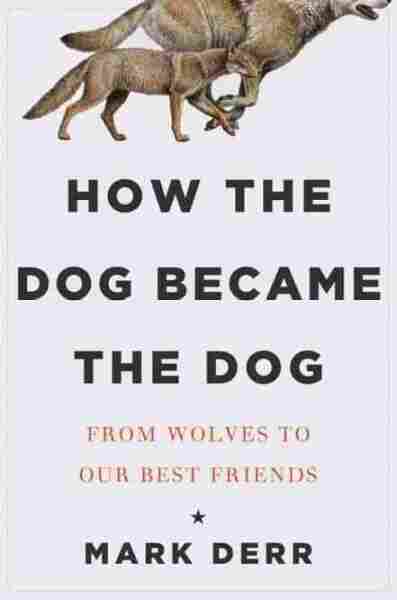 How the Dog Became the Dog

From Wolves to Our Best Friends

"[That's when] they started traveling together, and they've been at it ever since," he says. "The dog is a creation of wolves and humans — of two equal beings that came together at a certain point in history and have been together ever since."

Derr says our ancestors likely followed behind wolves as they hunted for game on the trail. Wolves, in turn, learned to wait for scraps from bipedal hunters — who were far more accurate with their rudimentary weapons than the wolves were with their teeth.

"The wolf could say, 'These people are far more profligate hunters than we are. When they go out, they always leave a surplus. It's easier for us to take the scraps that they have than to hunt,'" says Derr. "Hunting is a highly energetic activity. And they could learn from each other, just by observing each other."

As humans and wolves began to work and live together, physical features on the wolf began to change: Its skeletal frame grew smaller, and its jaw shortened. Wolves that socialized well with humans began to travel with them, and then were able to pass on their genes.

"You had populations of dog-wolves that became isolated, and in doing so, they began to inbreed," says Derr. "And when you inbreed, you get genetic peculiarities that arise, and then those peculiarities become part of the population. If they work or become popular or have some function of beauty or utility, then they were kept by the humans — and that population then spreads those through other populations through breeding."

Fossils of wolves and dogs have been found in early hunting camps. In China, researchers have found evidence that some hunters were raising millet to feed to their hunting companions.

"This kept the dogs alive during times of thin meat," says Derr. "When they weren't getting as much meat as they wanted, they would feed [the dogs] millet. That would indicate that the early dog was being used as a hunter, but also that it was highly valued."

The Road To Recovery For Michael Vick's Dogs

Michael Schaffer: America Is Going To The Dogs

"There's something about them that makes us friends with them. There are people who dislike dogs for sure. But dogs also have an uncanny ability ... to walk in a room and pick out the one or two who seem to dislike dogs the most and make friends with them. It's happened to me with some of my dogs on numerous occasions. I think there's a deep — some people call it love, I call it a 'deep empathy' between these two species that resonates with each other in a way that makes them comprehensible to each other, even though they don't speak the same language."

"There are some people who suggest that the small dog, because of its size, was a curiosity, an easier dog to have as a companion. In much of American history and even today, you'll find people who have two dogs: a large dog, who is in the yard, and a small dog, whose job is to kill rats and make a noise if somebody comes near, be a companion or playmate for the children, or a guardian."

On the cultural evolution of dogs

"This is one of the reasons why people like to speak of the dog as a separate species than the wolf, even though they're so closely related. The dog lives with us in a way that wolves don't. It is created by us in different ways."

"I'll say it bluntly, and it has to be said: Some of these breeds are incapable of giving birth without C-section. ... I think that it certainly is wrong to produce animals that aren't healthy. It's bad for the animal and bad for the people who take them into their homes and find out that this dog they love is going to die at a very young age because of an inheritable disease. ... We really should ask ourselves whether it is fair to the animal to do that. I am of the opinion that it's not."