Accessibility links
'The Wandering Falcon': A Rich Picture Of A Forbidding Place Steve Inskeep says Jamil Ahmad's novel The Wandering Falcon presents a compelling picture of the border areas between Pakistan and Afghanistan that otherwise are known mostly for bombs and bullets.

'The Wandering Falcon': A Rich Picture Of A Forbidding Place

'The Wandering Falcon': A Rich Picture Of A Forbidding Place 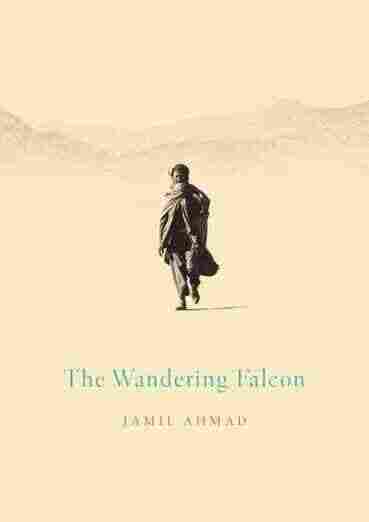 I've been meaning to write you for the longest time about The Wandering Falcon, a novel that illuminates one of the most perilous regions of the world. The book, recently published in the U.S., engages your head as well as your heart — and the story of its creation is as fascinating as the book itself.

Jamil Ahmad was a Pakistani civil servant, holding senior posts in the tribal areas all along the border with Afghanistan. "The tribal areas" is one of those phrases we repeat all the time in news broadcasts. Sometimes we call them "mountainous tribal areas" or "lawless tribal areas," where militants are suspected of hiding from the overhead cameras of American drones. Jamil Ahmad, however, portrays the tribal areas in a way that would be difficult to sum up in a stock phrase.

I first heard about Mr. Ahmad while visiting Islamabad last spring. When covering the news in a foreign country, you should always keep an eye out for the writers and artists and cultural sites — they can tell you so much. Over dinner, a friend said I really needed to know about The Wandering Falcon. She was so certain of it that she loaned me a copy. And I only had to read a few chapters to know she was right. The next evening two colleagues and I visited Mr. Ahmad and his wife at their home, recording a conversation you can listen to here.

Jamil Ahmad began writing his book in the 1970s, but no publisher wanted it. Still his wife believed in it, and continued putting it in front of editors, journalists, anybody who might take an interest. He made some revisions, too. Decades later, it finally caught the interest of a publisher and arrived in Pakistani bookstores to tremendous acclaim last spring. Ahmad uses his book to explain the culture of different tribal groups along the border. He begins by following the path of an orphaned boy who moves all the way from west to east along that harsh and forbidding land.

This boy is the wanderer — the "wandering falcon" of the title. If you're a parent, as I am, you instantly care so much about that boy and his fate that you can hardly stand to stop reading. The early chapters are reminiscent of masterpieces like Cormac McCarthy's Blood Meridian, which also features a boy alone in a gorgeous but harsh and often terrifying desert landscape.

As critics have noted, the later chapters wobble sometimes. In places, we almost lose sight of the boy as Ahmad introduces new characters and their stories. This was originally a book of short stories; the idea to weave them into a novel was a brilliant concept, just not perfectly executed.

Yet all the way through, the characters, the tales, and the landscape are rendered with clarity, sympathy, and insight. The author makes us travel with him. We feel as though we ourselves are with the miserable soldiers posted in Pakistan's western desert, where an annual sandstorm lasts a third of the year. We are with the nomads who annually drive their herds of animals across the international border, only to be baffled and enraged when they learn the border is now to be enforced. We are witnessing the plans being made for a kidnapping in North Waziristan, a region better known to news consumers as a hideout for Afghan militants.

Later, we ourselves can see a snow-capped mountain in the moonlight — and high on that slope, the silhouettes of ice-cutters, who for many years have been hacking away at glaciers to bring some refrigeration to the valleys below. The book offers a rich picture of the "mountainous, lawless tribal areas" we have previously known mainly for bullets and bombs.