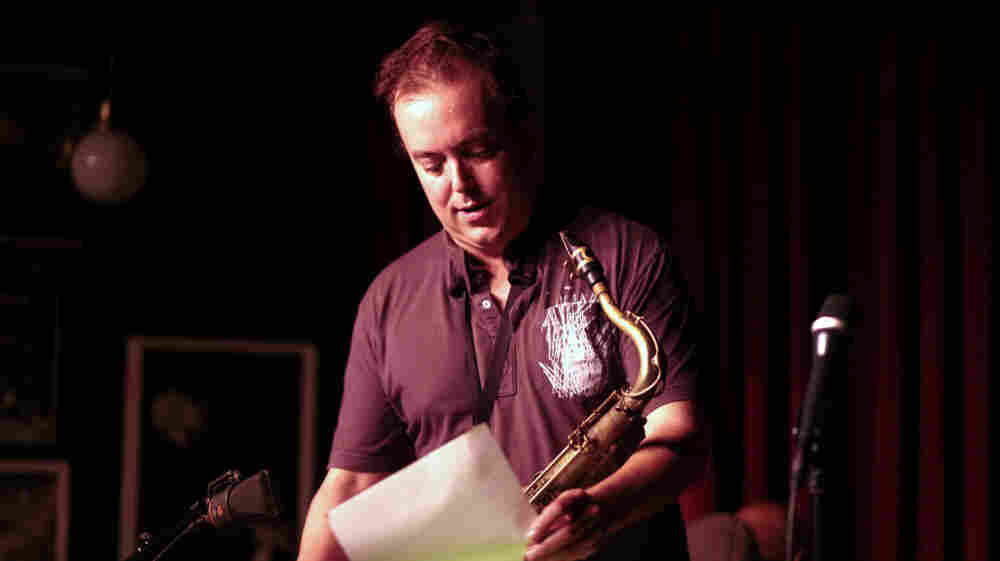 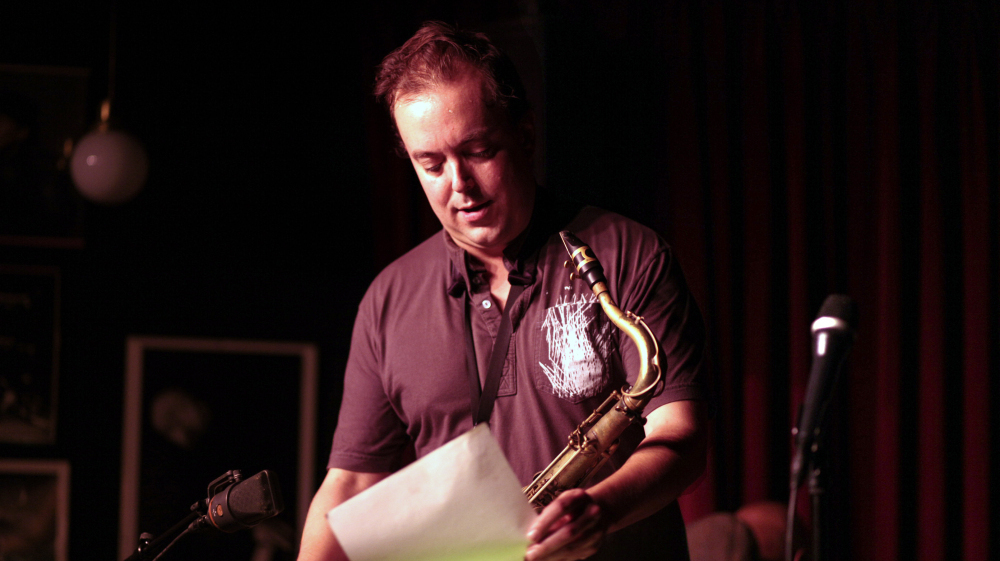 Bill McHenry Quartet in Concert at the Village Vanguard

When he leads a band playing his own tunes, the New York-based tenor saxophonist Bill McHenry makes uncommon, beautiful music. Call it modern jazz if you must; it can get a bit abstract, a little loose. But "modern jazz" often connotes something hypertechnical, or noodly, or lost in advanced harmony, and this isn't exactly that. It's often slow, or at least deliberately spacious, and aspiring to something pretty and aching. And it's finished by a player who gets a meaty, lustrous sound from the horn.

Later this month, Bill McHenry will release a new album's worth of this music — his third with his current quartet — called Ghosts of the Sun. But before that, he plays a week at the Village Vanguard with a completely different lineup, including the great seasoned drummer Andrew Cyrille. NPR Music and WBGO presented a live video webcast and radio broadcast of the Bill McHenry Quartet from the club Wednesday, Nov. 9, in which McHenry played some of the tunes on the new album.

McHenry has now led five records with a quartet featuring guitarist Ben Monder, plus one disc of duets. But Monder is out for this date; Orrin Evans is in on piano, providing a change in both timbre and approach. Eric Revis, the longtime bassist for Branford Marsalis, brings his versatility to the gig. And then there's Andrew Cyrille, a drummer who has made his name working in the so-called avant-garde strains of jazz, but has lived through much more than that. He's soon to be 72; his bandmates are in their 30s and 40s.

Raised in Maine, McHenry came to New York in 1992. That makes him something of a late bloomer compared to the generation of musicians around him, at least regarding the public spotlight. But working in Guillermo Klein's Los Guachos and in a quartet co-led with trumpeter John McNeil, as well as other sideman opportunities, have given him chances to shine. And on Ghosts of the Sun, he continues his working relationship with the drummer Paul Motian, now several records strong; they share a knack for compositional style and coloring outside the lines.

At the Village Vanguard, McHenry is becoming a regular sight, whether as sideman or leader. In fact, in 2009, NPR Music and WBGO recorded the Bill McHenry Quintet — a completely different group — at the legendary New York club, a performance still available on this site.