Accessibility links
Jill Lepore: The Politicization Of Birth Control And Abortion Historian Jill Lepore writes about the early history of the birth control and abortion movements in this week's New Yorker. "I think it's easy to lose perspective [that] actually the arguments made by one side or another have switched sides over time more than once," she says. 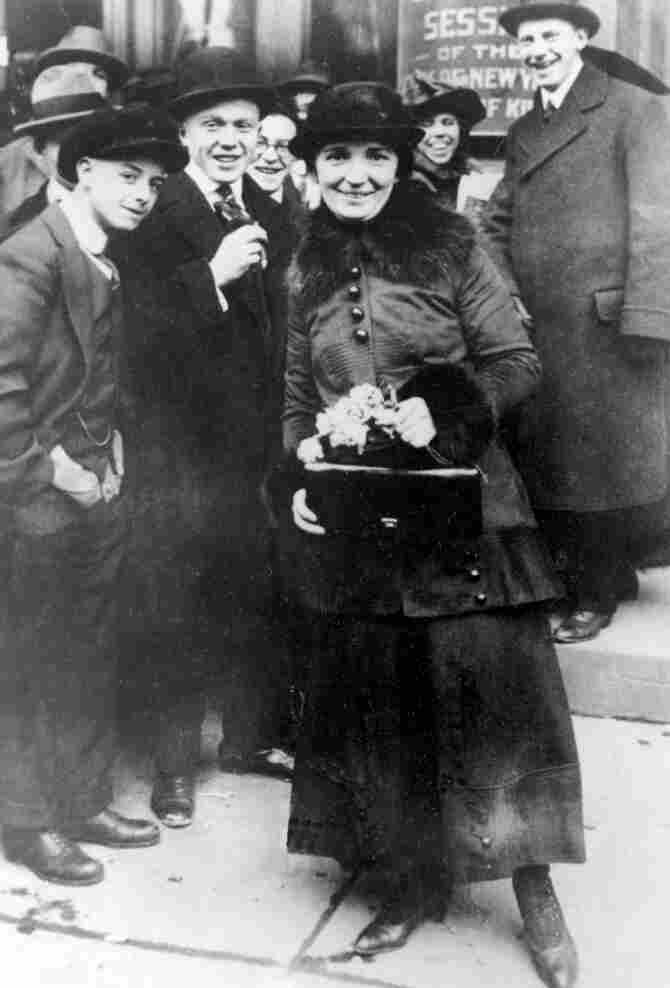 Margaret Sanger, who established Planned Parenthood, poses in 1916 outside the Brooklyn Court of Special Sessions after her arraignment for distributing information about contraceptives in New York. AP hide caption

The first birth control clinic in the United States opened in 1916. It was operated by Margaret Sanger, who started the clinic after becoming outraged that she couldn't give her patients — poor women in the tenements on New York City's Lower East Side — information about contraceptive options.

"Sanger [went] to these squalid, crowded homes of these young women bearing many children who are begging her — while giving birth — for information about contraception," says historian Jill Lepore. "And it [was] illegal for her to give them any information."

Lepore's latest New Yorker piece chronicles the history and politicization of birth control in America. "From the start," she writes, "the birth-control movement has been as much about fighting legal and political battles as it has been about staffing clinics, because in a country without national health care, making contraception available to women has required legal reform."

Sanger was well aware of the legal battles. Before she opened her birth control clinic, she wrote a letter to New York's district attorney, informing him that she planned to provide printed pamphlets about contraceptive options. Passing out such information was illegal under the 1873 Comstock Law, which prohibited the distribution of any printed information deemed obscene.

"[The Comstock Act] classified all sorts of printed material as obscenity and specified contraception as obscene so that it [was] illegal to send through the U.S. mail ... information, even in a philosophical sense, about reducing a woman's fertility," says Lepore.

Nine days after Sanger opened her clinic in Brooklyn, an undercover police officer came in, posing as a mother who couldn't afford to raise more children. Sanger sold the officer a copy of "What Every Girl Should Know," a pamphlet about contraception and STDs. Shortly after, Sanger was arrested and sentenced to 30 days in prison.

"The courts ... ruled against her and said 'A woman's right to life gives her the right to not have intercourse with a man,' " says Lepore. "Sanger's argument is that a woman has a right to have sex without fear of death [during childbirth]. And the court rules against her."

Gathering Support From Clergy And Physicians

On appeal, the court ruled that it could be permissible for a doctor to talk to women about contraception. That ruling, says Lepore, was the great legal change that made it possible for Sanger to open up clinics across the country where doctors could talk to women about birth control. Sanger also reached out to the medical community as allies. In the late 1930s, the American Medical Association ruled that doctors who were willing could and should give information about birth control to their patients.

"It takes years for that to succeed, but that was a huge success for Sanger and probably her most important success," says Lepore. "There are people who think that was a tactical error — that there would have been ways to better reform the system so that the power of contraceptives didn't go exclusively into the hands of the medical community — but that was the tactic that Sanger thought would be most successful."

By the 1930s, a Gallup poll showed that 75 percent of Americans favored contraception. Sanger's organization, then called the American Birth Control League, reached out to the medical community and clergymen for support. In 1931, a committee of the Federal Council of Churches of Christ endorsed contraception in order to promote "marital love."

That struck Lepore, she says, because of how people think of birth control and religion today.

"A big reason why I wrote this piece was to try to ask us to remember that things have not always been thus," says Lepore. "This set of issues around birth control and abortion seems so overdetermined, as if they are naturally partisan ... or had been consistent over time."

But that was not the case in the 1930s and 1940s, when birth control gained religious support from Protestant and Jewish leaders. In 1936, a federal appellate court removed contraception from the obscenity category. 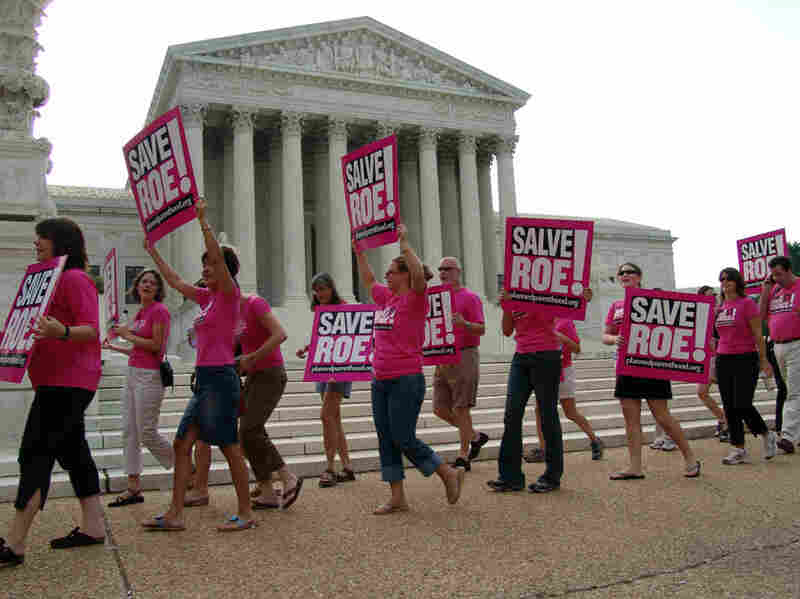 People supporting a woman's right to an abortion march in front of the U.S. Supreme Court in Washington, July 20, 2005, the day after John Roberts was nominated to become the court's chief justice. Anonymous/AP Photo hide caption 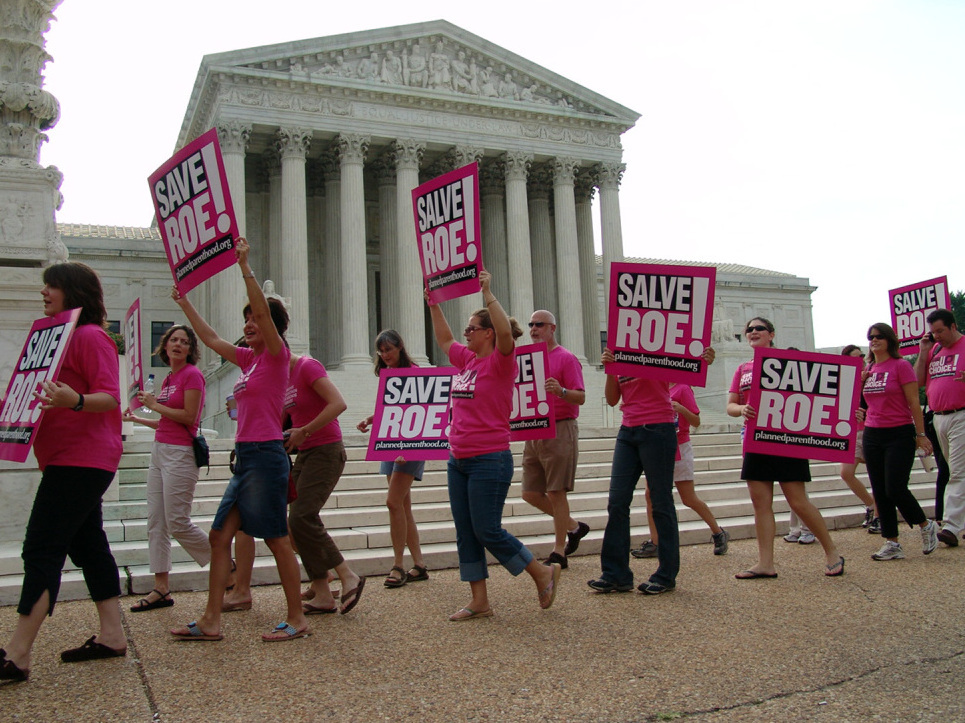 People supporting a woman's right to an abortion march in front of the U.S. Supreme Court in Washington, July 20, 2005, the day after John Roberts was nominated to become the court's chief justice.

"By [then], the organization is so mainstream and so respectable and such a mainstay of American life," says Lepore, "that its leaders consider the phrase 'birth control' to be too radical, too controversial and too much of a demand."

By the 1960s, the landscape had changed. In 1965, the Supreme Court struck down a rarely enforced Connecticut state law that prohibited the use of contraception. The Griswold v. Connecticut ruling established that the Constitution protected a right to privacy, which meant that contraceptives were legal.

"Planned Parenthood [is now] an organization that is very far from what Margaret Sanger intended it to be," says Lepore. "By the 1960s, there's this widespread panic in the United States about a population explosion, and so the watchword now is 'population control' and not 'birth control.' "

By the late 1960s, Richard Nixon was pushing Congress to increase federal funding for family planning. In 1970, he signed Title X into law. The bill provided federal government funds for family planning services. A year later, Nixon reversed his position on Title X, after his advisers suggested he could divide the Democratic Party by taking a strong stand against abortion services. (Though abortion was illegal at the time, some restrictions had been lifted and it could be performed, in some cases, on military bases.)

"He begins talking about the sanctity of human life, and he then opposes Title X funding as part of his campaign to court Catholic voters when he runs for re-election," says Lepore.

Nixon was re-elected in 1972. A year later, the Supreme Court issued its key ruling on abortion, Roe v. Wade. Lepore says she decided to focus on the years before Roe v. Wade in her piece because she was able to track how issues like birth control and abortion became partisan over the years.

"I think a lot of that comes from moral posturing around this issue. I think we would do better if we could have these conversations outside of a partisan arena where there is far too much to gain by making these issues partisan," she says. "You can track over American history how much people have gained by staking out these partisan positions, and I think it's a real tragedy." 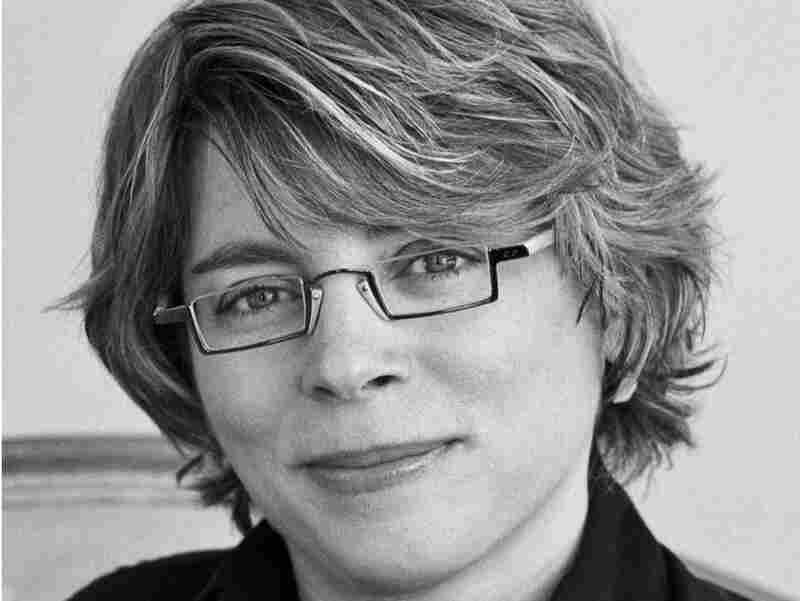 Jill Lepore is a professor of American history at Harvard University and a staff writer for The New Yorker. The New Yorker hide caption 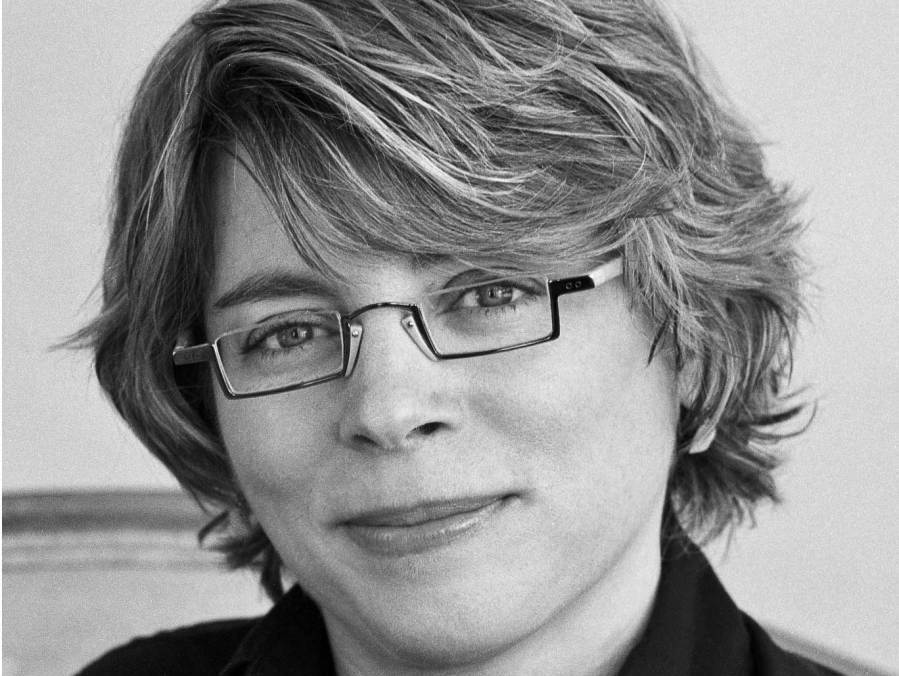 Jill Lepore is a professor of American history at Harvard University and a staff writer for The New Yorker.

On the politicization of birth control and abortion

"I really do think that it is the great tragedy of American politics that this issue divides us so profoundly. It's a very painful issue to talk to just about anybody with, and I think there's a surprising lack of basic human charity when people talk about this issue, no matter what their position. I feel that so much of the kind of murderous rhetoric of American politics and what we decry as the 'decline of civility' or 'hyperpartisanship' are really troubling as a citizen to watch. And I do think that even when we're not talking about abortion, we are talking about abortion."

On Margaret Sanger and eugenics

"She founds a journal called the Birth Control Review, and she asks [Paul] Poponoe, [the co-author of Applied Eugenics] to contribute to it. She goes to D.C. to debate Poponoe. These eugenicists that Sanger is courting are actually generally opposed to birth control because they considered it, and Poponoe writes at the time, that 'birth control is the reverse of eugenics.' So what someone like Poponoe believes is that the population can be improved by encouraging the fit to biologically reproduce and by discouraging the unfit to reproduce. Poponoe's objection to birth control is that it is widely used and has already been widely used by the people he considers to be the fit. So Poponoe refers to Sanger and the likes of Sanger as 'sob sisters' who are interested in giving women the right to control their reproductive processes, which has nothing to do with eugenics. Eugenicists want basically to coerce the poor to not have more children and in some cases, and Poponoe is among those people who want to, force the poor to not have more children."

"Sanger is a really complicated character. She's not a likable character. As someone who reads people's letters and diaries all the time, I'm always falling in love with people in the archives. They're very companionable — certain people whose papers I read. Sanger is not that type of person. She is a tough, tough character. I think she's quite reckless and quite heedless."

On Sanger and abortion

"Sanger was opposed to abortion, and the birth control movement was always, in those decades, was about making contraception more readily available to women to reduce the abortion rate."

On the current state of politics

"We're so fixed and stuck and at this political impasse and have been at it and stuck in it for so long. I think it's easy to lose perspective on, actually, the arguments made by one side or another have switched sides over time more than once."

On criticism of Planned Parenthood during the 1950s and 1960s

Birth Control In The Cabinet: Planned Parenthood In The Archives