Accessibility links
In Post-Gadhafi Libya, Enmities Continue To Smolder Revenge attacks are alarming those hoping for a swift transition to peace in Libya. Some villages where loyalists to overthrown dictator Moammar Gadhafi used to live are now abandoned, and locals hope they stay away. As well, militias still have their weapons, and regional rivalries are at play. 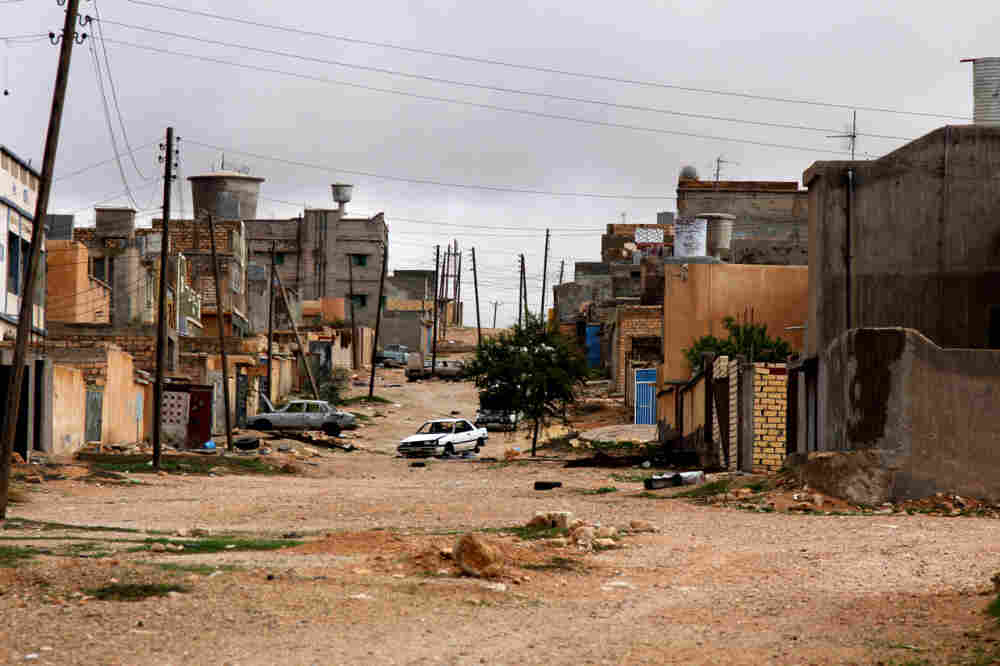 In Libya's Nafusa mountains southwest of Tripoli, the sight of abandoned villages and idle fighters hanging onto their weapons gives bleak testament to the fact that not everyone in the country is ready for the violence that overthrew former dictator Moammar Gadhafi to end.

In one windswept mountain village outside the city of Zintan, the only sound is the lonely clatter of a door against the gate of an abandoned house. Burned-out cars and a foam mattress soaked from the rain litter the street; most of the houses look as if they've been looted.

The village used to be populated by members of a nomadic southern tribe called the Mushashya, whom Gadhafi imported to the area decades ago. 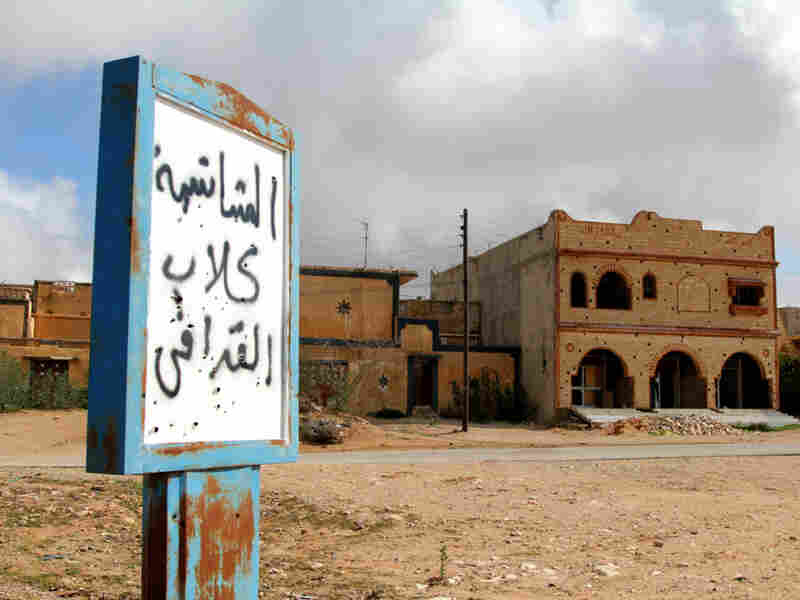 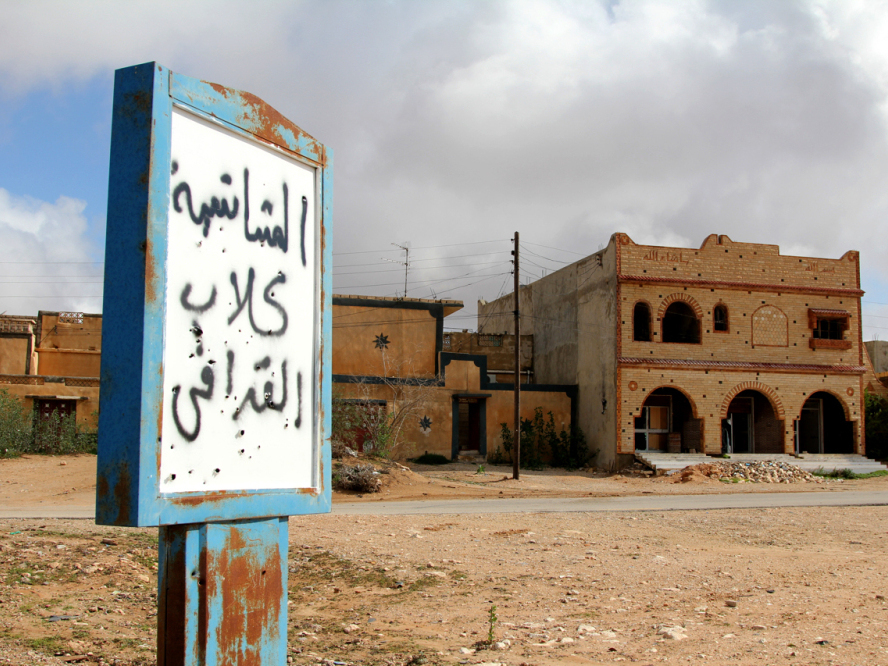 A sign in the abandoned village near Zintan reads, "Mushashya: Gadhafi dogs."

Now, a sign in the town bears a handwritten scrawl that says, "Mushashya: Gadhafi dogs." Local residents are hoping the pro-Gadhafi families who were driven out don't come back.

The people of Libya have just finished marking Eid al-Adha, or the Feast of the Sacrifice, the first national holiday since Gadhafi's death. As families mourn the sacrifice of the young men who gave their lives to the revolution, revenge attacks and militia rivalries are alarming those anxious for a swift transition from war to peacetime.

Matoug Merdassi, an anti-Gadhafi fighter from Zintan, says the Mushashya families can never come back, because when Zintan rose up against the dictator, they joined with the loyalist forces against their neighbors.

Massoud al-Keesh, 55, says that when the uprising began, Mushashya people gave the village to the army, which used it to rocket and shell Zintan and the surrounding towns.

It's a story that's being played out in other parts of Libya as well. Outside Misrata, the town of Tawergha remains abandoned after its residents let the Gadhafi army launch assaults on Misrata from there.

Some Misrata fighters are suspected of committing atrocities, but Zintan fighters say they are more humane.

An unannounced visit to a makeshift prison in Zintan reveals a few dozen prisoners with no visible signs of abuse who say they've been treated well. Libyans, other Africans and even one Serb are sprawled on mattresses in a dimly lit basement, awaiting an unknown fate.

One prisoner, a former general in Gadhafi's army, says he had not seen any combat. Husni Mohammed Katy hopes to be allowed to join the new army because that is all he knows after 30 years in the military.

The volunteer head of the Zintan local council, Attaher Tourki, says he'd like to release some prisoners for the holiday, but they first need to determine those who have blood on their hands, who will need to stand trial.

Reluctance To Turn In Weapons

A slim, energetic man with salt and pepper hair, Tourki was studying for an advanced engineering degree in Britain before the revolution. He says getting fighters to turn in their weapons is the top priority, but so far he has no alternatives to offer these young men.

The fighters have given back the tanks, Tourki says, but when asked for other weapons, they say they will turn them in once they see a new government formed.

"That's the main concern. Because all of them [are] young people; they lived for six months in war. And I can't promise them, because, as you know, I have nothing," Tourki says. "To be honest with you, yes, we have some guys or some young people out of control."

The worst incident in recent days was a deadly shootout at a Tripoli hospital involving different militias, including one from Zintan.

Zintani fighters are in charge of security at Tripoli's international airport. The commander, Mukhtar Akhdar, whose leathery face is framed by a traditional turban, acknowledges there was a problem at the hospital, but says pro-Gadhafi elements are using such incidents to sow discord among the militias in the capital.

Akhdar says the fighters can't relax their vigilance now or the revolution could still be undone. But he also adds that militia leaders are in discussions about how to unify their efforts, and he hopes an announcement will be coming soon.