Accessibility links
Biofuels Start To Take Off In Airline Industry This week, a Continental flight from Houston to Chicago used a biofuel blend made in part from algae, and Alaska Airlines will fly passengers using a fuel made in part from cooking oil. The fledgling environmental effort has many hurdles, as biofuel costs nearly six times as much as regular jet fuel. 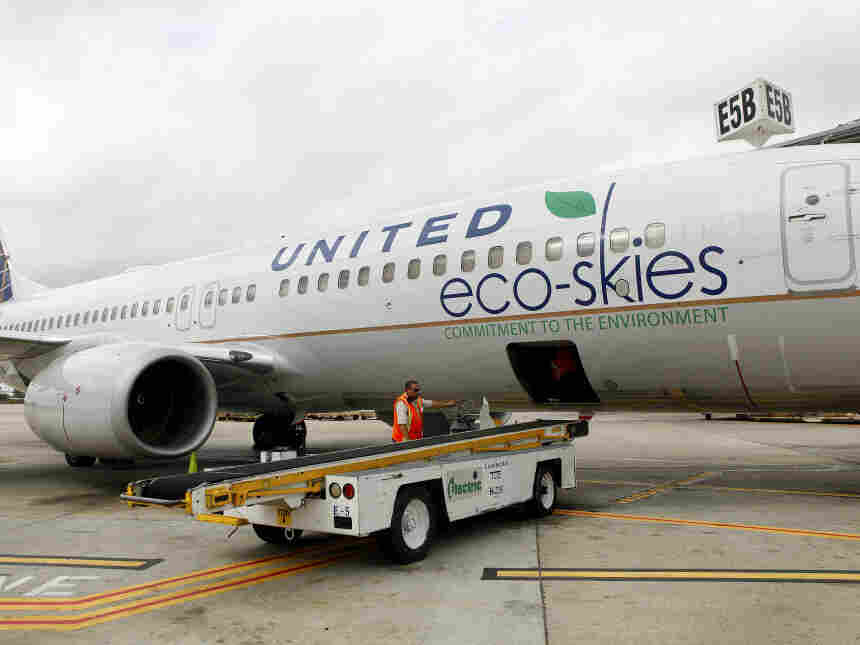 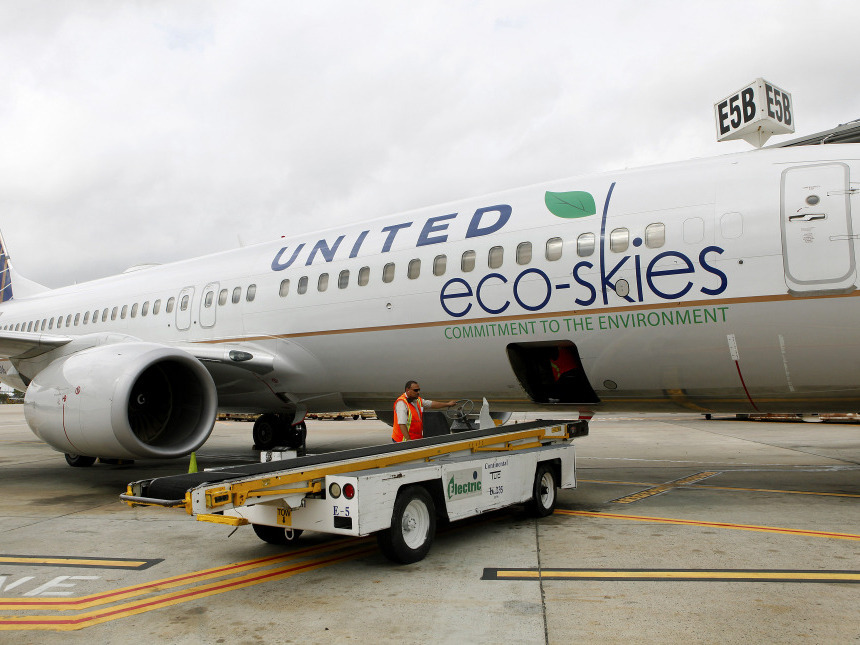 This week, two U.S. airlines will be flying passengers on flights powered by biofuels for the first time. On Monday a Continental flight from Houston to Chicago used a biofuel blend made in part from algae, and Wednesday Alaska Airlines is set to fly passengers using a fuel made in part from cooking oil.

If all goes well, more airlines may start to use alternative jet fuels. But the shift is not without its challenges.

"So the next kind of big thing on the horizon, because efficiency can only get us so far in terms of reducing our carbon footprint, is the biofuels arena," Lawrence says.

She says the biofuel the airline will be using will provide a 10 percent reduction in carbon emissions compared with conventional jet fuel. The company has bought enough for 75 flights to Washington, D.C., and Portland, Ore., and she promises it won't pass any extra costs on to consumers.

But this next step in Alaska Air's evolution isn't exactly the gold standard of green. This particular batch is sourced from used cooking oil that's not even local: It comes from deep fryers in Texas and is processed in New Orleans.

Dean Williams, a chemist who operates the fuel facility for Sea-Tac Airport in Seattle, says Alaska Air's new biofuel will come via rail car and tanker truck, both of which increase the carbon footprint.

But he says this batch of fuel is not really that different from conventional jet fuel. (And, in case you're wondering, it doesn't smell like french fries.)

"It smells better than a gas station in here. We have good air conditioning in here and good quality control, but that's one of the things about jet fuel is it is safe and clean and very highly regulated, as far as quality," Williams says.

He says you can blend in up to 50 percent biofuel if it passes certain chemical tests.

Bill Glover, Boeing's strategist for environmental policy, says different airlines have different ways of reducing the air pollution they create. But before they can do that most effectively, the industry has to build a whole new supply chain for biofuels. 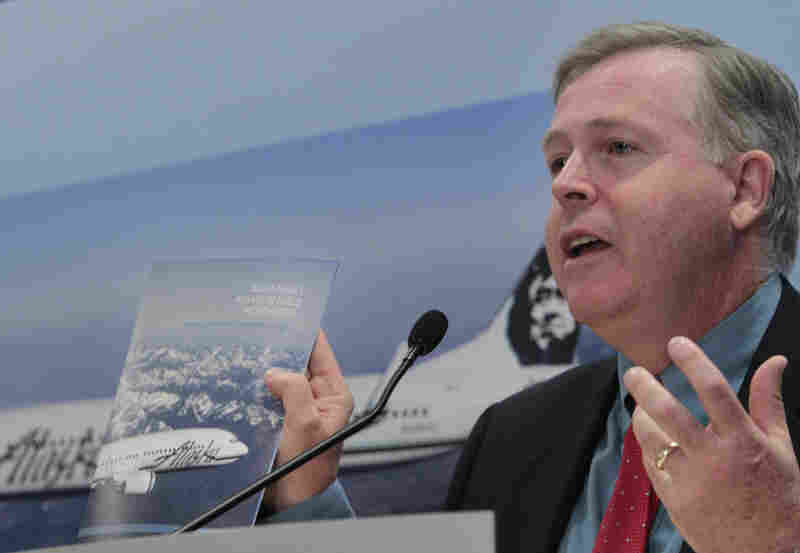 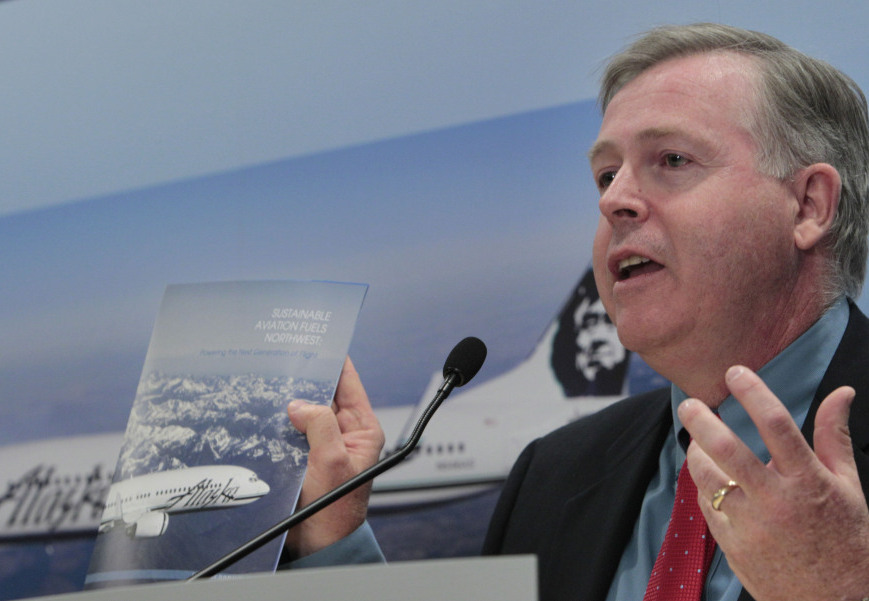 Bill Glover, vice president of environmental and aviation policy for Boeing, discusses biofuel feasibility at Sea-Tac Airport in Seattle in May.

"It's going to take a little while to get the infrastructure in place, get the volume and get some of the economics a little more favorable," Glover says. "But our ... near-term target is 1 percent of all the aviation fuel have some bio-content by 2015."

Richard Aboulafia, an aviation analyst with the Teal Group in Fairfax, Va., says real progress is at least 15 years away.

"What you've got is somewhere between advanced showmanship and expensive subsidies," he says.

Aboulafia says Alaska's pilot project might not be getting direct subsidies but the whole industry is getting huge tax breaks. Glover counters that it's crucial for the biofuels industry to get this kind of support, because air travel is only growing — as is the pressure to become energy independent and reduce greenhouse gas emissions.

"We realize we have to take action to make sure that we keep carbon emissions small and find ways to ... drive them towards zero," Glover says.

But one of the things slowing that drive is the price. Alaska Air's biofuel costs nearly six times as much as conventional jet fuel. And the company is only willing to absorb the cost of a small number of demonstration flights, like the ones that take off Wednesday.