Accessibility links
U.N. Raises Questions On Iran's Nuclear Program The International Atomic Energy Agency failed to conclude definitively that the Islamic republic is engaged in a full-scale weapons program. But the agency said the evidence of hidden nuclear activity is growing, and the questions are deepening. 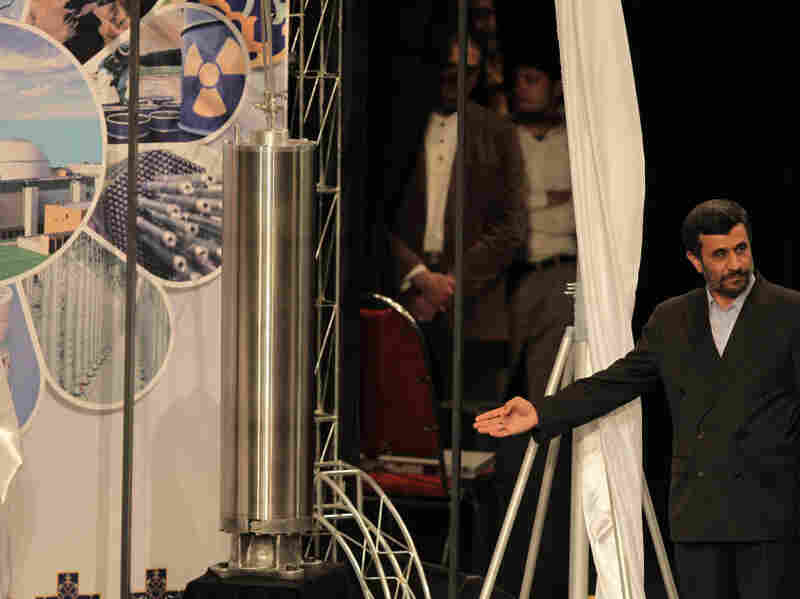 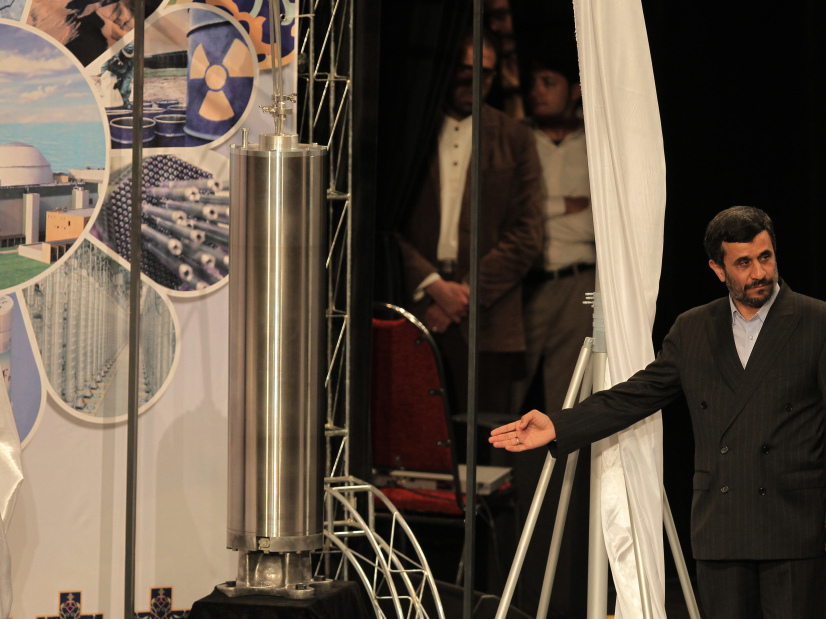 Iranian President Mahmoud Ahmadinejad unveils a sample of the third generation centrifuge for uranium enrichment during a ceremony in Tehran on April 9, 2010. Iran says its nuclear ambitions are peaceful.

The International Atomic Energy Agency released its much-anticipated report on Iran's nuclear program, but failed to conclude definitively that the Islamic republic is engaged in a full-scale weapons program.

Still, the U.N. nuclear watchdog's report raised some serious questions about what Iran is really doing in connection with nuclear weapons.

Maybe the most important message from the IAEA's latest report on Iran is that the evidence of hidden nuclear activity is growing and the questions are deepening. This was the most comprehensive and detailed of the IAEA's Iran reports, which go back eight years.

The IAEA decided to make public much more of its information, based on scores of visits to nuclear facilities in Iran, a thousand pages of documents, intelligence provided by 10 other nations, and interviews with participants in the nuclear program.

The cumulative evidence is designed to challenge Iran to provide some answers, said Muhammad Sahimi, who writes for the website Tehran Bureau.

"Most of the allegations about the possible military dimension of Iran's nuclear program are not really new, and had been reported in the past in various reports of the IAEA and by the press," he said. "But what was new in it was that the agency provides what seems to be more evidence of past allegations."

The report concluded that Iran developed a secret, structured nuclear weapons program before 2003. It also disclosed details of the program's organizational structure in the Ministry of Defense and elsewhere. That program was stopped abruptly after parts of it were made public, much to the dismay of Iran's leaders.

What the IAEA can't nail down is which components of that program continued or restarted after 2003, said David Albright, head of the Institute for Science and International Security. He said the program continued to receive funding, but it was more hidden and mingled among civil and military research institutes and among universities.

"They suggested some progress was made on some of the bottlenecks or problems that hadn't been solved when the program was shut down," Albright said. "It shows some evidence of ongoing work, and in fact some work that could be going on now."

Among the projects and technologies the report said Iran has worked on are neutron initiators and detonators that can start an explosion in a nuclear device; a range of nuclear weapons components procured outside Iran; and computer modeling of nuclear explosions.

Most of these elements have been mentioned in previous IAEA reports. One new element is a containment vessel that can be used to test high explosives that wrap around the uranium core of a nuclear device, Sahimi said.

The report is likely to disappoint those — some in the U.S. and in Israel, especially — who expected it would provide proof that Iran is pursuing a full-scale nuclear weapons program. That is not the case, Sahimi said.

"No, it is not conclusive, and even the report keeps using 'alleged,' " he said. "Even the agency appears not to be 100 percent sure whether these reports are actually completely correct."

He said that's why the IAEA demanded that Iran answer and explain certain aspects of the report that it isn't sure about.

Albright agreed, but said he thinks the agency has done a remarkable job.

"They don't have it all, but we're looking into a black box and trying to make sense out of a very secret program," he said.

In the past, Iran said the IAEA's allegations were based on forged documents. Now, the evidence is much greater and much more difficult to dismiss.