Accessibility links
A Family's Fight To Clear The Air The Galemore family is taking on the Ash Grove Cement Kiln in hopes of preventing hazardous emissions from poisoning their community.

A Family's Fight To Clear The Air

A Family's Fight To Clear The Air 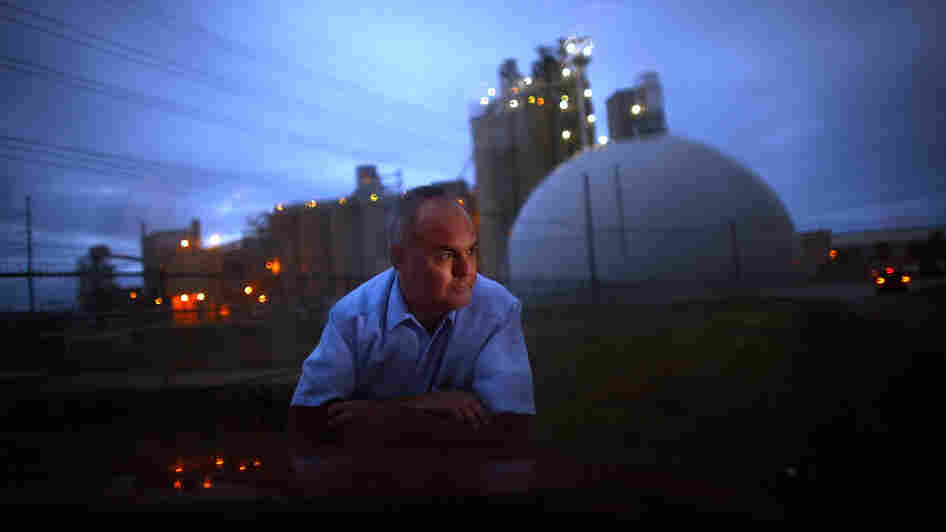 Jeff Galemore leans on his pickup truck near the Ash Grove Cement plant in Chanute, Kan. He and his family are concerned about the toxic emissions and are fighting for independent testing downwind. David Gilkey/NPR hide caption 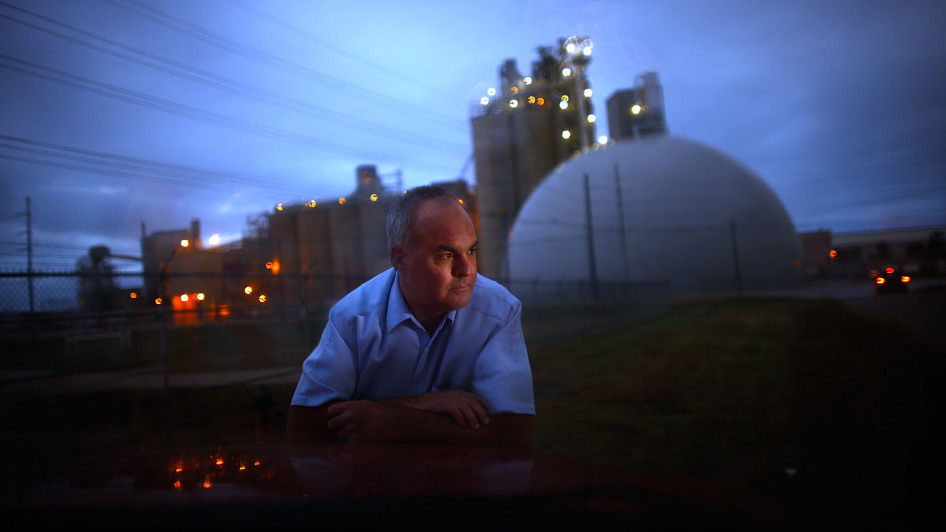 Jeff Galemore leans on his pickup truck near the Ash Grove Cement plant in Chanute, Kan. He and his family are concerned about the toxic emissions and are fighting for independent testing downwind.

Every polluted place in America probably has people like the Galemores, who are alarmed by the sicknesses around them, the strange substances falling from the sky, and the industrial facility on the north side of town.

They become environmental activists out of necessity.

"We're not really tree-hugging liberals," says Selene Hummer, 51, who shares a home-decorating business with her mother and drives around with a Sarah Palin 2012 bumper sticker on the rear window of her pickup. 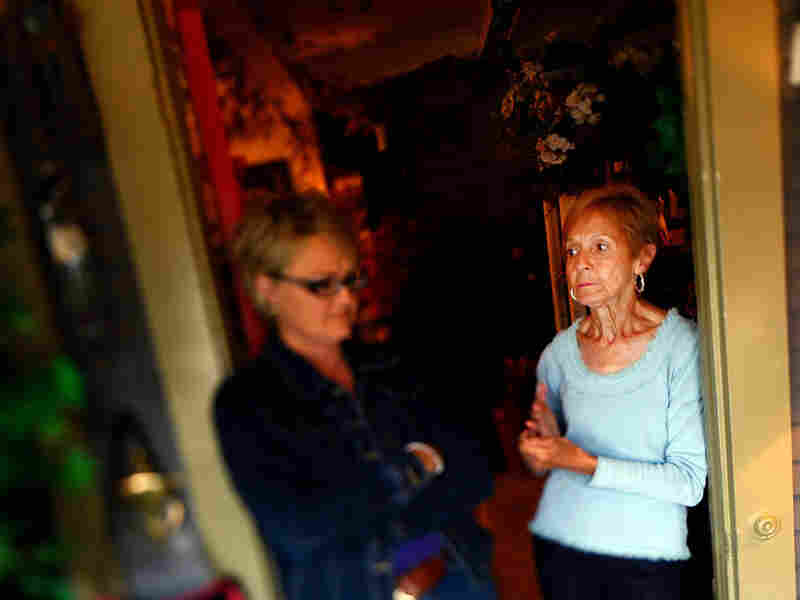 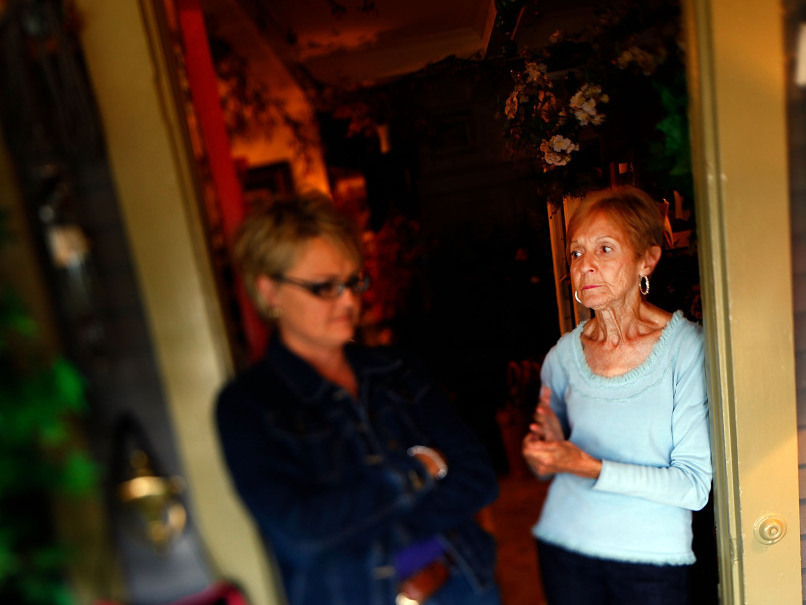 Selene Hummer, talks with her mother, Elsie Galemore, at her home-decorating shop in downtown Chanute, Kan.

"But when your environment becomes damaged," she says, "or you feel that you're being contaminated — I don't care what party you're in — this is your human life."

Hummer, her five siblings and their parents have made it their mission to challenge the century-old Ash Grove cement plant on the edge of Chanute, Kansas, and the state and federal regulators whose task is to protect them.

The Galemores are not naive. One brother sits on the City Commission; another is a county commissioner. There are eight businesses among them, including a pharmacy, a lumberyard, oil wells and a print shop. The family knows all about political and corporate power and influence in a small town. As a family, the Galemores challenged a tax abatement for Ash Grove and the city's issuance of an industrial revenue bond for plant modernization a decade ago.

Sarah Harris wrote about the Galemore family for Slate and The Center for Public Integrity and adapted her story for NPR. Here are related stories from the series, Poisoned Places: Toxic Air, Neglected Communities.

They already had enemies from their political activism when they began to focus on the hazardous waste Ash Grove uses for fuel. Still, they said they were shocked at the unfriendly reception they received when they organized a gathering of people concerned about Ash Grove pollution in October 2010.

Most of those attending wore T-shirts reading, "We are Chanute" and "Real Families, Kansas Jobs." Some were Ash Grove employees and their families. Others were community supporters of the plant.

"We were outnumbered, but we stood our ground," Hummer recalls.

"When I saw the flier for the meeting, I decided to do something," says David Orr, a Chanute native whose family arrived in the area in the first prairie schooners that carried pioneers. Orr had political battles with the Galemores and said he resented their new focus on Ash Grove, a model corporate citizen in his eyes.

"They tore this town apart and somebody had to stop them," Orr says. He helped print the T-shirts for the meeting.

Ads and letters in The Chanute Tribune accused the family of trying to shut down the plant. The Galemores were labeled the "Chanute al-Qaida." But they continued to press state and federal regulators, in contentious and argumentative meetings, to conduct independent testing of the water, air, sediment and fish in the area.

Galemore businesses were boycotted, the family says, and friends abandoned them.

The regulators relented this spring and agreed to conduct independent tests. They began collecting samples this summer, and some have been sent to labs for analysis. It's not clear when the results will be ready.

Orr is skeptical that the testing will make any difference to the Galemores. "They'll never be satisfied," he predicts.

The Galemores already worry that a misplaced monitor or misinterpreted test result will jeopardize the effort. 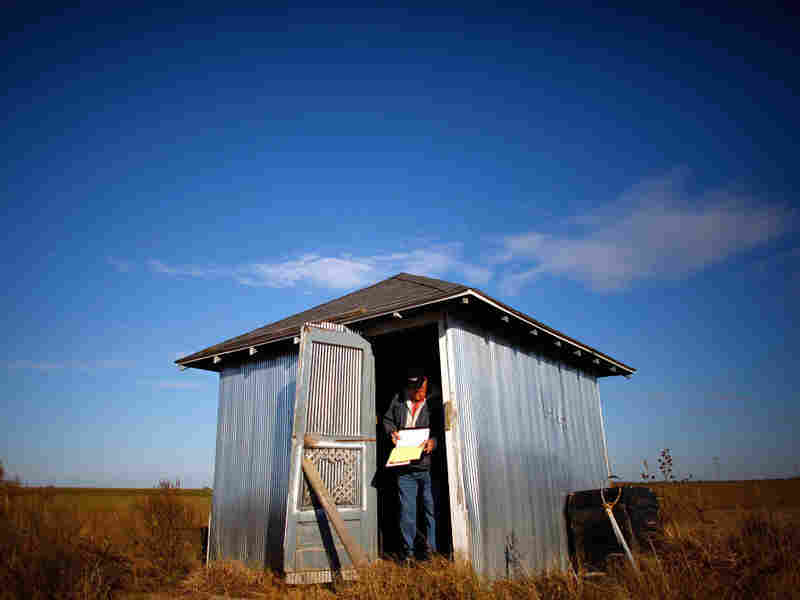 John Galemore checks the oil pressure on a natural gas line at one of the family's oil and gas fields outside of Chanute, Kan. David Gilkey/NPR hide caption 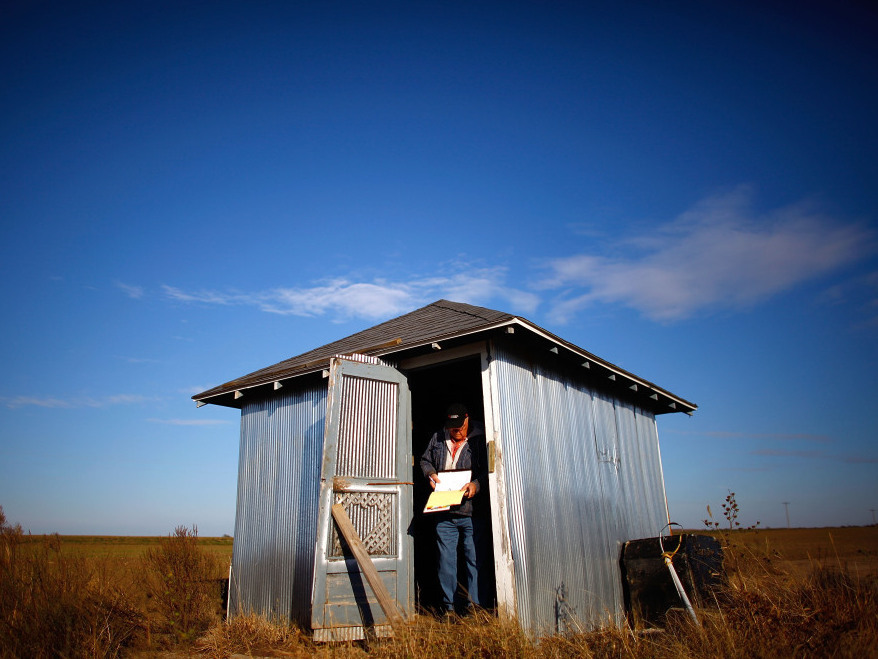 John Galemore checks the oil pressure on a natural gas line at one of the family's oil and gas fields outside of Chanute, Kan.

There are also indications that the family is growing weary.

"It is not good for somebody to continually be battling," Hummer says. In fact, some in the family are talking about selling their businesses and leaving the town they've called home for 40 years.

One of the nastier anonymous letters they received says:

"Wouldn't it be great to leave the imperfections of Chanute and its citizens behind and relish the perfection of Galemoreville in the Greek Islands?"

Hummer holds the letter at her parents' dining room table, which is filled with more threatening letters, photographs, boxes and boxes of documents, and plastic bags filled with rusted flakes that fell from the sky.

"It's getting real close," Hummer says with a sigh, "where we're now saying,'
Enough.' "

Sarah Harris wrote about the Galemore family for Slate and The Center for Public Integrity and adapted her story for NPR. Harris has worked at North Country Public Radio and is currently teaching at the Transom Story Workshop in Woods Hole, Mass.