Accessibility links
Perry Has An 'Oops' Moment At GOP's Michigan Debate The eight Republican presidential hopefuls focused on the economy and jobs. But there were dramatic moments on other issues: The audience booed a question about sexual harassment allegations against Herman Cain, and Rick Perry had an embarrassing memory lapse about one of his own proposals. 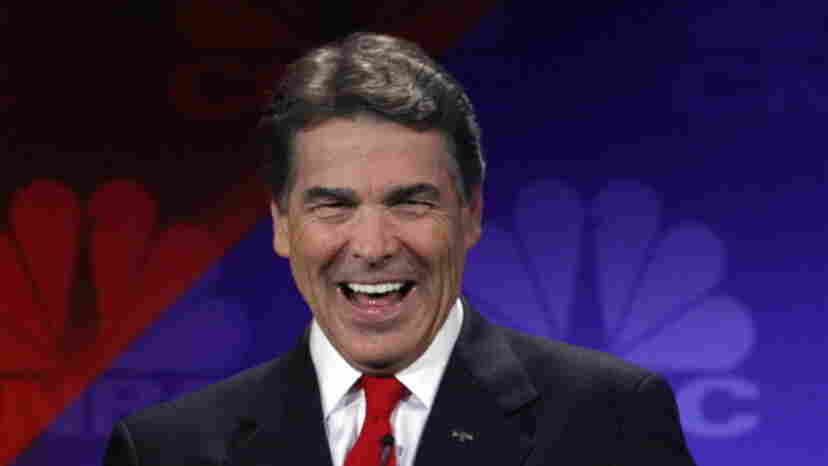 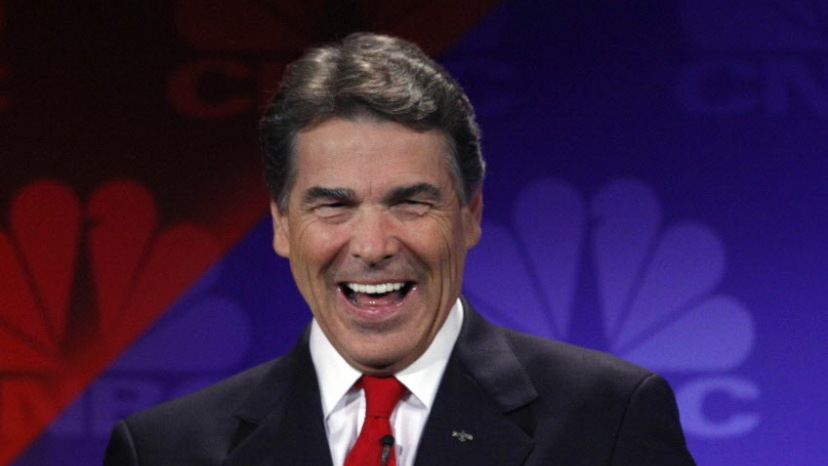 Texas Gov. Rick Perry was searching for the words "Department of Energy" during the CNBC debate Wednesday night in Auburn Hills, Mich.

Presidential hopefuls and voters alike sometimes get upset about so-called gotcha questions from reporters that seem designed to embarrass contenders. But Wednesday night's Republican debate outside Detroit demonstrated how some candidates have done a perfectly good job of "getting" themselves.

The debate had some dramatic moments — including one excruciating moment that Texas Gov. Rick Perry would probably like to forget. The comments focused on the economy and jobs, but there were also questions about the sexual harassment allegations against front-runner Herman Cain.

Sponsored by the business channel CNBC, the event got under way without opening statements; the CNBC anchors went right into questions. The first was about the financial turmoil in Italy and what should be done to keep U.S. markets from being dragged down further as a result. 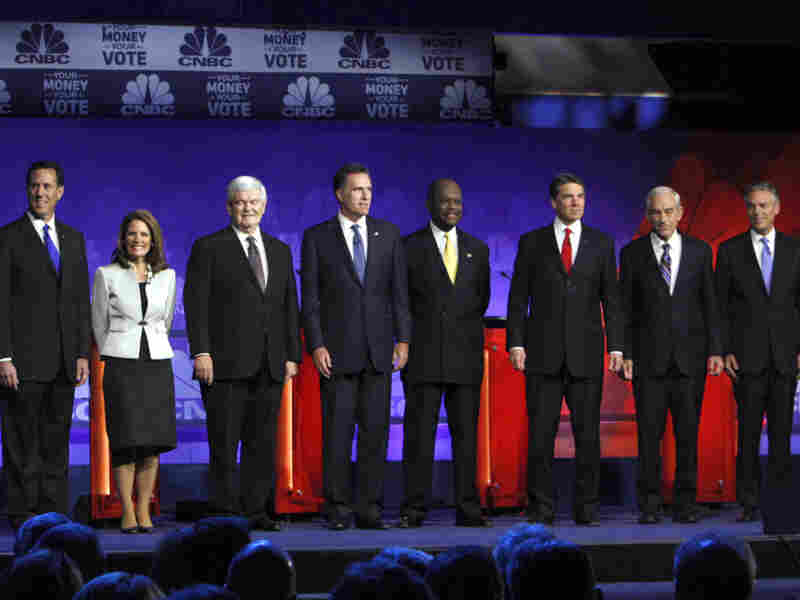 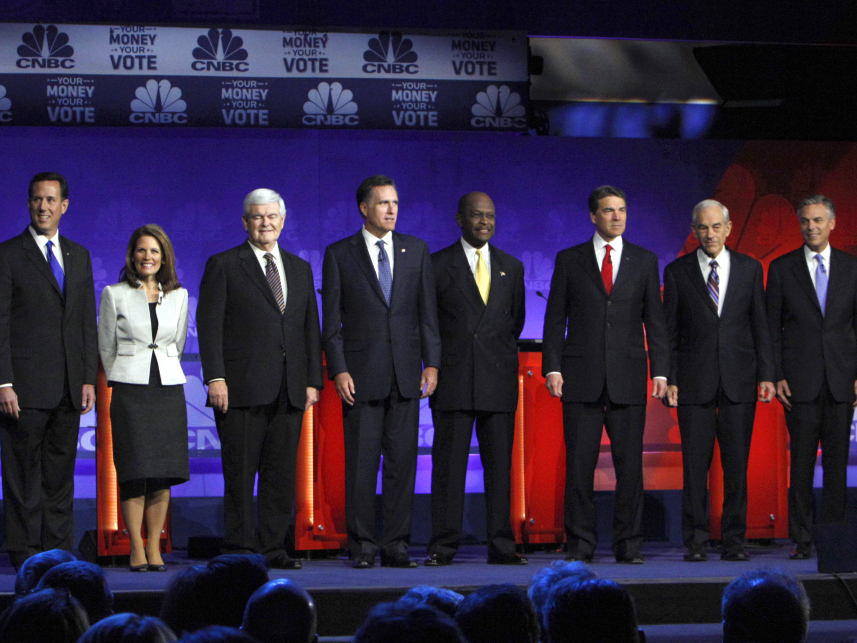 Next was former Massachusetts Gov. Mitt Romney: "There will be some who say that banks here in the U.S. that have Italian debt, that we have to save them as well. My view is no, no, no. We do not need to step in to help banks in Europe or here in the U.S."

Utah Gov. Jon Huntsman added: "If you want a window into what this country's going to look like in the future if we don't get on top of our debt, you're seeing it play out in Europe right now."

Weighing In On Bailouts

This being Michigan, the federal bailout of General Motors and Chrysler was next on the agenda. Today, those companies are making money again. Many thousands of jobs were saved.

But that wasn't the bottom line for Romney, who was born in Michigan. His father, a former Michigan governor, once ran a car company. But Romney insists that the bailout was a bad idea.

"My view with regards to the bailout is whether it was Bush or Obama, it was the wrong way to go," he said. "I said from the beginning, they should go through a managed bankruptcy process — a private bankruptcy process."

That's a position that could hurt Romney in Michigan if he's the nominee. But it's a common view among these GOP hopefuls.

CNBC's Maria Bartiromo then broached the subject that has dominated the campaign for more than a week — the allegations of sexual harassment against Cain. There were boos in the audience when the subject was mentioned.

Cain replied: "The American people deserve better than someone being tried in the court of public opinion based on unfounded accusations," and the crowd applauded.

The other candidates did not weigh in. Instead, the questions shifted back to the economy.

Then, well into the second hour of the debate, Perry started talking about the burdens of regulations. He said three federal departments could be completely eliminated: Education, Commerce and — he couldn't remember the third.

He struggled to think of it for more than a minute, and other candidates offered suggestions. But it was not until Perry was asked a different question later on that he remembered he had wanted to finger the Energy Department.

The lapse was painfully awkward for Perry and many of those watching. Perry was once leading the field with 30 percent in the polls, but weak showings in the debates have knocked him down to 10 percent or less.

As soon as the debate ended, Perry himself did damage control — walking into the press room to spin his own performance.

"Governor, what happened in there?" one reporter asked.

Perry replied: "I stepped in it, man. Yeah, it was embarrassing. Of course it was."

As for his future as a candidate, Perry insisted he's not done.

"I'll be in South Carolina on Saturday, and hopefully I'll remember the Energy Department. Thank you all."

Each of this campaign's 10 or so debates has been intriguing in its own way. The next one is set for Saturday in South Carolina.