Accessibility links
Epic Fantasy Meets Americana In 'The Dragon's Tooth' In The Dragon's Tooth, young-adult fiction writer N.D. Wilson shows that kids can be the keepers of the world's secrets, death is not always the end, and a roadside motel in Wisconsin can be just as magical as Hogwarts. 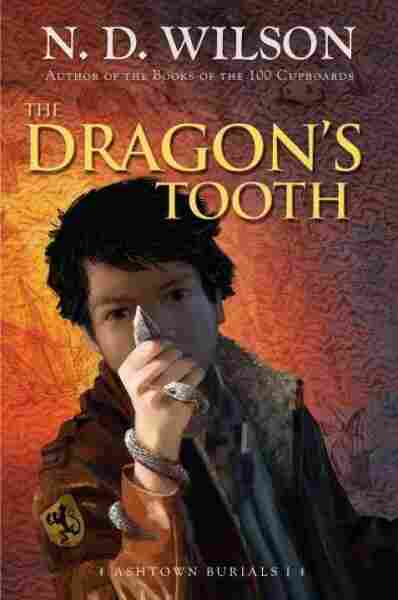 In the fantasy world of N.D. Wilson, kids are the keepers of the world's secrets, snakes also serve as protective necklaces, and death is not always the end.

Wilson is a writer of young-adult fiction, and in his latest book, The Dragon's Tooth — the first in his Ashtown Burials series — he tells a story that blends the contemporary with the legendary.

The book begins with Cyrus, 12, and his sister Antigone, 13 — two American kids living in a roadside motel in Wisconsin who get caught up in the intrigues of an old man who shows up at the motel, gives the siblings a key ring, and then dies.

That's when Cyrus and Antigone get swept up in an order of explorers that traces its roots all the way back to Brendan the Navigator, a sixth-century Irish saint who is said to have set sail in search of paradise.

Wilson tells NPR's Guy Raz how his version of St. Brendan's story ties into that of Cyrus and Antigone: "[He] sailed in a little leather boat across the ocean to North America and up the Hudson [River] and eventually into the Great Lakes and founded the outer outpost of his order of explorers, the Order of Brendan ... [in] a place called Ashtown."

At the beginning of the book, Cyrus and Antigone's stories are shrouded in mystery: We don't know what happened to their parents, but we know they're not around. And early on, their older brother, Daniel, goes missing.

Eventually it's revealed that they're actually closely connected to the order: Their own dad was a member who was expelled after the order wouldn't allow him to marry their mother.

"They have this historically very tenuous relationship with the order of explorers they're coming into," Wilson says. "Their dad was a great explorer, and then they never knew that. They just knew him as the peaceful, normal pops that they always had."

Bringing The Magic To America

Wilson says he had a few goals in mind while writing The Dragon's Tooth. The first was to write a fantasy story that American kids could connect with. 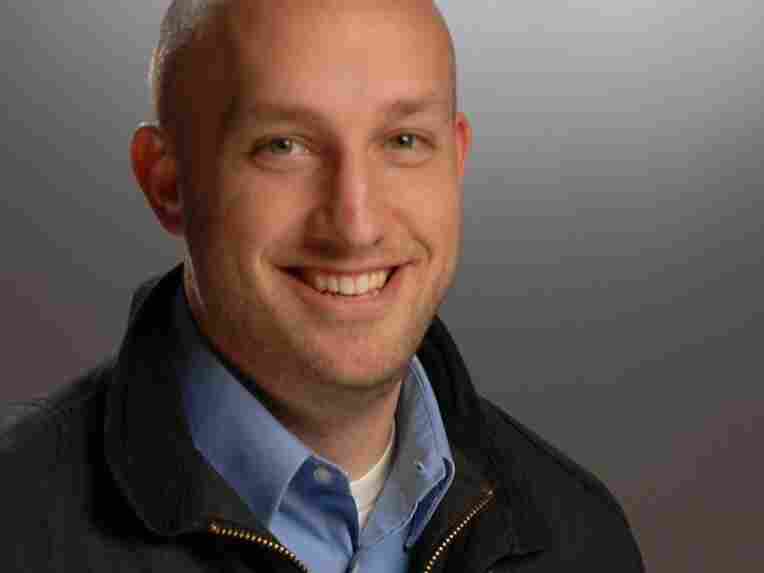 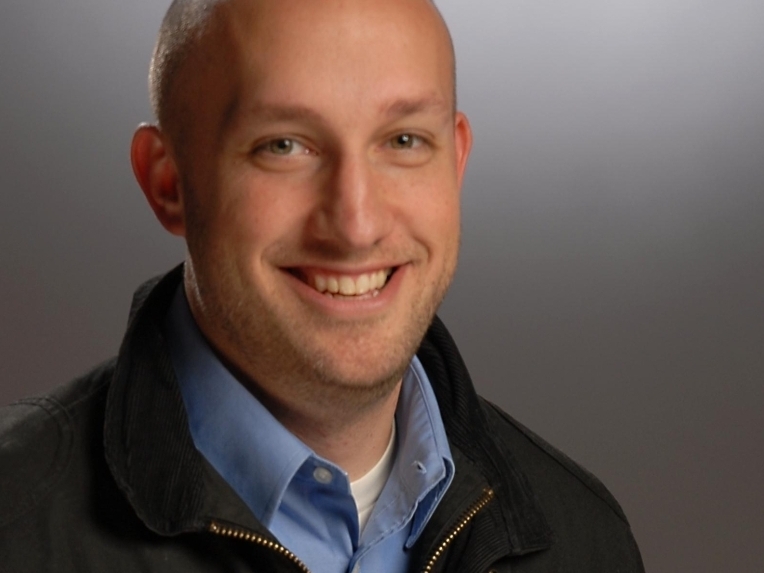 N. D. Wilson is also the author of Leepike Ridge and the 100 Cupboards series.

"Growing up, I loved [The Chronicles of Narnia]," he says. "Now, I can look at Harry Potter, and I can see my kids loving Harry Potter. But the assumption that I had growing up was you had to be in England if you wanted to have a magical adventure."

So Wilson set out to make magical adventure possible in America. And with that in mind, he wrote a story that connects global mythology to everyday Americana, with its roadside diners, truck stops and waffle irons.

The author says his approach to fantasy writing was greatly influenced by his own childhood reading experiences.

"It's really easy to read [The Chronicles of Narnia], to read The Lord of the Rings, and at the end, have this bad aftertaste," he says. "I remember that taste as a kid; being sort of in love with the story, and then it stops and I can never go there. I can never see Narnia, and I can never be magical."

So in The Dragon's Tooth, Wilson says he tries to connect kids to the fantasy of the real world.

"I tell school kids, 'We are on a ball of rock, flying at Mach 86 around a ball of fire in the sky. We're just whipping around this thing. And if I told Frodo how I got here on an airplane and described it for him, he would not think this was an unmagical world. He had to fly on an eagle, and I've got this steel machine that hurtles through the sky,' " Wilson says. "So kids can really awaken to the wonder of here and the wonder of now."

Empowering Kids To Be Extraordinary

Wilson's book may be intended for young adults, but it's certainly not for the faint of heart. His story has a lot violence, a lot of guns and a lot of death — but even the violence of his story has roots in real history.

"I actually base the evils on real evils," Wilson says. "So my main villain is the son of an actual eugenicist who actually pioneered mandatory sterilization laws. This is the kind of thing that has actually happened, and these are things I want kids inspired to explore and resist and overcome."

Indeed, much of Wilson's story focuses on kids who empower themselves to overcome. Instead of being given magical powers, Wilson's characters have to train and study to hone their skills, even after they join the order in Ashtown.

"The impetus is entirely on them," Wilson says, to make themselves extraordinary.

Read an excerpt of The Dragon's Tooth