Accessibility links
Reduced Wages At Maine Mill Divide Town Though some in East Millinocket, Maine, are thrilled the town's paper mill is open again, many are unhappy with what the jobs are paying. But for every resident riled up about the lower wages, there seems to be another who is infuriated at those who dare complain. 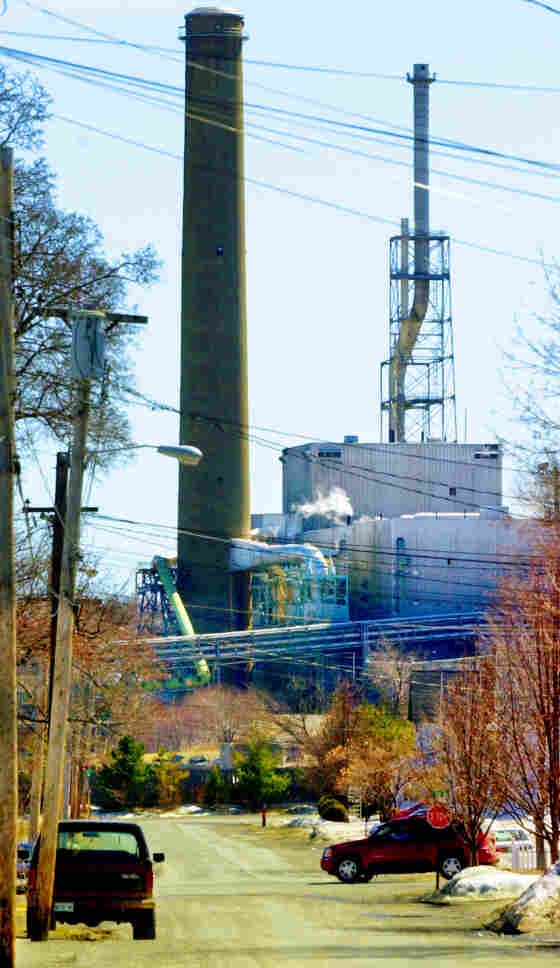 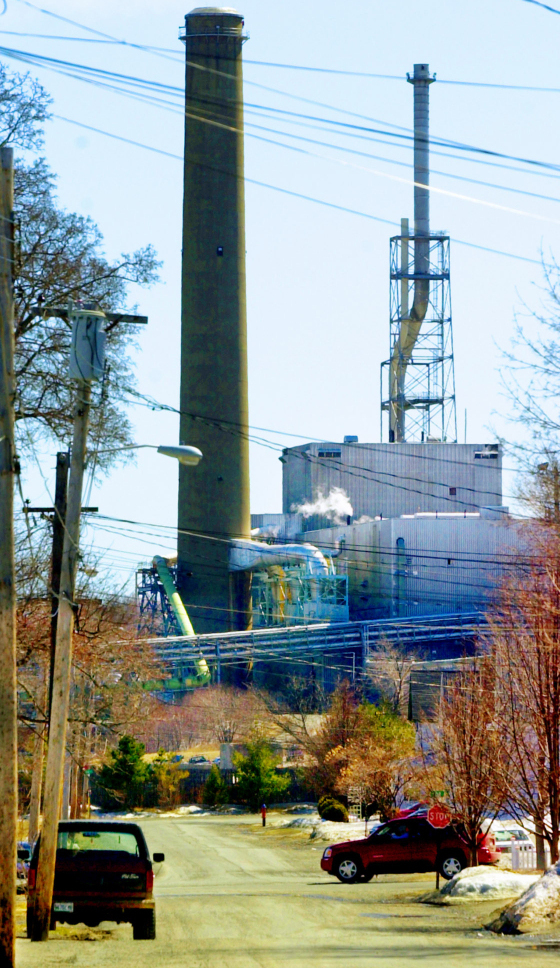 Katahdin Paper Co. in East Millinocket, Maine, in 2005. The mill shut down in the spring but reopened under new ownership last month.

With wages across the nation on the decline, nowhere has the drop been more abrupt than in an old mill town like East Millinocket, Maine, known here as "the town that paper made."

For more than a century, the mill has churned out giant spools of paper and unfurled the American dream for generations who live in these remote northern woodlands. A mill job meant you could afford your own house with a new truck in the driveway, and a snowmobile or two in the yard.

As in all manufacturing sectors, wages have been slipping for years at this mill that makes newsprint and paper for phone books. When the East Millinocket mill shut down completely last spring, it was devastating; unemployment shot up to nearly 22 percent. So no surprise, when new owners announced last month that they were reopening The Great Northern Paper Co. mill — which was formerly called the Katahdin Paper Co. — folks were thrilled.

"Oh, it's wonderful!" exclaims Elizabeth Morrin, looking down at the mill from the center of town. "It gives me a big thump in my heart to see that steam coming out of those stacks down there. The whole town prayed [for this] because these mills are all we have."

While most everyone is thrilled to have the jobs back, many have more mixed emotions around what some of the new jobs are paying.

"You're not happy, but hey, I mean, you've got to survive," says Roger Reardon, 56, shaking his head on the mill floor, as officials celebrated its opening. He is one of many still adjusting to the reality that this is not their grandfather's paper mill.

Reardon's not making anywhere near what he was in the heyday, but as a returning worker, he's getting the same wage he was getting last spring before the shutdown. New hires, however, take a harder hit. They will start at $11 an hour, which was the starting wage several decades ago.

"We're going backward," Reardon says. "We're supposed to be going forward, not back down. To me that doesn't seem right."

Kevin Gregory, who was a union president before he was laid off from the mill in 2008, says he "would never go back for $11 an hour." Yes, it's more than minimum wage, he says, but mill work is not easy. "It's dirty. It's loud. And I worked in the steam plant, so it's hot all the time. You can't even breathe."

Penobscot County, Maine, By The Numbers

Gregory, who now works as a career counselor to other laid-off workers, says he understands their frustration.

"I have a mortgage. I have a car payment. I have a child who's going to go to college," he says. "Eleven dollars an hour wouldn't cut it for me."

Learning To Make Do

Not everyone, however, is sympathetic. For every resident who is riled up about the lower wages, there seems to be another who is infuriated at those who dare complain.

"They're spoiled," says Cindy Flemming, 60. "They got so used to the bigger paychecks. They don't know how to live without."

Flemming balances an armload of books and clothing around the racks at the East Millinocket thrift shop. She says her husband just took a mill job for 30 percent less than the one he left last spring. But that's better than nothing, she says, which is what she grew up with. Her father worked as a woodcutter, barely able to put food on the table. But that was all the family knew, Fleming says, so no one complained. Folks today need to learn how to make do with less, she says.

"You can get a cookbook in any one of these thrift shops for 25 cents," she says. "And a big bag of flour or a bag of sugar. I can put a meal together with hardly anything. You can still live on $11 an hour. It's not that it's going to be easy, but if I have to, I know how to do it."

It's a kind of bravado that's not uncommon up here in this cold, northern corner of New England, where folks are as hardy as they are frugal and "making do" is a kind of badge of honor.

We went from a peak down to 'Where does it end?' And that is causing a bit of heartburn.

"When we grew up, we didn't even have a bathtub, for heaven sakes," says Elizabeth Morin, 78. She continued to pinch pennies as she was raising her six children on what her husband earned at the mill. You might expect folks who have known hard times, like her, to be most sympathetic to others who are struggling now. But sociologists say that those who've managed to pull themselves up by their bootstraps often want to see others do the same.

"This might be a good thing for this town," Morin says. "They've had things easy for a long time. They've got all of these toys. They have the snowmobiles; they own a camp. People should pare back anyway — a little attitude adjustment, you know."

But for those who are back at the mill working for far less than they used to, the adjustment is easier said than done. The problem is not just trying to live on little, it's trying to live on less — and dealing with the "shrinking pains."

"Everybody knows what they once had," says Jim Nicholson, who has been at the mill since 1979. "We went from a peak down to 'where does it end?' And that is causing a bit of heartburn."

Experts say that's typical. It's easy to relate to the American dream, and "movin' on up." But when people start going the other way, in a kind of fall from grace, it's usually harder to get your head around. It's not unusual for people to blame the fallen, figuring they must be doing something wrong. And it's also not uncommon for some sniping between the "have-nots" and the "used-to-haves"

"It's jealousy," says Kim Lyon, whose husband and father both worked at the mill. She says some who have spent years trying to "keep up with the Joneses" are not shedding any tears for the Joneses who are now struggling.

"Sometimes there is a bit of the devil sitting on your shoulder saying, 'I suffered, so now they have to!' " she says.

Desperate times can bring out the worst in folks, as well as the best. Many are adapting to the fall from grace with grace.

At one of the two local pubs in town, bartender Becky Hamlin pours a Sam Adams for one of the half-dozen usuals who show up for a couple of hours every night. Ever since she was laid off from the mill last spring, she has been working two jobs for more hours and less money. "You gotta do what you gotta do," she says with a shrug.

"I was spoiled," she says with a laugh. "But we'll survive. We're tough. We're Mainers."

As much as the lower wages might hurt, Hamlin says, the mill jobs are still better than anything else you can find around here.

She applied for a mill job and is keeping her fingers crossed that she might be in the next wave of hires. "I'm one who would absolutely love to get that call," she says.