Accessibility links
In Arab States, It's Good To Be The King The past year has seen enormous change and political unrest across the Arab world. But the region's revolutionary wave has largely bypassed Middle East monarchies.

In Arab States, It's Good To Be The King

In Arab States, It's Good To Be The King 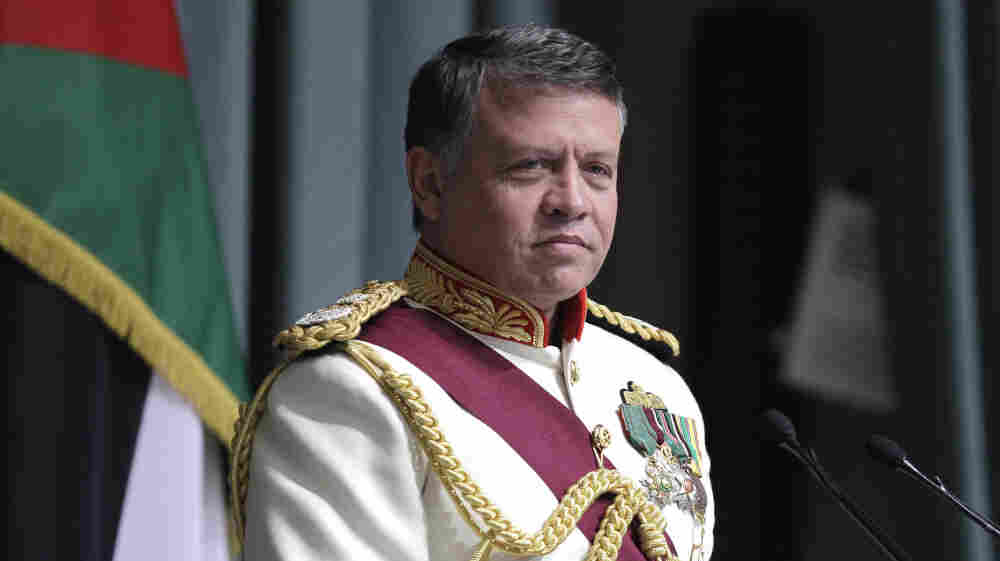 Jordan's King Abdullah II prepares to address parliament on Oct. 26. Like other Arab monarchs, the king has introduced limited changes in response to the uprisings in the Arab world this year. Khalil Mazraawi/AFP/Getty Images hide caption 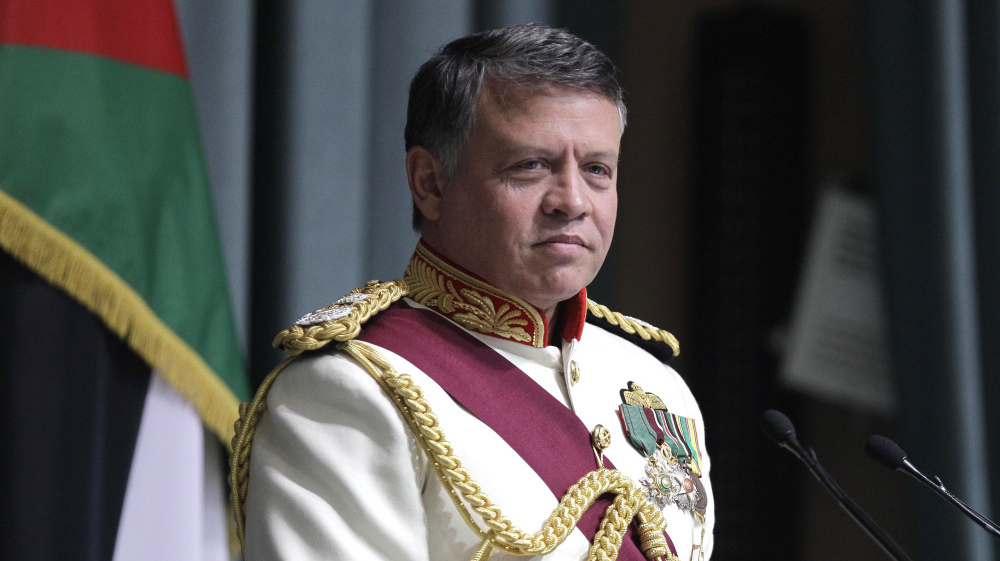 Jordan's King Abdullah II prepares to address parliament on Oct. 26. Like other Arab monarchs, the king has introduced limited changes in response to the uprisings in the Arab world this year.

Three Arab autocrats who ruled their countries for decades have been ousted from power this year, and others are in danger of being overthrown. Yet no king or emir has suffered such a fate.

Protests have taken place in countries ruled by monarchs, including Bahrain, which had widespread demonstrations last spring. And after protests in Morocco and Jordan, the kings offered up limited political changes that have, at least for now, staved off any real threat to their rule.

"They are one step ahead of the protesters," says Haleh Esfandiari, director of the Middle East program at the Woodrow Wilson International Center for Scholars. "They are much more sensitive to the demands of the people and are trying to open up and introduce reform." 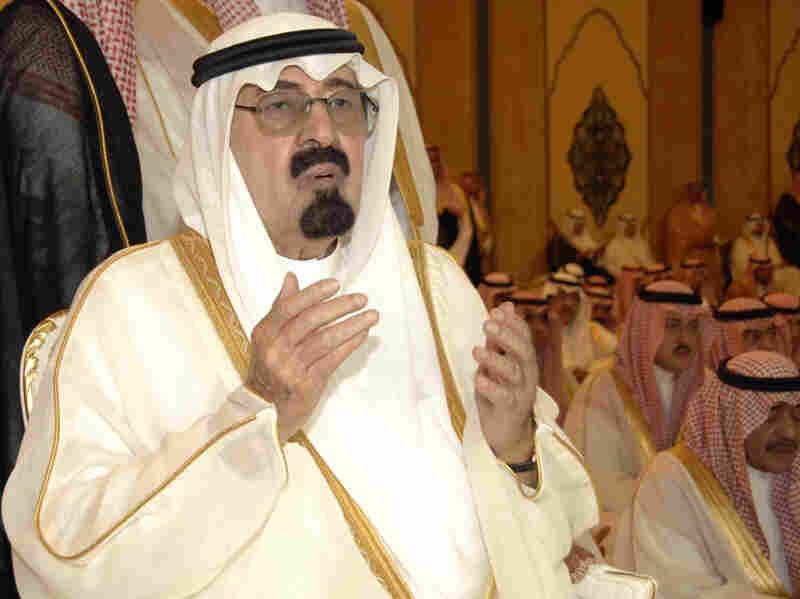 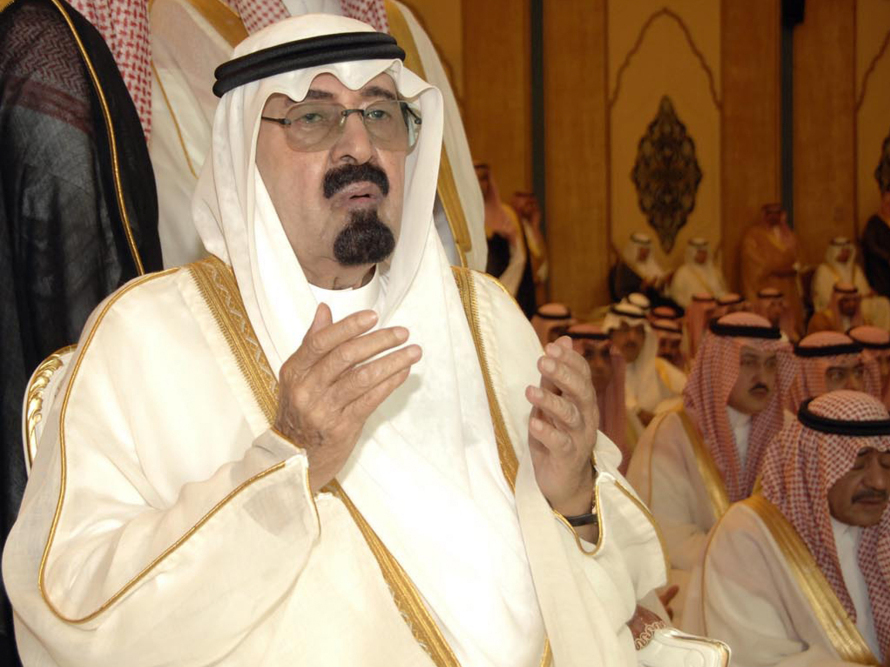 Saudi Arabia's King Abdullah, shown here in 2010, has sent troops to neighboring Bahrain and spent large sums at home in an attempt to limit popular unrest.

Taking Care Of Their Own

The Arab monarchies, particularly in the oil-rich Persian Gulf, have been able to use money to placate their populations. Saudi Arabia and Kuwait have each devoted tens of billions of dollars to creating jobs and providing subsidies and cash assistance to their citizens.

"They're throwing money at the population because they're worried the Arab Spring will reach the Gulf," says Rola el-Husseini, a professor of Middle Eastern politics at Texas A&M University.

In addition, the royals are looking out for one another. The Gulf Cooperation Council, a regional trade and defense organization, invited Jordan and Morocco to join its ranks this spring, in order to promote regional investment in those countries and boost their economies.

Saudi Arabia has pledged to send Oman and Bahrain $1 billion a year each for 10 years, a considerable sum for those small countries.

Saudi Arabia also sent in troops to stamp out protests in Bahrain in March, helping to eliminate the greatest challenge any of the Arab monarchies has faced this year.

The Saudi actions, both at home and abroad, demonstrate their continuing concern about popular discontent, says Marina Ottaway, a Middle East analyst with the Carnegie Endowment for International Peace.

"Just the size of the economic benefits they have distributed are colossal," she says. "They're nervous." 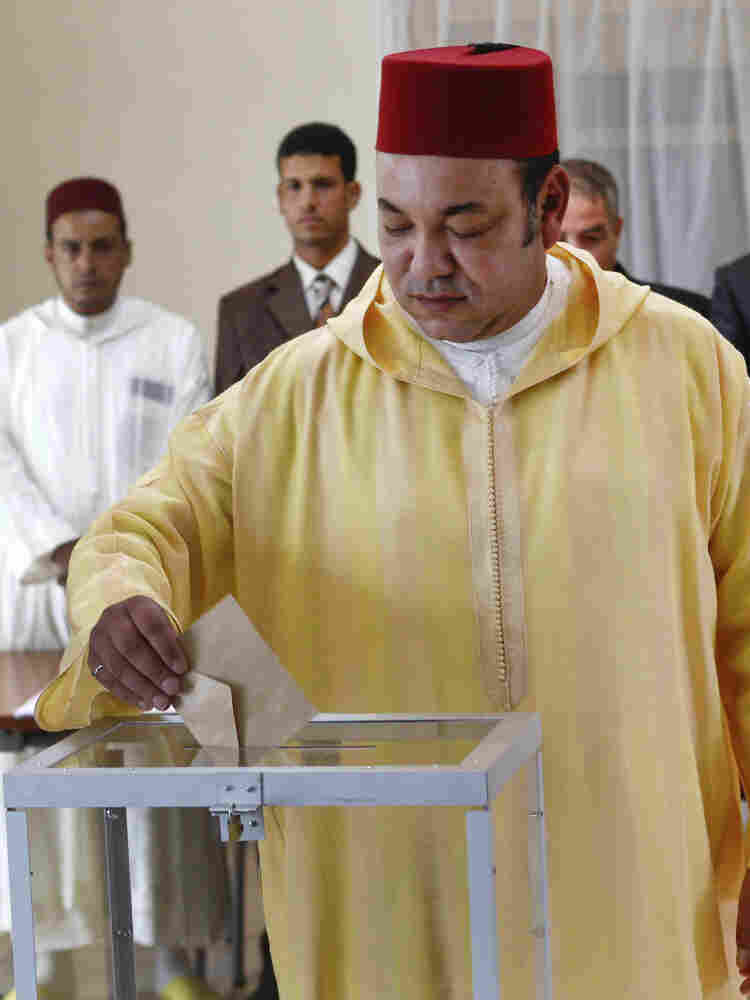 Morocco's King Mohammed VI votes in Rabat, Morocco, on July 1. The king took part in a referendum on the new constitution that was overwhelmingly approved. It introduced limited changes, but kept the king firmly in control. Abdeljalil Bounhar/AP hide caption 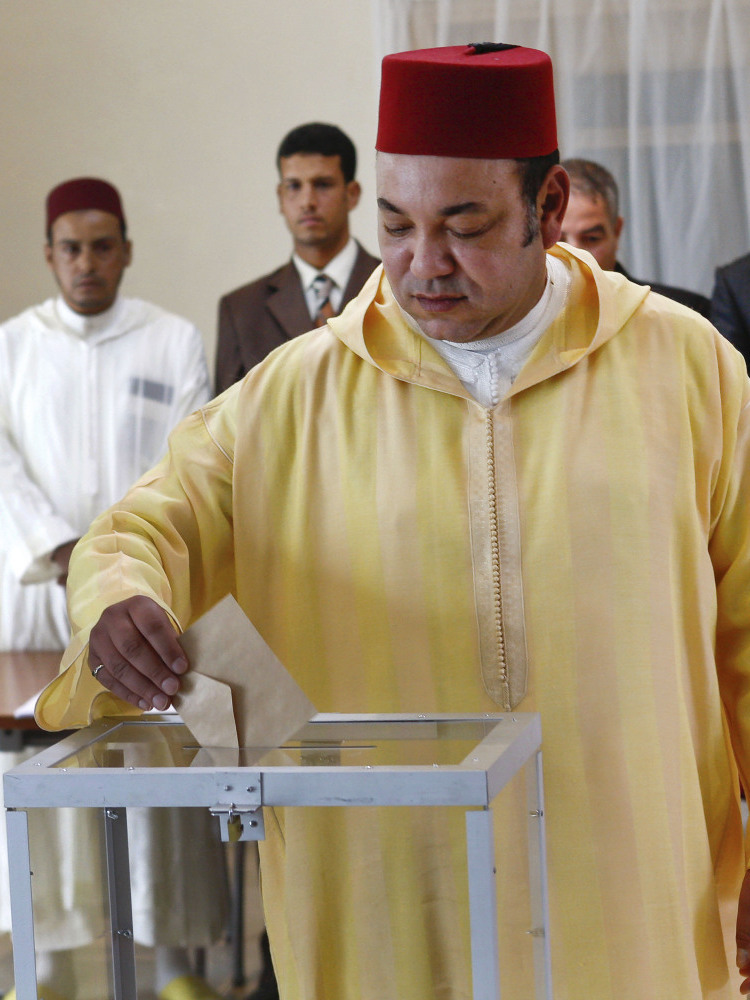 Morocco's King Mohammed VI votes in Rabat, Morocco, on July 1. The king took part in a referendum on the new constitution that was overwhelmingly approved. It introduced limited changes, but kept the king firmly in control.

The Saudis suffer from the same sort of youth unemployment that helped trigger protests in places like Egypt and Tunisia. They also face a potentially difficult transition, with the king, the country's new crown prince and other top royals all in their 70s or 80s.

"There is this general wave of discontent across the Arab world, and it is reaching pretty much every country," says Russell E. Lucas, author of the 2010 book The Politics of Arab Monarchies.

But the monarchs have advantages that autocratic leaders of republics don't, says Lucas, who teaches at Florida International University.

In many cases, they are part of their country's "political DNA," he says, with militaries and state institutions that have been built up around the royal families and remain closely tied to them.

"There are a lot of groups that worry about what happens next if the monarchy goes," Lucas says.

In some cases, Arab monarchs can also claim legitimacy through religion. The royals in both Jordan and Morocco say they are descendants of the Prophet Muhammad.

King Mohammed VI of Morocco is commonly called "Commander of the Faithful," while King Abdullah of Saudi Arabia is often referred to as "Custodian of the Two Holy Mosques," referring to the most important shrines in Islam, in the Saudi cities of Mecca and Medina.

"In Saudi Arabia, clerics are more or less protectors of the ruling family, and they get legitimacy from this alliance," says Esfandiari, of the Wilson center.

Bahrain: King Hamad bin Isa Al Khalifa forcibly put down protests calling for him to hand over many powers to parliament.

Jordan: Dozens of amendments have been made to the constitution. Next year, parliament will be able to choose a prime minister, but King Abdullah II will retain veto power over the pick.

Saudi Arabia: The government announced $130 billion in additional spending on jobs and homes. King Abdullah said women will be able to run and cast votes in municipal elections in 2015.

From Father To Son

Some autocrats seemed to be preparing their sons to take over, and that only served to make the rulers even more unpopular.

"People in a monarchy expect the son to take over power," says el-Husseini, the Texas A&M professor. "In what are nominally republics, there was a lot of resentment from seeing sons taking power."

Gadhafi and former Egyptian President Hosni Mubarak appeared to be grooming their sons to succeed them. In Syria, President Bashar Assad did, in fact, succeed his father.

The fact that autocrats were turning presidencies and other high-ranking government posts into a family business — and looting treasuries and large chunks of the private economy in the process — helped fuel the opposition in those countries.

"The whole idea of having a republic and not a monarchy is you have a president who is there for two terms, and then you have elections," says Esfandiari.

Keeping Hold Of The Reins

Because of their near-total monopoly on power, monarchs have actually enjoyed greater flexibility than the autocrats, in certain ways, in responding to protesters' demands.

The kings of Jordan and Morocco have promised elections, changed prime ministers or shaken up their Cabinets in order to show their responsiveness – while managing to keep their own authority intact.

"For a president, introducing reforms means opening up the presidency to competition," says the Carnegie Endowment's Ottaway. "A king can open up the prime ministership to competition but still remain the king."

But kings can't count on the majesty of their office to keep all challenges at bay indefinitely. Some of the regimes that fell this year, such as Egypt's and Libya's, were borne out of military coups that had, decades ago, ousted monarchs.

Even kings have to be responsive at some level to expressions of popular will. Today's authoritarian kings may give way over time, in some countries, to constitutional monarchies in which real power is invested in elected officials.

"It's not that the monarchies are necessarily more legitimate," Ottaway says. "Monarchies can lose their legitimacy if they don't introduce any reform."