Accessibility links
Vets Write Music To Heal The Wounds Of War A group of musicians in San Marcos, Texas, has started a songwriting workshop for returning vets. 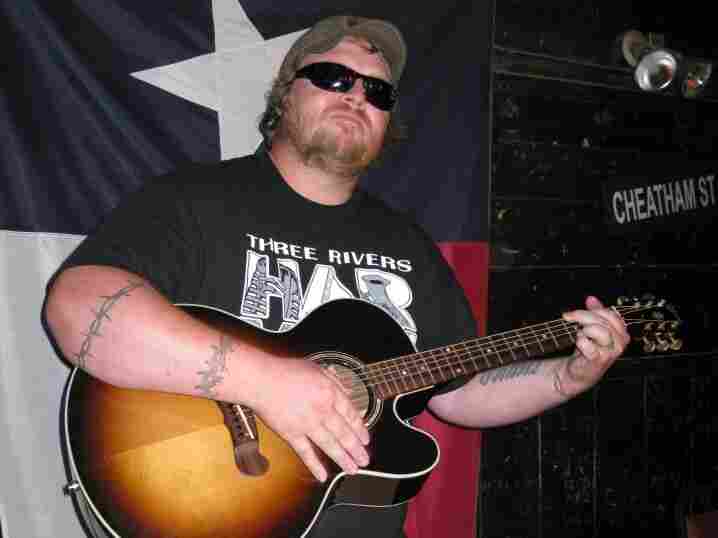 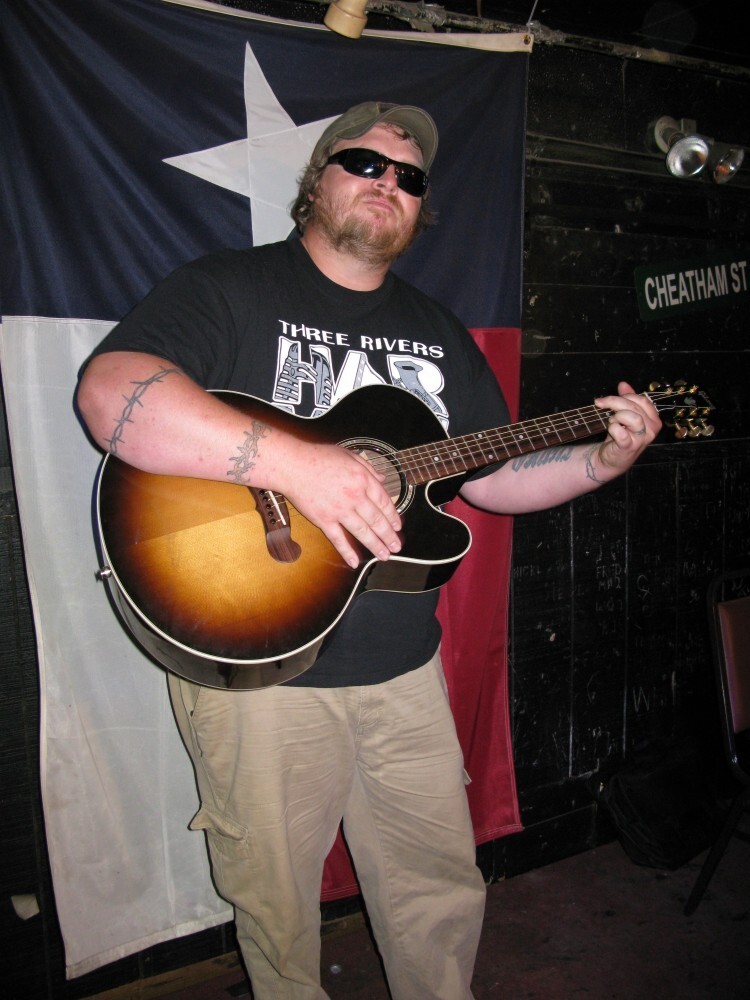 Veterans Day is the day when Americans remember and thank members of the armed forces who fought in foreign wars. Nearly 1.4 million men and women have left the service since serving in Iraq and Afghanistan. A group of musicians in San Marcos, Texas, just down the highway from Austin, has started a songwriting workshop especially for returning veterans, believing that composing music can help a person heal from the wounds of war.

Beefy former Marine Buddy Lee Dobberteen is a regular at the weekly songwriters circle at Cheatham Street Warehouse, a renowned club in San Marcos that smells of ashtrays and spilled beer. The 31-year-old former platoon sergeant is trying to fashion a life back home after three tours in Iraq. Wounded by a roadside bomb and rifle fire, he says he is 100 percent disabled, and suffering from traumatic brain injury, post-traumatic stress disorder and multiple other injuries. For five years, Sgt. Dobberteen survived the war in Iraq. Now, musician Buddy Lee Dobberteen wants to write a good song.

"My goal is to become a professional songwriter in the business," Dobberteen says. "Actually my goal is to help other veterans to realize you don't need to sit in your room with a handgun. There's a better life out there for you to live. Your life wasn't over in Iraq — it gave you a helluva lot of songs, you know?"

Doberteen lives with his wife, Tyra, a schoolteacher, in the hill country west of San Marcos. He drives to a VA hospital in San Antonio periodically for continuing operations on his hand, shoulder and knee. Because the bomb blast injured his eyes, he wears dark glasses even in the dim bar.

"I wanted to be a career Marine and it didn't work out," Doberteen says. "It's funny because God actually told me I was gonna write songs and I didn't have the ability. So how am I ever going to write a song?"

The project has come to be known as Voices of a Grateful Nation. That's also the title of two CDs of songs written and performed by Texas artists in honor of returning veterans. One of the project's co-founders was Charlie Gallagher, a drummer and real estate broker.

"I felt like it was important when we went into the war that when these boys came home that we did something we didn't do for my friends that came back from Vietnam," Gallagher says.

About 30 vets have come through the songwriting program in its four years of existence. Most have accepted a free guitar, listened to some pointers from the pros, and drifted off. Mentor and up-and-coming Austin singer-songwriter Dustin Welch says "a lot of 'em are pretty beat up." He's at the club every Monday night to work with the vets who want to learn how to compose a song.

"You know, it's a way of talking about this stuff without having to stand up and be feeling like they're pouring their heart our or be sitting on a couch talking to a therapist or anything," Welch says.

Dobberteen is the most successful — and ambitious — student the songwriters workshop has had. He's using the GI bill to take an online class in studio production with the Berklee College of Music, he fronts his own band and he's a passionate songwriter. It's a far cry from his mental state when he left the Marines and moved to Texas.

"I literally wanted to commit suicide, and I'm productive," Dobberteen says. "Next week I'm goin' on tour. The only other tour I was doing was bar to bar to drink all the beer outta the bars at night, raisin' hell. And now I got a purpose. What more can you ask for out of an organization?"