Accessibility links
My Brightest Diamond: Home Is Where The Art Is Singer and songwriter Shara Worden studied opera and classical composition before starting the band, but her musical roots go back much further — to her upbringing in a family of evangelists outside Detroit. 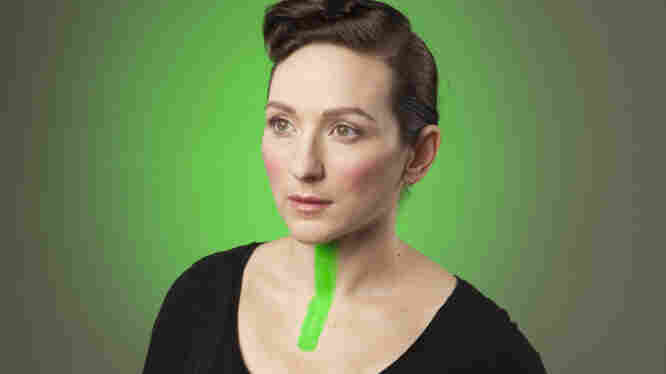 My Brightest Diamond is the indie-pop project of classically trained singer and composer Shara Worden. Danny Renshaw/Courtesy of the artist hide caption 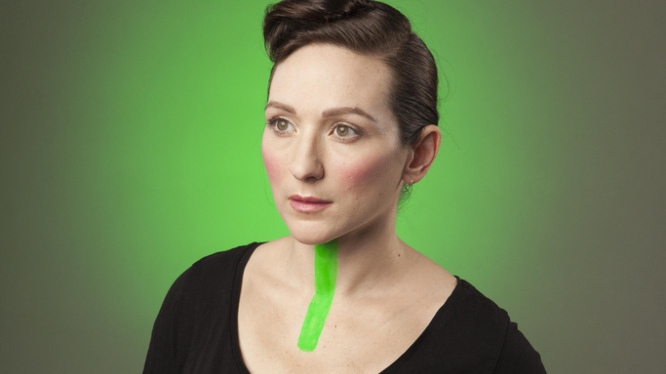 My Brightest Diamond is the indie-pop project of classically trained singer and composer Shara Worden.

Danny Renshaw/Courtesy of the artist

We Added It Up

Everything is In Line

There's no mistaking the protagonist of "Be Brave," a song from the new My Brightest Diamond album, All Things Will Unwind. Shara Worden, the group's classically trained singer, songwriter, and main creative force, makes it clear in the refrain: "Shara, now get to work/Shara, this is going to hurt."

"I was writing this in the fall of 2009," Worden tells NPR's Jacki Lyden. "That year, there were so many things happening environmentally, and also so many things concerning social justice. So all of these really intense concerns were hitting me at the same time, and I started thinking about my roots as an American Indian — I have a very small percentage of American Indian in my bloodline. I started thinking about doing a rain dance of sorts, to make things better."

Worden studied opera and classical composition before founding My Brightest Diamond, but her musical roots go back even further. She grew up in Ypsilanti, Mich., a small city outside Detroit, where her mother played organ at a pentecostal church and her father was a musical evangelist, a trade he'd inherited from his own father.

"My father has such an eclectic musical taste," Worden says. "We were quite poor a lot of my life, but he always had a really great stereo system. Unlike what you would imagine [from an] evangelical music minister, he was actually really very open when it came to music."

New York has been the base of operations for My Brightest Diamond for most of its history, but Worden recently decided to move back to the Detroit area.

"I have a friend from high school who lives on this block, and the block is doing amazing urban farming and gardening, and just full of a lot of creative people," she says. "My friend said to me one day, 'I want to show you your house.' And I was like, 'What?' And we walked down the street, and I walked into this abandoned home. And I really could see my life there. It kind of creates a sustainable place for me to be making the music that I want to make."