Accessibility links
American Bluegrass, Imported By A Czech Band The first time NPR's Don Gonyea heard Druha Trava play was in 2009, when he was covering President Obama's trip to Europe. On the campaign trail two years later, Gonyea stumbled across the band again — in Iowa. 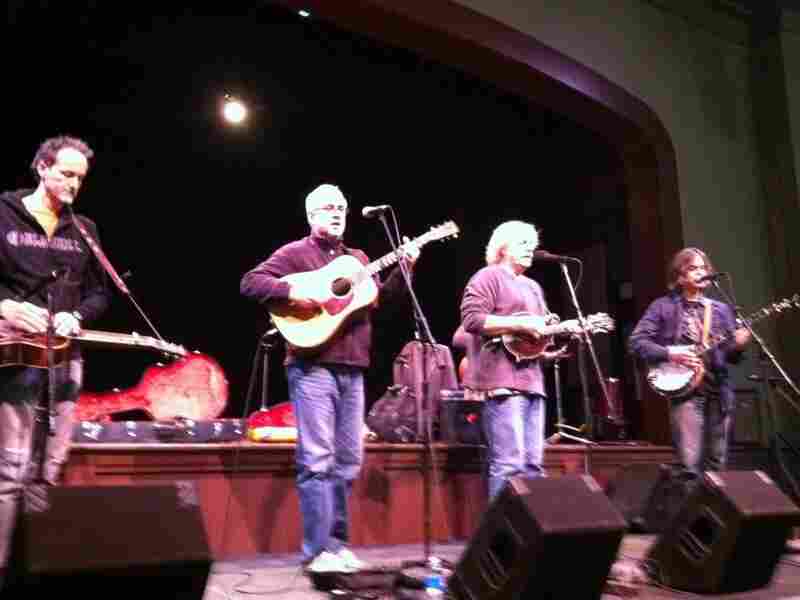 The Czech band Druha Trava will perform in Wichita, Kan., Saturday night. The band is on its U.S. tour. Don Gonyea/NPR hide caption 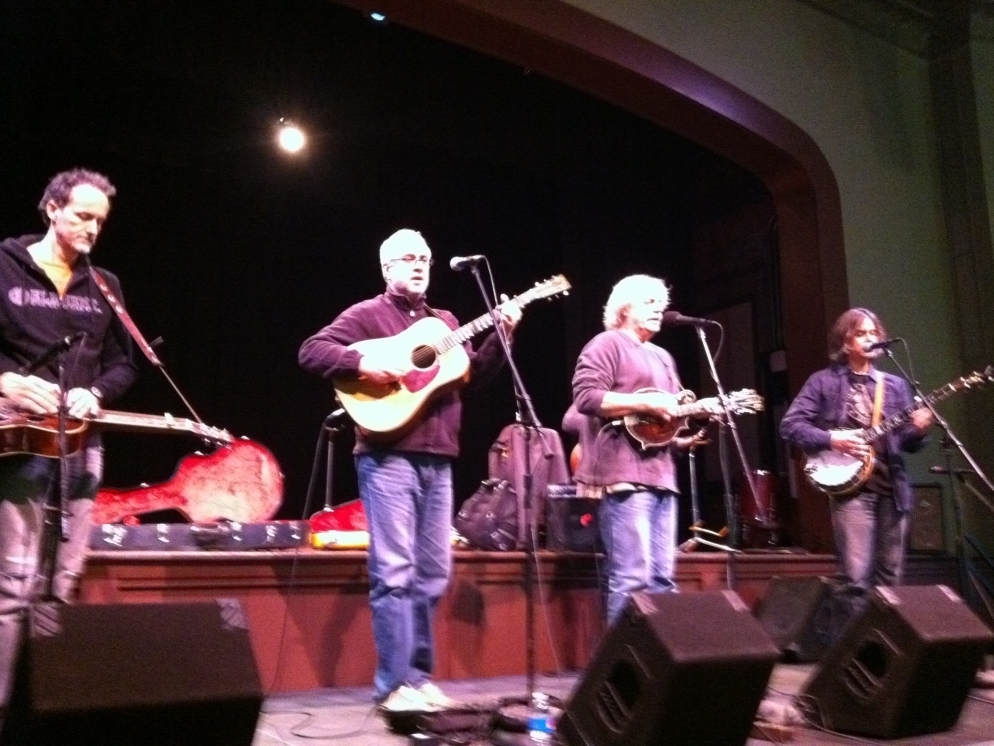 The Czech band Druha Trava will perform in Wichita, Kan., Saturday night. The band is on its U.S. tour.

NPR's Don Gonyea normally reports on politics, but he finds other stories along the way, like this one about a touring bluegrass band from the Czech Republic.

The first time I heard Druha Trava play was April 2009. I was covering President Obama's trip to the Europe. There was a big outdoor speech in Prague, and the band was playing Czech versions of Bob Dylan songs.

Sometimes on a presidential trip, there are little moments that stand out that don't make the news of the day. NPR's Don Gonyea was traveling with the president for Obama's first overseas trip when he encountered a band in Prague that sounded oddly familiar. He filed this postcard for Weekend Edition Sunday.

Bob Dylan, Obama And A Moment In Prague

I did a short radio postcard story back then, figuring it was the kind of experience that every music fan knows: You stumble upon a great band somewhere and never see them again.

Now it's the fall of 2011, and I'm chasing candidates around Iowa. Who should be doing a show at the Czech and Slovak Hall in Cedar Rapids? Druha Trava.

Robert Krestan is a singer and mandolin player in the band. Others play guitar, bass, dobro and banjo. Inspiration comes directly from Bill Monroe and other American bluegrass bands, old and new. But Krestan says they don't just mimic the sound.

"Well, I don't just do American music. I write my own songs. I [have written] my own songs since I was 12 years old," he says. "So, it's kind of natural for me, and it's natural for me to combine American influences and my Czech roots."

On this tour, Druha Trava is promoting its first-ever English language CD. The band is on the road in the U.S., with a show in Wichita, Kan., Saturday night.