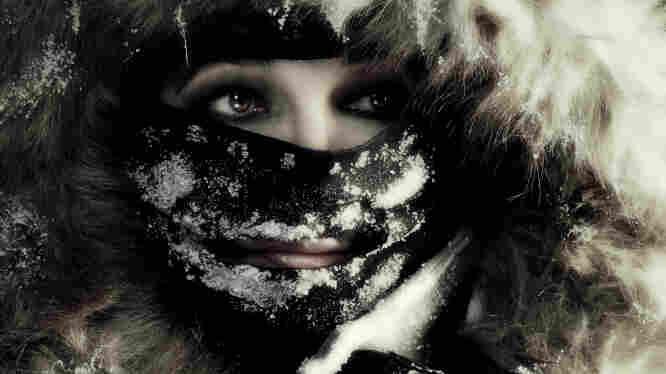 Bush describes 50 Words for Snow as seven songs "set against a backdrop of falling snow." Courtesy of the artist. hide caption 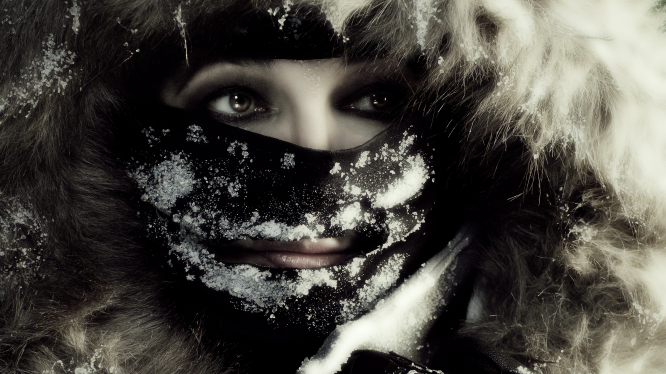 Bush describes 50 Words for Snow as seven songs "set against a backdrop of falling snow."

It's a fun game to mimic the task that England's elusive empress of art rock devised for her 10th studio long-player out Nov. 21. Approaching this release from different angles, speaking of it in different metaphors, piques the imagination while creating a kind of unity of thought, just as limiting herself to stories inspired by winter weather clearly did for Bush.

But the phrase that might spring first from the lips of Bush fans digging into Snow is, "Welcome home!" In seven long tracks, the album does just what the best of Bush's work has done since she burst on the scene, Spandex bat wings flapping, at the dawn of the New Wave era. It melds extravagant tales to unconventional song structures, and spirits the listener away into Bush's distinctive hyperreality.

Each song on Snow grows as if from magic beans from the lush ground of the singer-songwriter's keyboard parts. The music is immersive but spacious, jazz-tinged and lushly electronic – the 53-year-old Bush, a prime inspiration for tech-savvy young auteurs ranging from St. Vincent to hip-hop's Big Boi, pioneered the use of digital samplers in the 1980s and is still an avid aural manipulator. This time around, drummer Steve Gadd is her most important interlocutor – the veteran studio player's gentle but firm touch draws the frame around each of her expanding landscapes. But Bush won't be restricted. Like Mitchell on Don Juan's Restless Daughter, she takes her time and lets her characters lead.

The album's scenarios are as startling as the ones Bush spun in the plastic-fantastic 1980s, when she became famous for taking on myriad alter egos, from Houdini's bride to Wilhelm Reich's son to a whole menagerie of mythical creatures. But the tighter focus of Snow makes it one of Bush's most cohesive works, despite the daunting length of each track. (The shortest is nearly 7 minutes long.) Spinning variations on a theme instead of offering one long narrative, Bush reimagines the concept album as a poet would, connecting its elements with delicate thread.

The opening and closing cuts invoke a chill as they dwell on the ephemeral nature of the life cycle. "Snowflake," which features the choirboy pipes of Bush's 12-year-old son Bertie, gives voice to the melting consciousness of the natural world itself; "Among Angels" reads like the sweetest kind of suicide note. In between there are imagined couplings – with a gender-bending snowman in "Misty," and with a lover found and lost through many reincarnations (and played with brio by Elton John) in "Snowed In At Wheeler Street." The bounding "Wild Man" chases a yeti.

The trip-hoppy title track casts actor Stephen Fry as a Siberian scientist building a lexicon in white. That song could be a metaphor for Bush's own creative process. In its choruses, she goads Fry on with vocals that come close to the legendary witch whoops of her youth: Come on, Joe, you have 32 to go! The listener can easily imagine Bush pushing herself in a similar way: waking up in the morning and telling herself to get on that sled and ride her theme to a new destination.

We who treasure her can rejoice that she cut a path so quickly. Along with May's reworking of older material, Director's Cut, this makes for two Bush albums in a year. The once moderately reclusive artiste may be entering a fruitful late season. Let's hope she continues on her elemental mission. One hundred words for starlight, maybe, Kate?