Accessibility links
Stephen King Plots To Save JFK In '11/22/63' In King's latest novel, a high-school teacher travels back in time to try to stop an assassination that altered the course of American history. "11/22/63 was our 9/11," says King, who first thought of the idea for the book on the anniversary of President Kennedy's death in 1971. 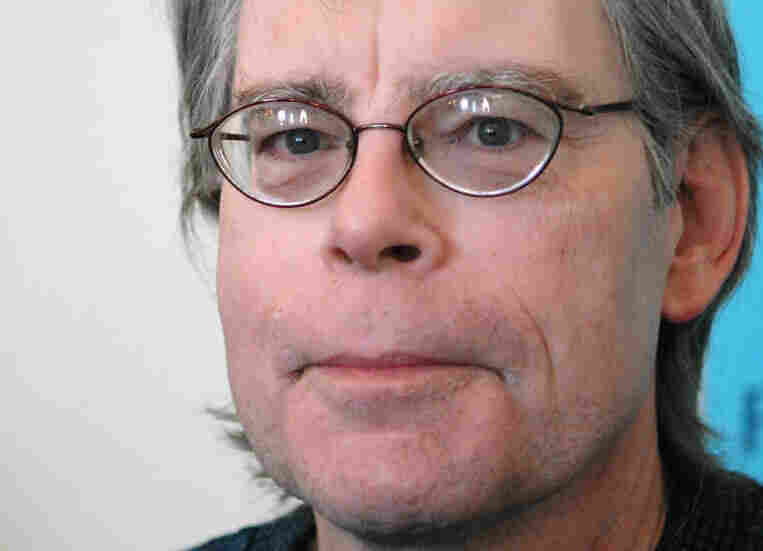 Stephen King came up with the idea for 11/22/63 in 1971, but at the time he wasn't ready to take on a project of such scope. Perhaps it was for the best: "I think that the wounds were a little bit too fresh then," King says. "I'm glad that I waited." AFP/Getty Images hide caption 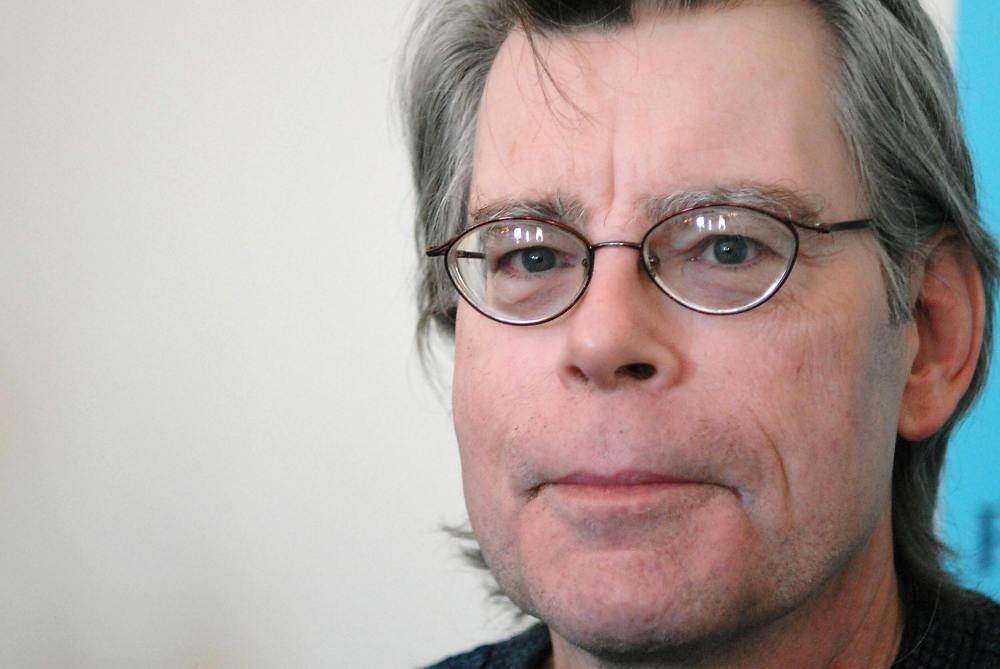 Stephen King came up with the idea for 11/22/63 in 1971, but at the time he wasn't ready to take on a project of such scope. Perhaps it was for the best: "I think that the wounds were a little bit too fresh then," King says. "I'm glad that I waited."

Stephen King's latest novel deals in horror — not the evil of monsters and supernatural beings, but the horror of a real national tragedy. In 11/22/63, King tells the story of a small-town teacher who goes back in time to stop one of the watershed events of American history — the assassination of President John F. Kennedy.

Writing this book was a departure for the science-fiction master. "There are so many actual happenings," King tells NPR's Audie Cornish. "A lot of the characters in 11/22 are real people. That was the challenge, but it was also the fun of the book."

Down The Rabbit Hole

Fictional high-school English teacher Jake Epping lives in Lisbon Falls, Maine — the same town where King went to high school. His friend Al runs a local diner where prices are so cheap, they seem to be straight from the past. And, as it turns out, they are. In the back of Al's diner is a rift in time — he calls it "the rabbit hole." Enter the rabbit hole, and you'll always come out in exactly the same spot in Lisbon Falls, Maine — at two minutes before noon on Sept. 9, 1958. 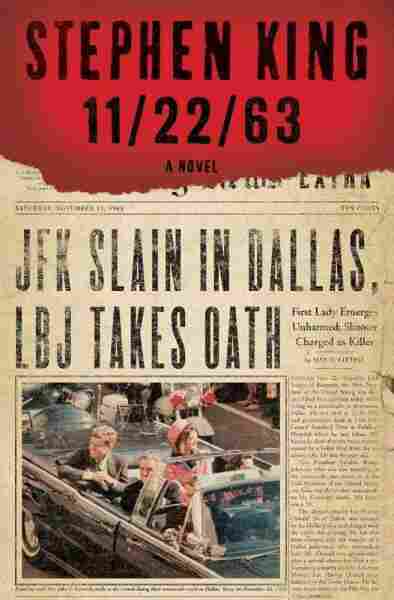 "At first, Al just uses it to buy groceries to sell in his diner," King says. "Then later, he gets the idea that he could actually go in the past, live in the past for five years and save John Kennedy from being assassinated in Dallas."

For four years, Al works to stop the assassination, but when he develops cancer, he comes back to the present to draft Jake for the lofty task.

"He feels like Jake would be the perfect person because he's unattached," King explains. "He's a divorced guy with no kids and no real ties. So after he convinces Jake that yes, this is the truth, he loads him up with vintage money from the '50s and sends him out on this quest."

King first tried to write this book in 1971, back when he was teaching school in Maine. It was the anniversary of the assassination, and someone in the teachers' lounge wondered aloud what the world would be like if Kennedy hadn't been killed.

King thought the idea would make a great book — but he wasn't ready to write it. "My abilities at that time weren't fully mature," he says. "I wasn't ready to take on a project that was that big and that reality-based and that dependent on research."

The other problem in 1971 was that the assassination was still in recent memory. "I think that the wounds were a little bit too fresh then. ... I'm glad that I waited," King says.

To research the book, King dove into the past. He read books and watched documentaries about the assassination. He scoured the famous Zapruder 8mm movie footage of the killing. And he started to learn more about assassin Lee Harvey Oswald, whom protagonist Jake stalks throughout 11/22/63.

"When I went into this project, I knew very little about Lee Harvey Oswald," King says. "I could have picked his face out of a lineup, and I watched him shot to death on TV two days after the Kennedy assassination, but I knew almost nothing about him."

What he found out was disturbing: "His mother was a domineering force in his life," King says. "Lee slept with her in her bed until he was 11, and until he was 13 years old, a weekly ritual was that he would take off all his clothes so she could look at him and see whether or not he was getting manly yet."

King also depicts Oswald's relationship with his wife and their community of Russian friends. "When he married Marina, apparently he loved her very much, but he also beat her," King says. "She had no English, and he wasn't interested in having her learn English because while she was Russian and he could speak Russian, she was under his thumb."

Remembering The '50s As They Really Were

Because the time portal always dumps Jake out in September 1958, he must spend five years waiting for the day to deal with Oswald. He bides his time as an English teacher in a small town in Texas. It's a very sweet kind of depiction of 1950s life, but King says writing that time period was like walking a tightrope.

"I'm 64 years old now," King says. "On the date when Jake is dumped into the past, Sept. 9, 1958, I would have been just shy of my 11th birthday. There's such a tendency to look back on those times through rose-colored glasses. ... I felt that I had to go back and look at the past as realistically as possible."

King tried not to fall into sentimental traps. He wrote the '50s as a real time and place — not as a nostalgic fairy tale. But even with those pitfalls in mind, King found himself drawn into the bygone era.

"The more I worked, the more time that I spent in the past, the more things that I remembered — and that was a pleasure," King says. "It was a nice ... vacation in the way things used to be. But I love the present, too, so ... it was a great vacation. What is it they say? 'It was a great place, but I wouldn't want to live there.' "