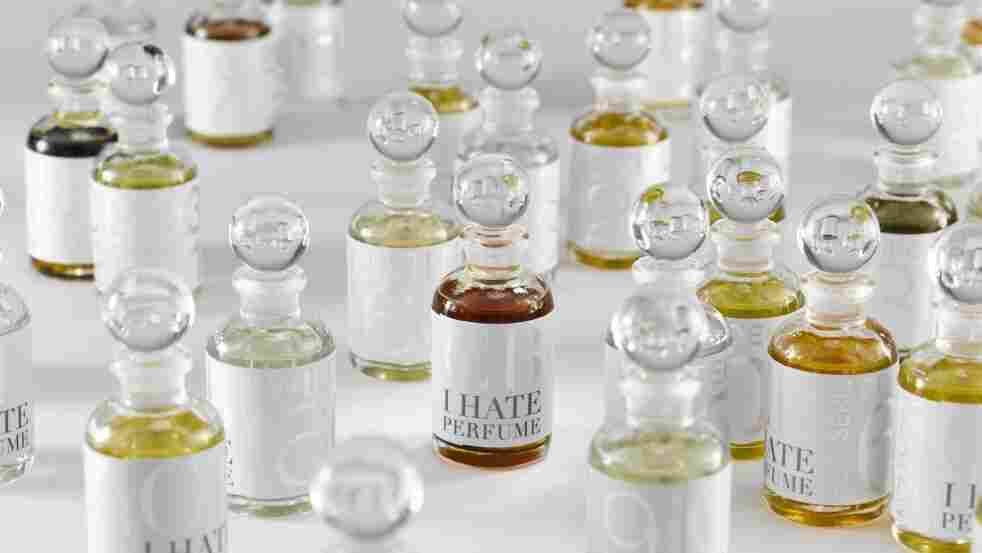 A Labor of Love: For his "I Hate Perfume" collection, Christopher Brosius blends and bottles all of his scents by hand in his workshops. The process may be labor-intensive, but it allows him to create singular scents that can't be mass-produced. Courtesy of CB I Hate Perfume hide caption 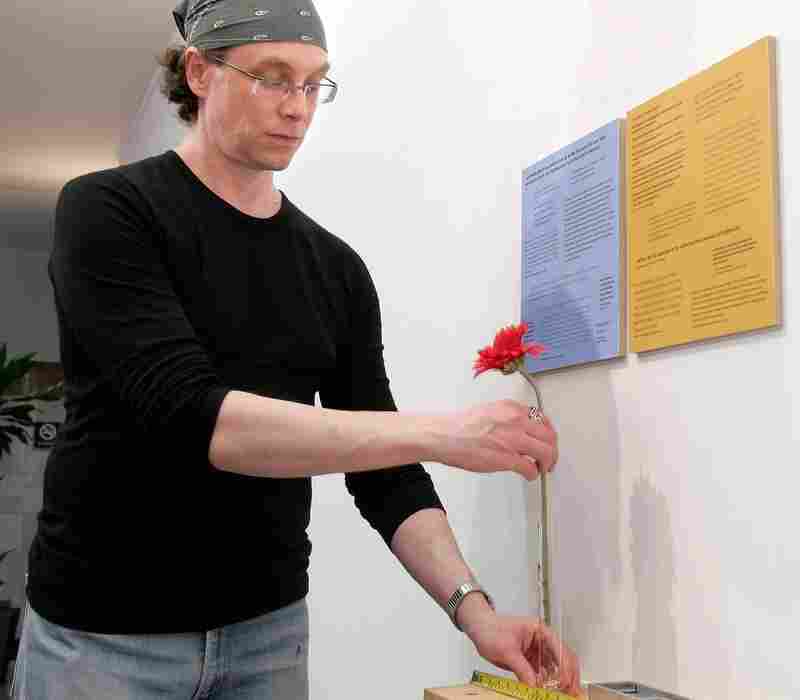 Perfumer Christopher Brosius adds a scented flower to his first solo exhibition at the Klein Art Gallery in Philadelphia in 2006. Brosius first started experimenting with scents when he worked at the cosmetic company Kiehl's in the late '80s. Mark Stehle/AP hide caption 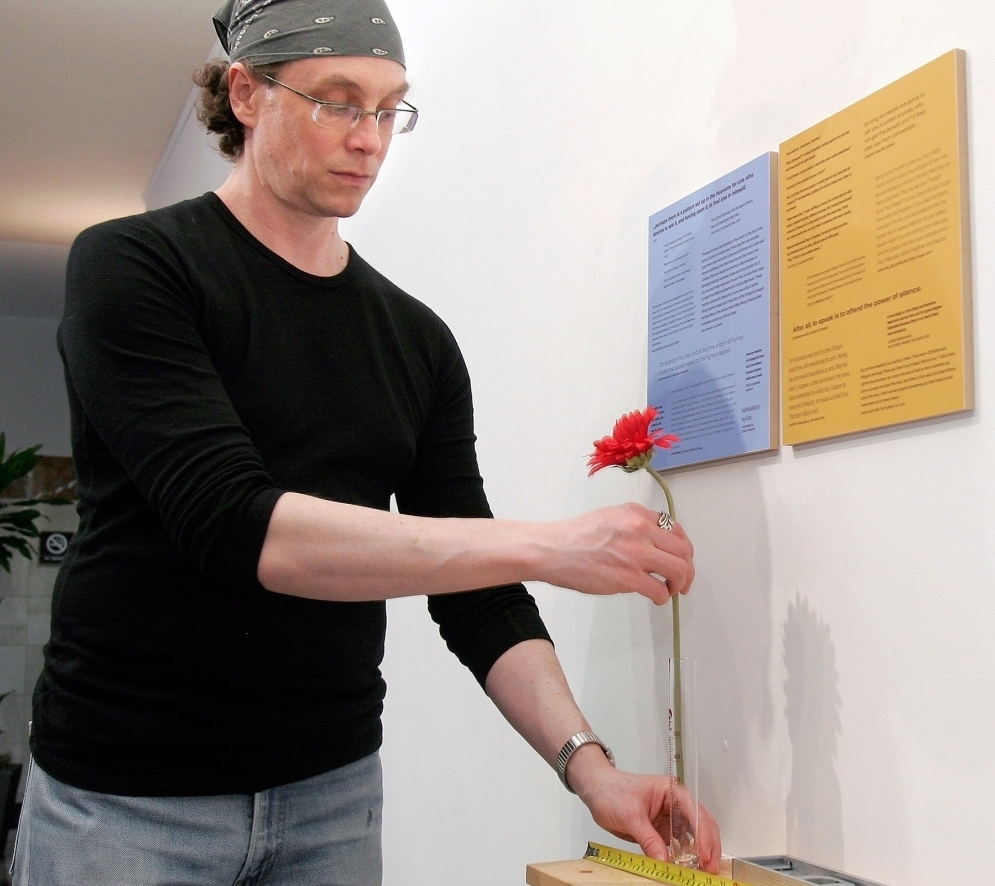 Perfumer Christopher Brosius adds a scented flower to his first solo exhibition at the Klein Art Gallery in Philadelphia in 2006. Brosius first started experimenting with scents when he worked at the cosmetic company Kiehl's in the late '80s.

Would you wear a perfume that made you smell like "A Day at the Beach?" How about "Baby's Butt?" If so, scent inventor Christopher Brosius can help. His Brooklyn boutique is at the vanguard of the anti-perfume movement, as you might suspect by its name: I Hate Perfume.

"I'm not out to sell millions of bottles," Brosius tells weekends on All Things Considered guest host Jacki Lyden. "My work is really about things that really do smell wonderful, but don't have a lot of the properties that commercial perfumes do."

Brosius has created perfumes independently since 1992, when he made his first scent for himself. It got many compliments like, "Why do you smell so good?" but it took 135 variations to get it just right. Now he sells "a much more refined, sophisticated version" of that scent, called CB93 — after himself, of course.

"It was my interpretation of what the very first, original eau de cologne was designed to do," he says. "Something that smelled very fresh, very clean, but was good for the skin and very calming and relaxing at the same time."

A perfume that smells like roast beef gets some of the most comments. "Food scents are incredibly tough," Brosius says. "When it was finished, I thought, 'Oh my God, this is exactly what I had in mind. But who in their right mind wants to smell this way?'"

Very few people, as it turns out. Only three so far. "I'm the first to admit that it is not a scent for everybody," he says.

In contrast, his most popular scent is called "In the Library." It smells like old, dusty books.

"'Oh wow, you smell terrific' is really the best kind of compliment," Brosius says. If that comes from someone close to you, he says, "My mission is done."