Accessibility links
In Transylvania, Sometimes A Bat Is Just A Bat Fans of the Twilight series and the classic Bram Stoker novel Dracula flock to Romania's Transylvania region, where vampire culture is thriving — despite its tenuous tie to reality. 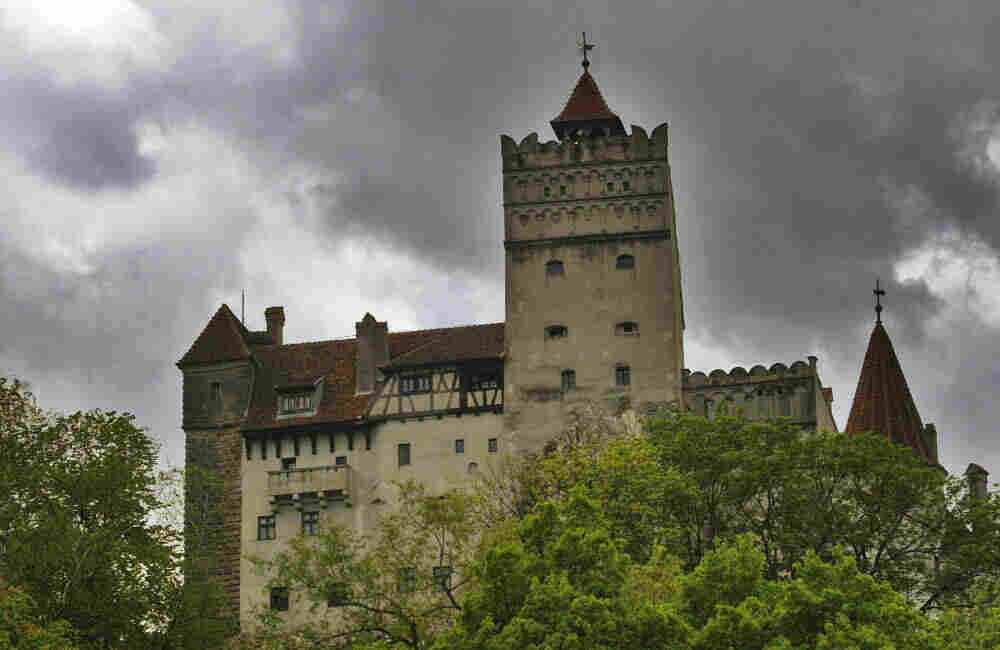 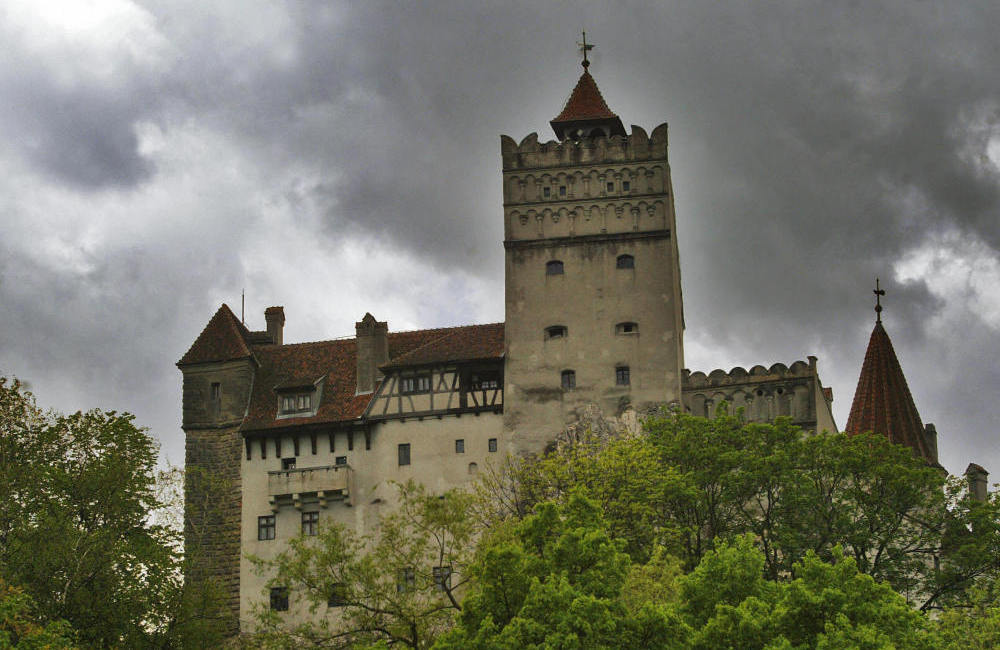 Bran Castle's connection to Dracula is tenuous, at best.

There's really nothing creepy about the countryside in the foothills of Romania's Southern Carpathians, where snow-capped mountains tower over a rolling landscape dotted with flocks of sheep.

But for fans of the Twilight series and other devotees of the bloodsucking undead, there's a draw that's stronger than the natural beauty.

The crashing, creaking sounds of a haunted house greet pilgrims on their way to the main attraction — Dracula's castle. Actually, it's Bran Castle, perched high, overlooking the town of Bran, and its connection with Dracula is tenuous at best. 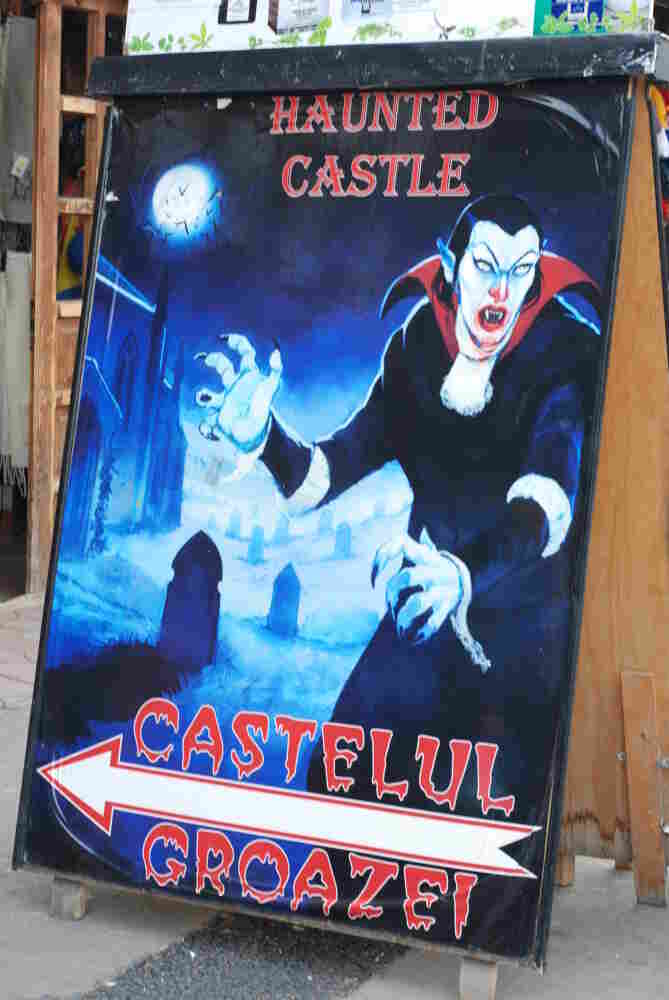 A haunted house complete with images of Dracula and other vampires greets pilgrims on their way to Bran Castle. Meghan Collins Sullivan hide caption

The inspiration for the fictional count of Bram Stoker's novel was a bloodthirsty 15th-century ruler named Vlad Tepes. He is better known as Vlad the Impaler, and it seems he did pass through this valley.

The effect is a bit unsettling for tourists like Carmen Pavel, who came from Bucharest, the Romanian capital, sporting a T-shirt with the words "All Romanians are Vampires." She noticed some parts of Dracula's castle were inexplicably closed off.

And in one of the open rooms, "there was a bat, a real bat hanging from the ceiling," she says

"You play tricks on yourself. This must be the one vampire and that must explain why the rooms are locked, and stuff like that," she says.

A few miles from the castle, innkeeper Katharina Kurmes prepares lunch for tourists in her busy kitchen. She dismisses the notion of anything supernatural in the air.

"We have quite a good number of bats, but I mean they are not dangerous. No blood-sucking animals. Of course, we have wolves, bears. This might be strange to other people, not to us," Kurmes says.

And if a vampire turned up at the inn and wanted a room? No problem.

"As long as he doesn't disturb us or what's going on in the house, maybe he gets a coffin in the cellar," she says. "But there's nothing prepared."