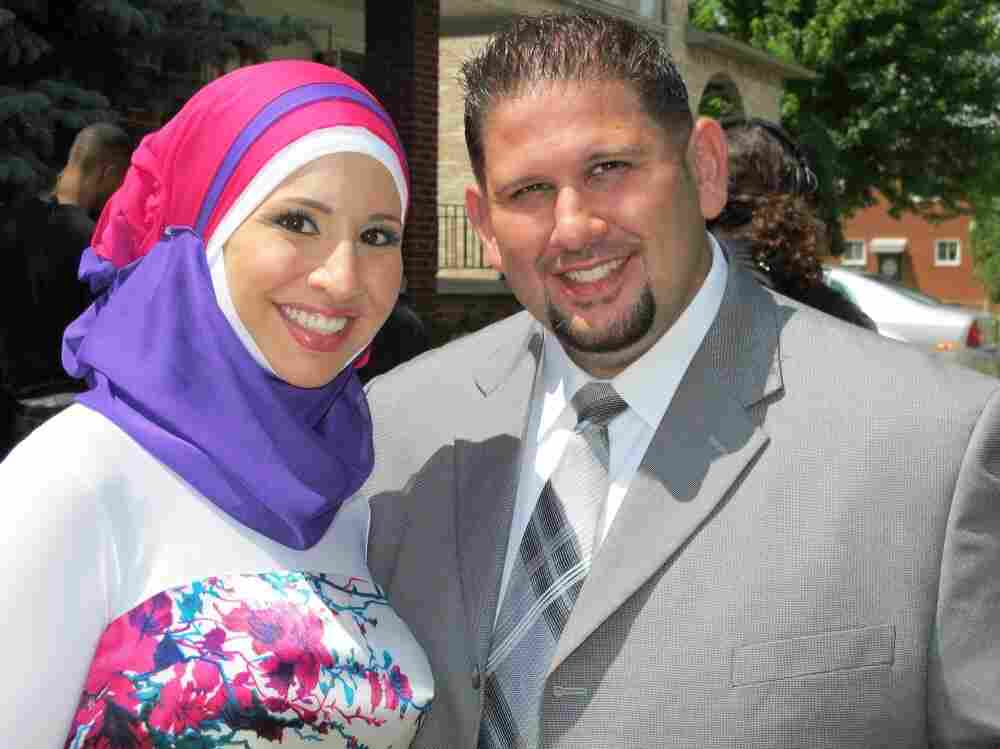 Sister and brother Suehaila and Bilal at the marriage of their sister Shadia to her new husband Jeff, on the premiere episode of TLC's unscripted series All-American Muslim. TLC hide caption 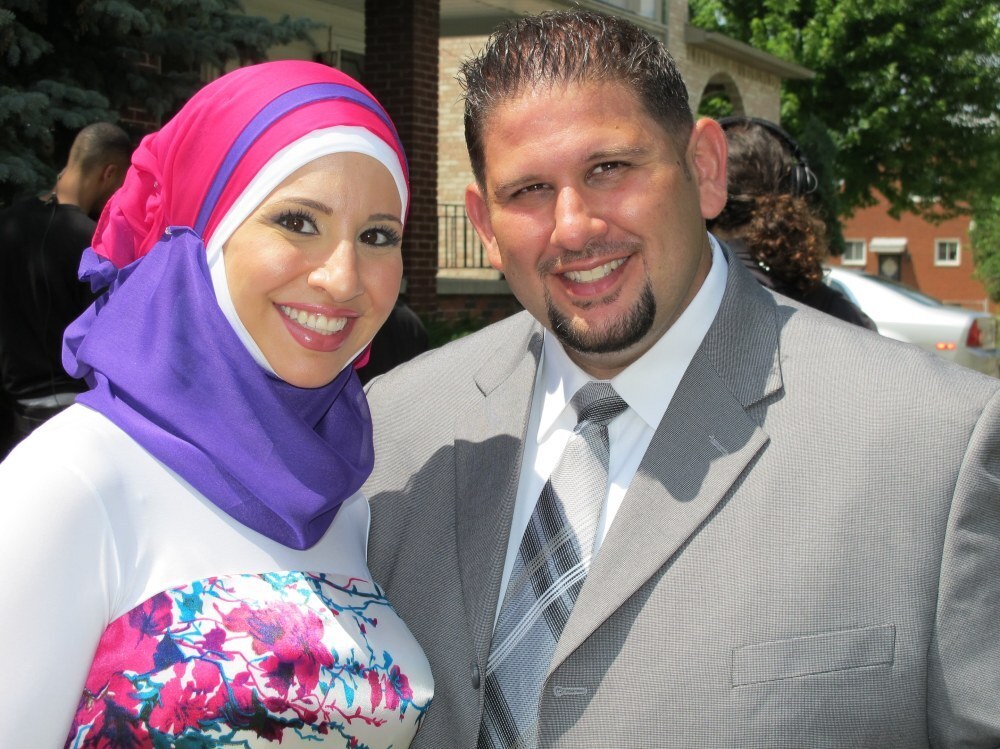 Sister and brother Suehaila and Bilal at the marriage of their sister Shadia to her new husband Jeff, on the premiere episode of TLC's unscripted series All-American Muslim.

There was a time before Jersey Shore, before Toddlers & Tiaras, before Dance Moms, when it seemed like unscripted television might be used for good. It goes all the way back to the time when the Louds were profiled on PBS's An American Family, but more recently when Pedro Zamora died of AIDS the day after the airing of his last episode of MTV's The Real World. Television is powerful, and while that's most often said with a shake of the head, now and then, it can be said with some satisfaction, and that's the way it feels to watch TLC's All-American Muslim.

The show follows five Muslim-American families in Dearborn, Michigan: Nadar and Nawal Aoude, newlyweds expecting a baby; Dearborn Deputy Chief Sheriff Mike Jaafar, his wife Angela, and their children; Nina Bazzy, an aspiring nightclub owner, and her husband and son; football coach Fouad Zaban and his family; and the sprawling Amen clan, which includes four grown children and is at the center of Sunday night's premiere episode of the eight that will air.

In the premiere, the Amens' daughter Shadia prepares to marry Jeff, an Irish Catholic converting to Islam. Just looking at two of the daughters in the Amen family, you find the show's central argument, to the degree it has one: it's a mistake to try to find out what Muslims are like, since everybody interprets being Muslim in a personal way, as is the case with any faith. Shadia doesn't wear the hijab (the traditional headdress), but her sister Suehaila does. Shadia is far less strict in her adherence to her own understanding of Islam than Suehaila is, but Suehaila is in some ways more wryly outspoken than Shadia — she's relieved, for instance, that she doesn't have to sit around in a salon for hours before Shadia's wedding like she would if her hair were showing.

What makes the show entertaining is that these are interesting, lively people with a lot of opinions and strong personalities (which was instantly clear when they appeared at an intriguing panel discussion during the Television Critics Association press tour this summer). But what makes it valuable is that it's devoted neither to arguing that religion doesn't affect people's lives at all (some kind of a silly "everyone is exactly the same as everyone else, hooray!" argument), nor to denying that these families, like all families, have problems, including problems with the way they interpret and manage issues of faith. And for that reason, it's relevant in ways that 99 percent of what we know as reality television isn't. There are conflicts, there are disagreements, and there are families who ultimately do everything a little bit differently.

While the Amen family is shown to be loving, for instance, there's no question that the women have all wrestled with gender roles within their religious community, as do women in many other religious communities. Moreover, while Jeff's conversion is a happy occasion for the Amens, the show is very compassionate in its presentation of Jeff's Catholic mother, who clearly loves Shadia and likes her family, but is heartbroken that her son is leaving the tradition in which she raised him. The story raises interesting questions: What is Jeff's conversion for? Who is it for? Does it matter? The show draws subtle but unmistakable parallels between Jeff's mother and Shadia's father, both of whom very much wish their children would create families that would continue to be part of their own religious traditions.

You can certainly see an effort at social responsibility here. But a preachy show will always fail if that's its primary reason for existing. What makes All-American Muslim a good show isn't aspirations to good-doing, but service to the healthy kind of curiosity about other people — which is particularly welcome in a story about faith, which television tends to deal with awkwardly if at all. In that sense, it has a lot in common with other unscripted shows that feature people who do something you may not do — whether the particular thing at issue is making cupcakes, raising lots of kids, or working on a crab boat.

Ultimately, telling the stories of the Louds and Pedro Zamora would have been unsuccessful as social commentary if it hadn't also been entertaining; that's the nature of the beast that television most emphatically is. And All-American Muslim is the same. These are likable people telling a story that hasn't been told very often on American television, and that's what makes it well worth checking out.