Accessibility links
How Berlusconi Created A Country In His Image Silvio Berlusconi's resignation as prime minister marks the end of a political career that tainted Italy's international image and helped bring its economy to the brink of bankruptcy. A fraction of the scandals he endured would destroy political careers elsewhere, but Berlusconi held unprecedented control through a media empire. 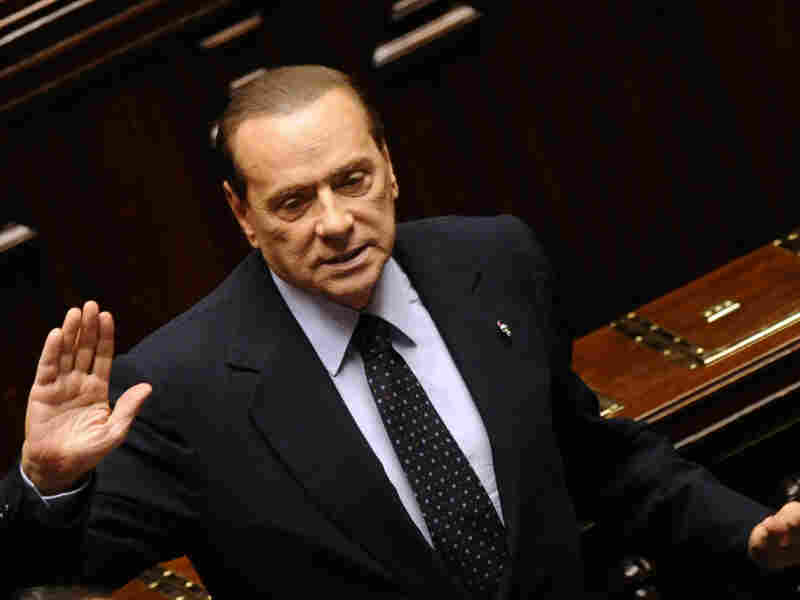 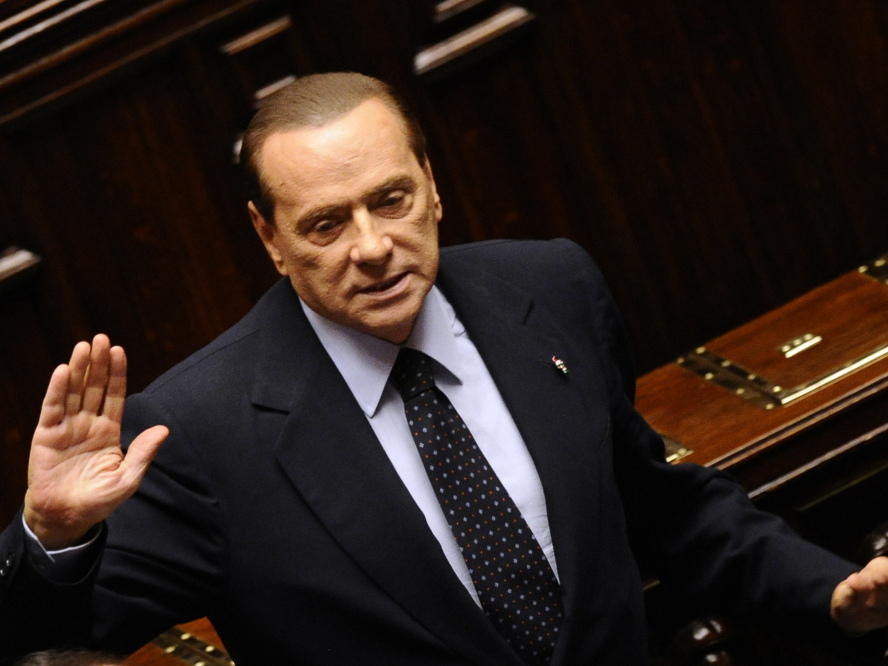 A Short History Of Berlusconi's Woes

1990
Berlusconi convicted of providing false testimony in connection with his secret (and illegal) "Propaganda 2" Masonic lodge. No sentence was issued due to an amnesty passed the previous year.

1992-1993
Court investigates Berlusconi's alleged ties to the Sicilian Mafia, but no charges arose after the deadline for the probe expired.

1996
Berlusconi is convicted of bribing a member of the finance police, but the sentence is overturned on appeal because the statute of limitations expired.

1997
Conviction on charges of bribing then-Prime Minister Bettino Craxi. Sentence is overturned on appeal because the statute of limitations expired.

2004
Berlusconi and other members of his Cabinet are charged with "corrupting a judge" but, with the support of his majority in Parliament, a law is passed granting top government officials limited immunity from prosecution while in office. Berlusconi is ultimately acquitted.

2005
He is acquitted on two other charges of false accounting and found not guilty in a third case after Berlusconi's majority in Parliament redefines the law.

2008
Berlusconi is indicted in Spain on charges of tax fraud and violating antitrust laws regarding the TV network Telecinco. He is acquitted.

— Under investigation for illegal wiretapping

With a party anthem called "Thank God for Silvio," humility is not a Silvio Berlusconi virtue. "I am by far the best prime minister Italy ever had," he said in 2009.

Berlusconi's resignation Saturday marks the end of a political career that tainted Italy's international image and helped bring Europe's third-largest economy to the brink of bankruptcy.

A fraction of this would destroy political careers elsewhere, but Berlusconi held unprecedented control through his media empire.

It all started with a 1970s game show he promoted, where a caller's right answer prompted a housewife in the studio to strip a piece of clothing.

Thirty years later, he had an empire: TV networks, newspapers, publishing houses, insurance companies, a top soccer team and much, much more.

"If someone had told me that this was the beginning of a new empire, a huge media empire and a new political order, where the owner of this media empire also become the prime minister, and this whole story would start with a striptease program, I would laugh," says Erik Gandini, who directed a documentary about Berlusconi's celebrity power titled Videocracy.

Berlusconi was a cruise-ship crooner before entering construction. Then, through political patronage, he created a near-monopoly of commercial TV. He entranced viewers with a glitzy carousel of scantily dressed showgirls.

With 80 percent of Italians getting information only from TV, the adoring audience was a ready-made electorate.

His Rise To Political Dominance

When corruption scandals wiped out most political parties in the early 1990s, he quickly created a new one and swept to power three months later.

With no conflict-of-interest legislation, the billionaire Berlusconi not only kept his own TV networks, he also won control of all state-run broadcasting when he became prime minister.

His rags-to-riches story wooed the many anti-establishment Italians. He sold them a rosy dream of prosperity, lower taxes and a slimmer and nonintrusive state.

But James Walston, international relations professor at Rome's American University, says it's an open secret that Berlusconi entered politics to avoid trials and safeguard his empire.

"He managed to save his companies, and he has managed to avoid the worst of his criminal prosecutions, either by changing the law or by taking his cases beyond the statute of limitations," Walston says.

"Suddenly you've see this profusion of beautiful girls and fashion models and TV stars and show girls in parliament," Stille says, "but they are there as ornaments, and therefore the function of parliament as one of the three branches of government, which should have a checking effect on the executive, has become an empty power."

Berlusconi chose a former nude calendar girl as minister of gender equality, and boasted about his face-lifts and hair transplants. Gandini says Berlusconi turned Italy into one big reality show.

"You see that his own personality, his own taste is mirrored in this flow of images that have been washing over the country during the past 30 years," he says, "and that is, for me, like a science fiction idea — the idea that one man's personality can be so totalizing culturally over a whole country."

He lowered some taxes, but tax evasion and corruption soared and organized crime now rules in many parts of Italy. The economy is stagnant, and debt is skyrocketing.

Meanwhile, Berlusconi's personal wealth is reported to have at least tripled.

Foreign policy was a stage to flaunt his salesmanship. However, Walston says, Berlusconi's propensity for school-boy pranks, off-color jokes and racist remarks left him increasingly shunned.

"Combined with his inability to govern, that meant that he could no longer be accepted by the international community and by his own country," Walston says.

With his pancake makeup and unnaturally manicured hair, Berlusconi became a prisoner of his own virtual world.

Just last week he denied there was a crisis, claiming restaurants and vacation resorts are full. Financial markets, however, handed down the final verdict: Berlusconi was the problem.

When the stock market panicked, instead of convening his Cabinet, Berlusconi hunkered down with his family and business managers — just like the tycoon lampooned by comedian Roberto Benigni:

I have banks and newspapers,

I have women galore.