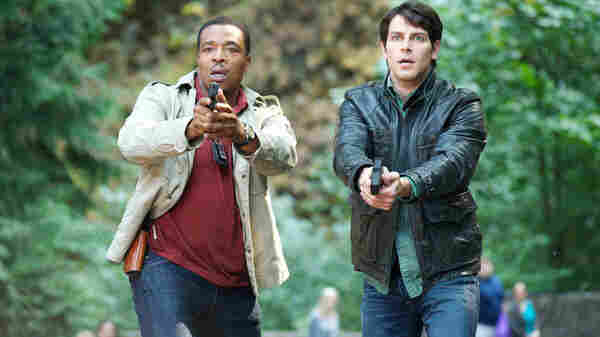 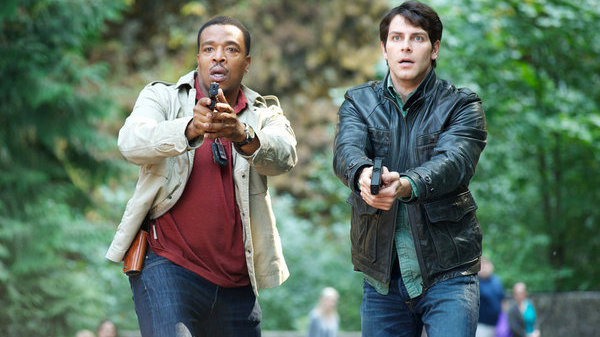 Here's the problem with watching TV after 50 years of innovation in technology and storytelling: Sometimes, it takes an awful lot to get your attention.

How else to explain NBC's Grimm, which is a typical crime-of-the-week drama with a special twist: The hero cop can see fairy-tale villains disguised as ordinary people. Our hero, Det. Nick Burkhardt, learns about his new talent from his dying aunt, who tells him of "reapers," an organization that's dedicated to killing "Grimms" like him.

Fox's Terra Nova juices a lackluster family drama with dinosaurs and time travel, courtesy of executive producer Steven Spielberg; CBS' Unforgettable is basically Law and Order, if one of the homicide cops had a photographic memory.

But the trend seems to be getting a bit out of hand. Consider A Gifted Man, which reinvents the medical drama for CBS' female-friendly Friday night audience. The series follows hunky surgeon Patrick Wilson as he's visited and revisited by the ghost of his dead ex-wife, who's back to settle her unfinished business and teach him to be a better man. That may be a fantasy for female viewers – finally correcting that jerky ex from beyond the grave — but for guys, it sounds like a special circle of hell.

The real problem with too much reinvention is that it makes shows look like they have multiple personalities, as if producers couldn't decide what kind of show they're really making. That's what ails ABC's Pan Am, a messy collision of genres mashing a Mad Men-inspired '60s homage with an empowerment story for women — and, believe it or not, a James Bond-style espionage thriller. I'm confused, and I don't even have to fingerprint the UN attaché and his Russian agent girlfriend or whatever.

There is, however, one series handling the whole reinvention thing pretty well: ABC's blockbuster comedy Modern Family.There's no crazy twist here. It's just a great comedy centered on three couples in an extended family, with sidesplitting scenarios that seem drawn from real life. Hmmm. Good acting. Great writing. Human characters played by amazing actors.That might be the one twist network TV hasn't tried quite often enough.

Eric Deggans is the TV and media critic for The St. Petersburg Times.