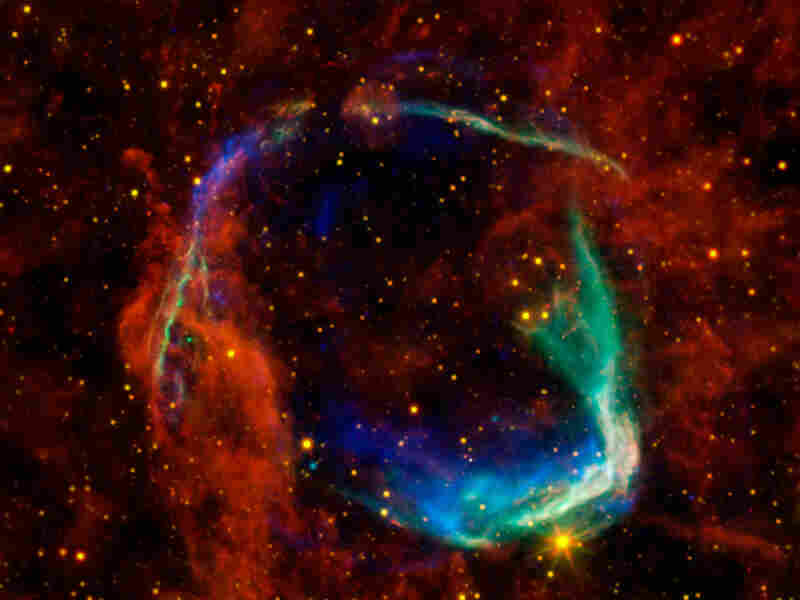 Astrophysicist Saul Perlmutter analyzed the brightness coming from supernovae, like the one pictured above, to measure how fast the universe is expanding. NASA hide caption 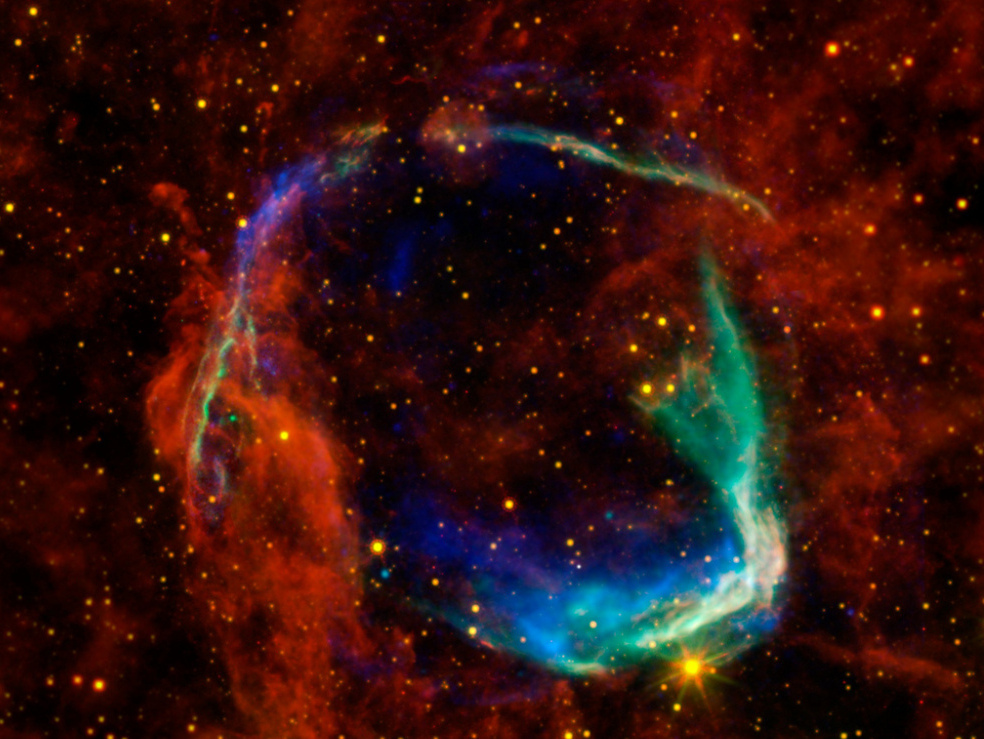 Astrophysicist Saul Perlmutter analyzed the brightness coming from supernovae, like the one pictured above, to measure how fast the universe is expanding.

Last month, the Nobel Prize for physics was awarded to three scientists who discovered that, since the Big Bang, the universe has been expanding at an accelerating rate. Before the discovery, scientists assumed that gravity slowed down the expansion of the universe. But the data collected by one team led by astrophysicist Saul Perlmutter and another team led by physicist Brian Schmidt indicated otherwise.

"When we started getting results that showed that it was not slowing ... [that] in fact it wasn't slowing at all — it was speeding up — it was a pretty big shock," says Perlmutter, an astrophysicist at the Lawrence Berkeley National Laboratory. "At the time, when you first get those results, it doesn't worry you too much ... because you know you haven't finished doing the calibration. The more we did the calibration, the more the results didn't go away."

Perlmutter, Schmidt and Adam Riess, who played a crucial role on Schmidt's team, shared the 2011 Nobel Prize in physics for their 1998 discovery, which involved studying distant exploding stars called Type Ia supernovae. By looking at the brightness and color of light coming from the supernovae, the scientists were able to figure out that the universe has expanded faster in the past 5 billion years instead of slowing down, as it was before that. Their findings — from two independent observations — both shocked and fascinated the scientific community. 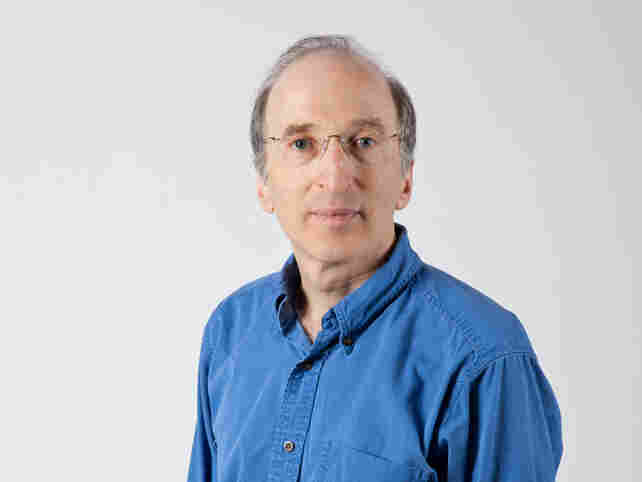 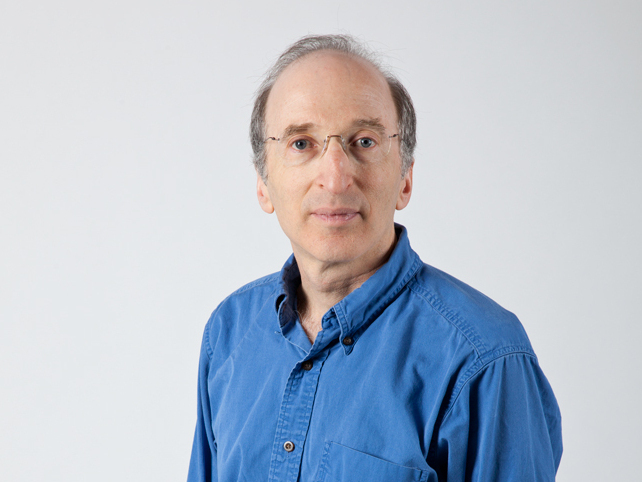 Saul Perlmutter is an astrophysicist at the Lawrence Berkeley National Laboratory and a professor of physics at the University of California, Berkeley.

To see the supernovae, Perlmutter's team had to reserve time at some of the biggest and most advanced telescopes in the world. But there were problems with that, he says. Supernovae are notoriously tricky — although they're super bright, they give no advance warning when they're about to explode (so that scientists can measure their brightness) and they only stay at their peak brightness for a short time before they start to fade.

And if the sky is cloudy? Tough luck.

"You have to apply for [the biggest telescopes] months in advance, and you might get one or two nights — and it makes a terrible proposal to say, 'I'd like to use the Keck telescope on the night of March 3 because sometime in the next few hundred years a supernova might explode,'" jokes Perlmutter. "So when we started the project, it seemed a little bit quixotic. We had to figure out ways that would otherwise be an awkward project into something that could be practical and reliable."

Perlmutter's team designed advanced equipment and a search strategy so that a lot of data could be captured and analyzed after their time at the telescopes. "Once we figured out how to do that, we were able to guarantee batches of supernova data on a certain date," he says.

Is The Universe Empty — Or Filled With Dark Energy?

The results of Perlmutter, Riess and Schmidt's research may suggest that the empty space in the universe isn't really empty — that it might be filled with what scientists called dark energy. The dark energy, spread throughout the universe, is thought to be associated with all empty space and is somehow working against gravity to push the universe apart faster and faster.

"If that is the explanation, then most of the universe is actually made up of this dark energy, which we've never previously studied," says Perlmutter. "It was not part of our accounting of all of our forces and particles in the universe up until now, and that's amazing. We have a remarkably complete picture in many ways — and it could be that we're not accounting for something that's almost three-quarters of the entire universe."

If you're puzzled by what dark energy is, you're in good company, says Perlmutter.

"At this point, I think there's been a paper averaging almost every day for the past 12 years with theorists of physics trying out different ideas for what could be the explanation," he says. "If you ask almost any of them, 'Do you stand behind your theory? Is this the answer?' I think almost everyone would say, 'No, no, no. I'm just trying to expand the range of possibilities.' We really don't know what's going on."

Another possibility? That Einstein's theory of general relativity needs to be modified for something on the scale of the entire universe.

"That would be remarkable, because Einstein's theory is so successful down to many digits of precision," says Perlmutter. "So the ideas that you can get another theory that you'd slightly modify and is just as good would be amazing."

Rethinking What They Know

Though scientists don't yet know the reason why the expansion of the universe is speeding up, they are excited by the possibility to rethink what they do know, says Perlmutter.

"From our point of view, the most exciting thing would be if we discovered something really fundamental in our understanding was just off a bit — and that now we have a chance to revisit it," he says. "That would be our favorite thing, if we could take a whole new crack at the problem — and a new way of understanding it. In physics, it seems like whenever we get a completely new understanding ... it somehow subsumes the previous understandings and it ... adds an extra level of sophistication."

Perlmutter, a professor at the University of California, Berkeley, teaches a popular class on the physics of music. As part of his Nobel Prize winnings, he receives a cash prize from the Nobel committee — and a free parking spot from Berkeley.

"They already put up the parking spot sign, so it's now in a row of spots for Nobel laureates," he says. "And I will say that growing up as a kid in an urban environment and having lived in cities all my life, the one achievement that everyone can look forward to is getting the perfect parking spot."