Accessibility links
Carlos The Jackal: On Trial Again, And Still Defiant Carlos the Jackal was one of the world's most wanted terrorists in the 1970s and '80s. Though he's serving a life sentence in France, he is on trial again, this time facing charges linked to deadly bombings three decades ago. 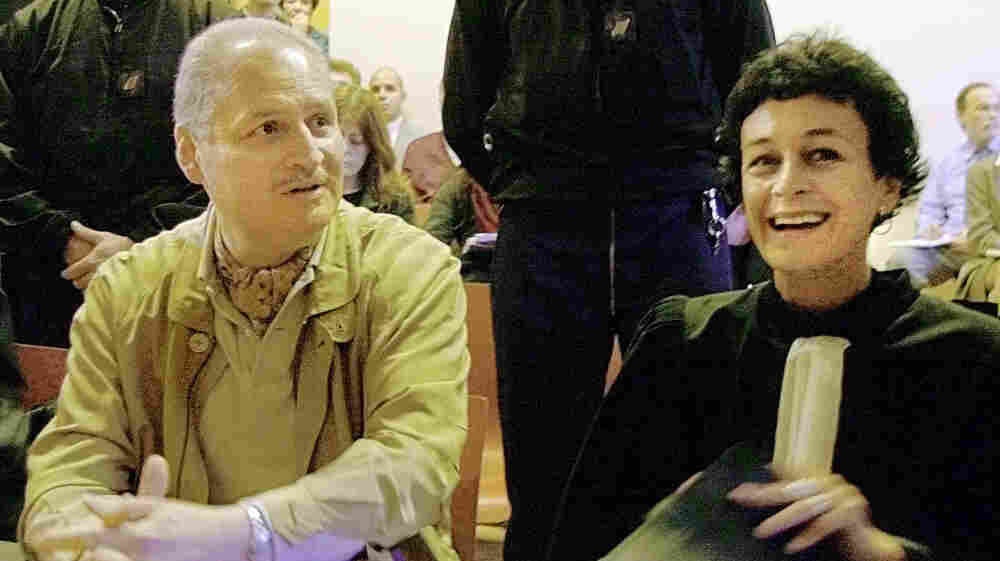 Carlos the Jackal, whose real name is Ilich Ramirez Sanchez, sits in a Paris courtroom in 2000 with his French lawyer Isabelle Coutant-Peyre, who later became his wife. Carlos is already serving a life sentence, but is on trial again, charged with terrorist bombings in France in the 1980s. Michel Lipchitz/AP hide caption 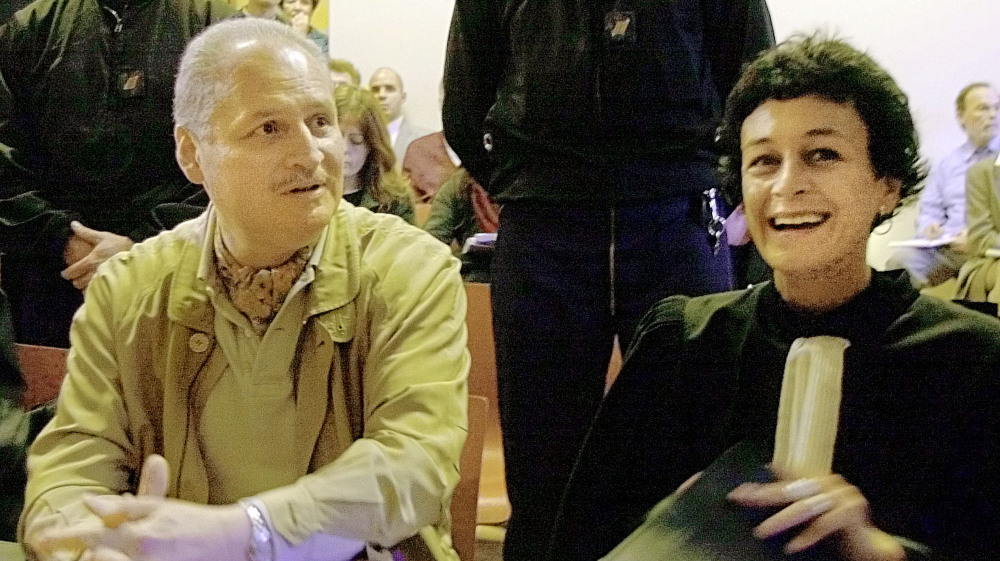 Carlos the Jackal, whose real name is Ilich Ramirez Sanchez, sits in a Paris courtroom in 2000 with his French lawyer Isabelle Coutant-Peyre, who later became his wife. Carlos is already serving a life sentence, but is on trial again, charged with terrorist bombings in France in the 1980s.

Carlos the Jackal, the man who sowed fear during the Cold War with terrorist attacks in Europe and the Middle East, has now been in prison for close to two decades.

But he's once again on trial in France, and the case has riveted the country.

French television footage showed Carlos being taken to the Palais de Justice in an armored van guarded by policemen darting about with machine guns. In this case, Carlos is accused of masterminding four bomb attacks in France in the early 1980s that killed 11 people and wounded more than 100.

Philippe Rouault was in the street when a car bomb linked to Carlos exploded in 1982.

"The windows blew out of every building. There was black smoke everywhere and sheer panic," Rouault said. "It was an apocalypse. The explosion threw me forward, and my back was completely burned."

Carlos, 62, was born Ilich Ramirez Sanchez into a wealthy, Marxist family in Caracas, Venezuela. A brilliant polyglot, Sanchez seems like a character out of a John le Carre spy thriller from a bygone era.

He is suspected of orchestrating the 1975 seizure of OPEC oil ministers in Vienna and the 1976 Palestinian hijacking of a French jetliner to Entebbe, Uganda, which ended with a spectacular Israeli commando raid. John Follain, who wrote a biography of Carlos, says he was the Osama bin Laden of his time.

"He was the No. 1 terrorist mastermind, at least considered that way by the Western powers, including the United States. Several Western governments tried to eliminate him — that includes France under President Mitterrand and the U.S., the CIA," said Follain.

Follain says Carlos wanted to fight imperialism and was drawn to the Palestinian cause in particular. For years he was uncatchable because of his support behind the Iron Curtain and in the Middle East. But when communism fell, Carlos became vulnerable. He was captured by the French in Khartoum, Sudan, in 1994.

Today, he is already serving a life sentence for the killing of two French secret service agents and an informer. But he could be released in seven years.

"We're gonna fight," said his wife and lawyer Isabelle Coutant-Peyre. "There's no reason, 30 years later, why France should be able to judge him for reasons of propaganda, not justice. This is nothing but a political trial, and he will have plenty to say."

Carlos is also suing the French state for kidnapping him from Sudan. When his latest trial began, he held up a defiant fist and listed his job as "professional revolutionary." His lawyers say he's still committed to the cause. Others say he seemed stuck in a time warp.

Though Carlos has spent much of his last 15 years in solitary confinement and is forbidden to speak to the media, he gave a radio interview on a recorder that was smuggled in. It was broadcast on the popular station Europe 1.

"My biggest regret is that I missed out on family life," said Carlos, speaking in heavily accented French. "I was an absent husband and wasn't there to raise my kids. But that was the price to pay."

Carlos said if he ever gets out of French prison and back to Venezuela, the first thing he'll do is to take his honeymoon.