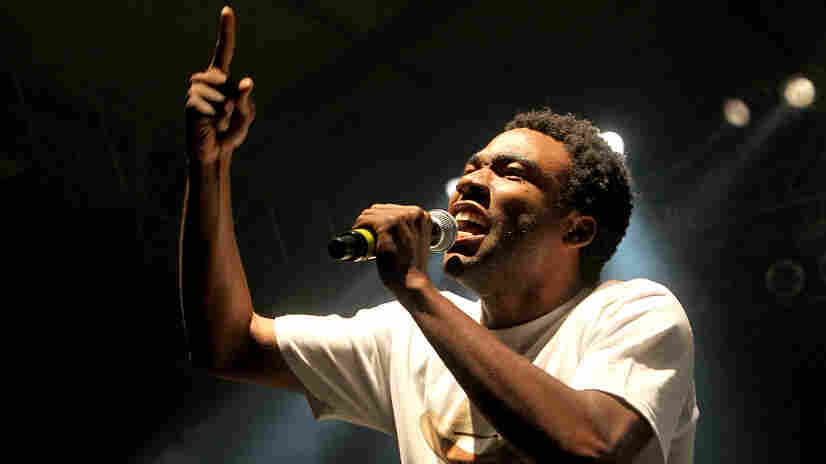 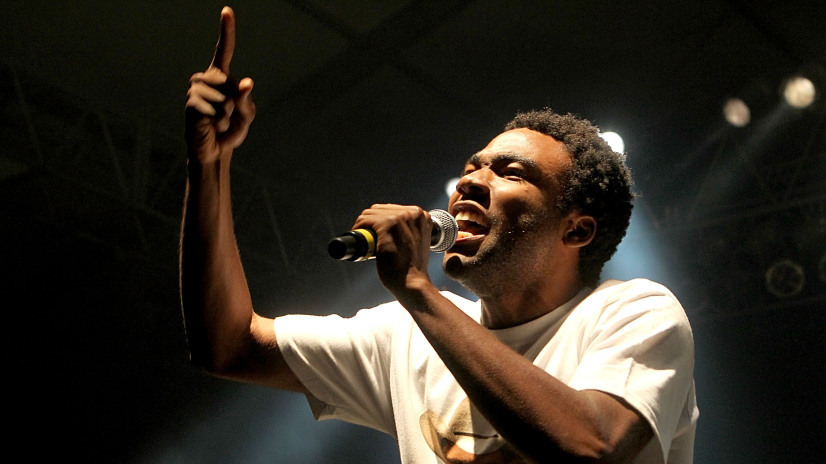 Donald Glover onstage as Childish Gambino at Bonnaroo this summer.

Donald Glover is a truly multifaceted talent. He is a stand-up comedian. He has written for the NBC show 30 Rock and Comedy Central's The Daily Show, and has attracted significant attention for his role on the NBC show Community. As if that weren't enough, he also raps under the moniker Childish Gambino, and has just released a new album called Camp.

In an interview with Morning Edition host Steve Inskeep, Glover says he made the album for his 13-year-old self. "The things that I said on the album," he says, "I wish I knew when I was younger." He writes from the perspective of a kid who is dismissed as a nerd.

He says that idea makes him a "Woody Allen-esque rapper."

"Everybody is kind of a kid," he says. "I personally don't believe people really grow. They just learn stuff when they were a kid, and hold on to it, and that affects every relationship they have. So the album is about learning the good stuff and taking away the good stuff, and continuing to grow — as opposed to staying 12 years old forever with relationships, which sometimes I feel like I still am."

Glover covers some standard rap topics, plays standard characters (people who are tough, who survive, who think they are "awesome") in his songs, but some of what he tackles is unorthodox for hip-hop. As a rapper, Glover is constantly vulnerable. A lot of Camp addresses the struggles of a black kid trying to find his own identity without succumbing to external social pressures.

It's similar to how he approaches his comedy. "I feel like that's the only reason I'm allowed to do rap and comedy," he says. "It's that they're kind of the same person."

Glover says it can be difficult for young black kids to find their own identity because so much of black popular culture has become uniform. "Black kids are told every day who they are. Every day," he says. Straying too far from the norm, he says, can get you ostracized.

"It's really hard when you're a black kid and you like a certain thing, but then there's no other black kids like you," Glover says. "And you might even get picked on for who you want to be or who you are — but you're just figuring it out. I felt like high school for me was like a big whirlpool of me trying to figure out what was OK for me to do."

Glover broaches the topic in his song "Hold You Down," an attempt to reveal the absurdity in the predicament:

The black experience is blackened serious,

'Cause being black, in my experience, is no one hearin' us.

White kids get to wear whatever hat they want,

When it comes to black kids, one size fits all.

Of Camp he says, "Hopefully making this thing will make it easier for little Donalds." Childish Gambino isn't your run-of-the-mill rapper; Donald Glover isn't an artist with many peers. He's succeeding in many different venues and doing so while remaining candid.