Accessibility links
Is Football Culture The Core Of The Problem? Commentator Frank Deford wonders if the very nature of the sport contributed to the events at Penn State. 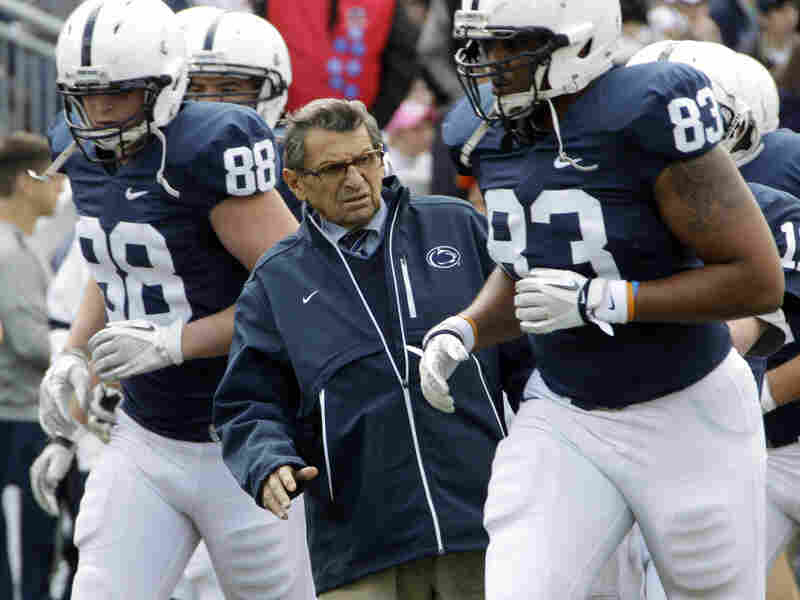 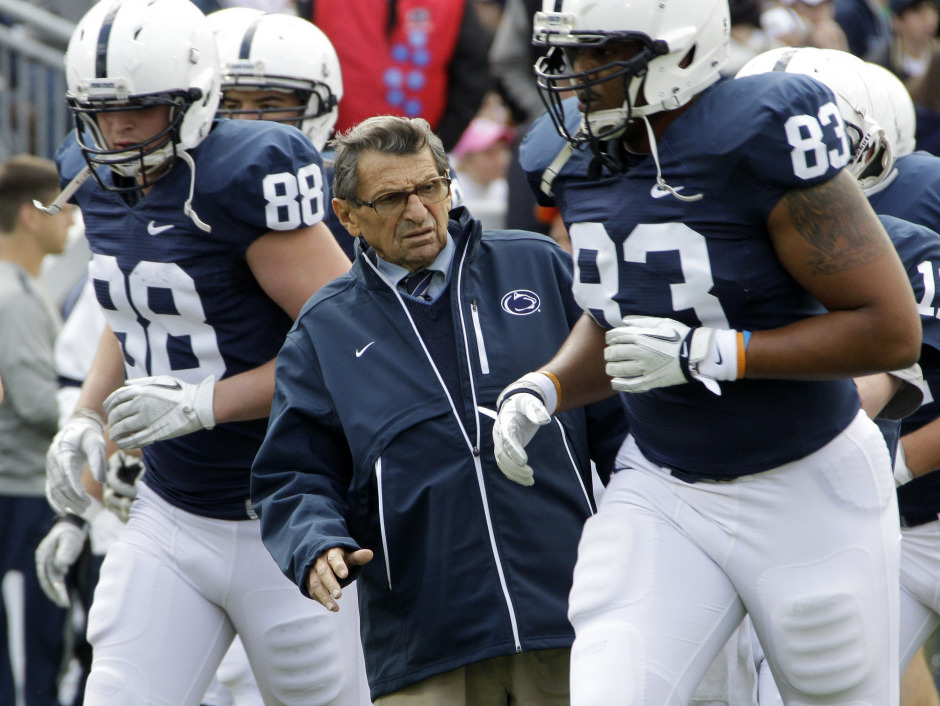 Then-Penn State head coach Joe Paterno gets out of the way during warm-ups before an NCAA college football game in State College, Pa., last month.

As confounding as was the failure of Penn State officials to act, the consensus explaining the motives for their ignoble behavior is that, first, Joe Paterno didn't want to scar the reputation of himself or his football program; and then, university executives wanted to protect the reputation of the dear old coach and his moneymaking team.

Yet I must wonder, as well, how much the culture of the particular sport involved — football — abetted the conspiracy of silence, especially at the inception when neither the young assistant nor Paterno himself could bring himself to go to the police.

Football, you see, is our proud American throwback showcase of men being at their best, most primitive masculine. Indeed, the question of whether the sport is too brutal has always been an issue, and nowadays, of course, the subject is as prominent as ever.

And as always, always, the defenders of football are furious that the violence might be curtailed by do-gooders, that football will be sissified. The expression heard from the time little boys first play is that football "teaches you to become a real man," to be manly. Nobody ever says that about even the most sublime basketball or baseball players.

The only other North American school sport that approaches football in its meanness is ice hockey, and — yes, maybe just coincidentally — hockey has also experienced horrifying cases of pedophile coaches that went unreported for years. How could anyone believe an abused boy that such a manly sport could possibly produce such sexually perverted men?

For football's devotees, the sport is public proof that our American men are still tougher than anyone else. Because of that reputation of machismo — that conceit, that creed — it surely becomes painful, almost traitorous, for men who love football to accept such an abject contradiction of their sport's manliness — the very rape of a little boy by a coach.

Perhaps it doesn't even matter why Paterno could be so insensitive and irresponsible. Even Paterno himself may not know what caused him to fail such a basic test of decency. But still, I cannot help but wonder that, no, it wasn't primarily because of his own reputation or because of all the money Penn State football made that stopped him from acting. No, I wonder if, above all, Coach Paterno could not bear to see shame come to his beloved game of football.