Accessibility links
Egyptian Groups Plan Mass Anti-Military Protests Many Egyptians are outraged over military rulers' plans to change the constitution to protect the armed forces from civilian oversight and give themselves the final say on key policies. It's the latest clash between pro-democracy factions and the ruling military council, which is accused of clinging to power despite vowing to cede control. 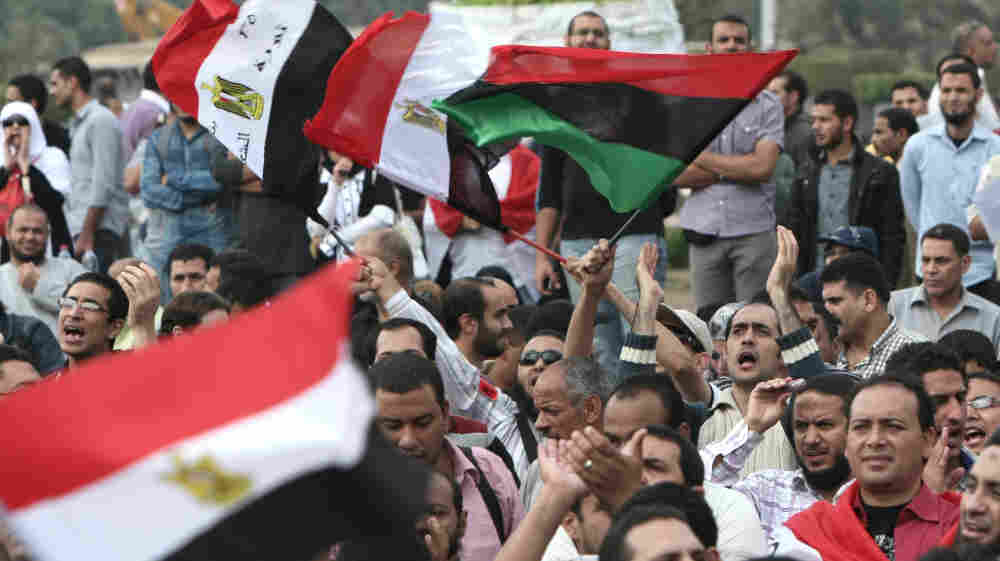 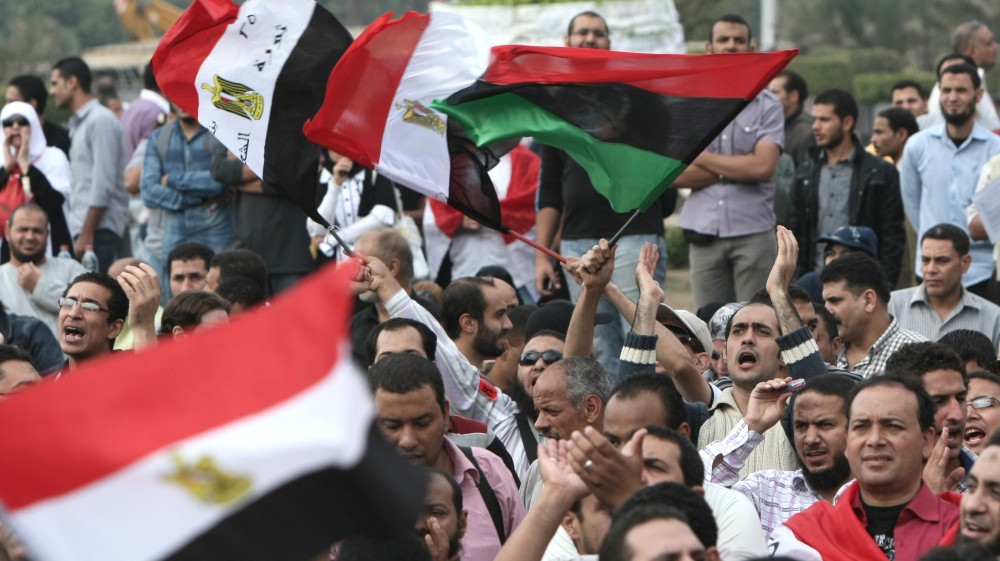 Egyptians attend a rally calling for a rapid transition from military to civilian rule following the February ouster of president Hosni Mubarak in Cairo's Tahrir Square.

Political parties, activists and Islamist groups in Egypt are threatening more mass protests in Cairo and other cities Friday against a document drafted by the interim government that would enshrine the powers of the Egyptian military.

It's the latest clash between Egypt's pro-democracy factions and the ruling military council, which is accused of clinging to power despite its pledge to cede control to an elected government.

The document was released more than two weeks ago by Egypt's interim civilian government, but analysts say there is no doubt it originated with the generals who have ruled Egypt since Hosni Mubarak resigned as president in February.

In a recent interview with Al Arabiya network, Deputy Prime Minister Ali al-Selmy defended the proposals that many complain would give the military unchecked power over Egypt. He said the measures were drafted in consultation with Egypt's political and popular forces, but critics say the only green light the government got to draft the measures came from the ruling military council.

"One of our biggest concerns with this document that the deputy prime minister and the government is presenting is that it's just a continuation of what we've seen of the military placing itself above the law," says Soha Abdelaty, deputy director of the Egyptian Initiative for Personal Rights.

She and others say the measures would give the military final say over the drafting of Egypt's new constitution.

The previous president used to have the power — and they are also aiming for that — to have the sole authority on deciding where from to buy weapons or ... how large the weapons deals are and how much they are. This is totally unacceptable.

The controversial proposals also call for the creation of a security council that would supersede any civilian government and prevent oversight of the armed forces budget, which receives more than $1 billion in U.S. aid each year. The proposals also leave intact the military's longtime hold on the Egyptian economy. The country's military manufactures a wide variety of goods and even sells gasoline to consumers.

Amr Darrag heads the Giza branch of the Freedom and Justice Party, the political offshoot of Egypt's powerful Muslim Brotherhood. He believes that if the measures are adopted, the military will be as untouchable as it was during Mubarak's era.

"The previous president used to have the power — and they are also aiming for that — to have the sole authority on deciding where from to buy weapons or ... how large the weapons deals are and how much they are," Darrag says. "This is totally unacceptable."

Muslim Brotherhood spokesman Mahmoud Ghozlan says his group plans to send its supporters into the streets Friday to demonstrate against the military until it backs down.

Many other groups and well-known figures like former Arab League Secretary-General Amr Moussa and Nobel laureate Mohammed ElBaradei are also calling for demonstrations.

A top government spokesman declined to comment to NPR about the proposals or the planned protest; nor has the military issued any comment.

But Egyptian historian Mahmoud Sabit says he doesn't believe the measures are part of a military plot to cling to power. He says the Egyptian army has crafted a role for itself as saviors over the past six decades — a role it wants to continue to fulfill.

"The idea of throwing it into the arms of — in their view — entities or personalities who don't have the political maturity to run a modern state along these lines is not a good idea," Sabit says.