Accessibility links
The Hipsterfication Of America Once relegated to a few urban enclaves, the American hipster is suddenly everywhere. And, though it sounds funny, says one aficionado of hip culture, "hipsters in Omaha may actually be cooler than hipsters in New York City." 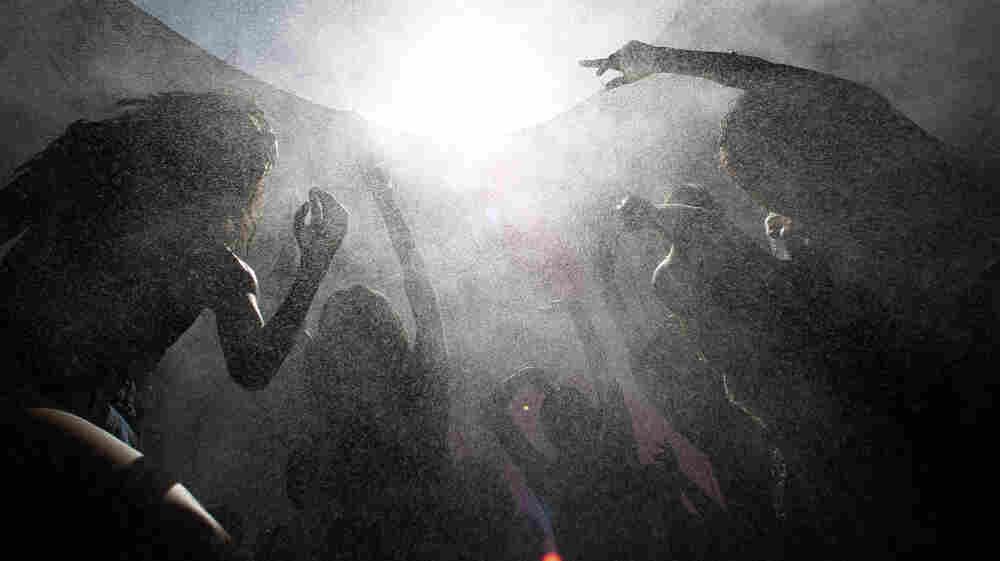 Concertgoers move in a spray of cooling mist as they dance amid the heat of the desert at the hipster Coachella Valley Music & Arts Festival in Indio, Calif., in April. Mike Blake/Reuters /Landov hide caption 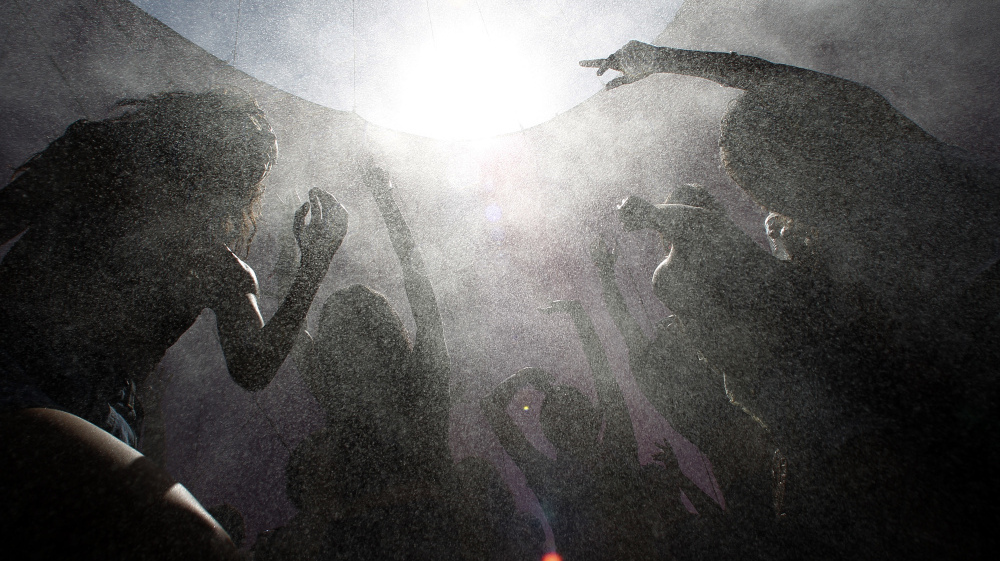 Concertgoers move in a spray of cooling mist as they dance amid the heat of the desert at the hipster Coachella Valley Music & Arts Festival in Indio, Calif., in April.

The hotel lobby in Franklin, Tenn., has an ultra-urban loft-esque feel — exposed air ducts, austere furniture and fixtures, music videos projected onto a flat panel. Everywhere there is lava-lampish aqua and amber lighting.

Sale racks near the front desk display chargers for iPods and BlackBerrys and a variety of snacks, including Cocoa Puffs and Red Bulls. Every room features a media box for digital video and music.

Welcome to Aloft, a hipster hotel on the outskirts of Nashville.

Nearby are Plato's Closet, a recycled-clothing store where hipsters shop, and Which Wich, a sandwich shop — touting its "edgy, magnetic environment" — where hipsters eat.

On the streets of Franklin and Nashville and almost every town throughout America now, hipsters scuttle by on scooters, zip around in Zipcars or Smart cars, roll by on fixed-gear bikes or walk about in snazzy high-top sneakers and longboard shorts. They snap Instagram photos of each other — in black skinny jeans and T-shirts with funky epigrams like "If You Deny It, You Are A Hipster" — and turn the pix into iPhone cases. They buy cool-cat snuggle clothes at American Eagle and down-market monkey boots at Urban Outfitters. They drink cheap beer, listen to music on vinyl records and decorate their lairs with upcycled furniture.

What's funny is that people who aren't hipsters generally express distaste for them and those who appear to be hipsters hate to be identified as such. Everybody hates hipsters ... especially hipsters.

They follow indie bands and camp out at Occupy movements. They work as programmers and shop clerks, baristas and bartenders. They are gamers and volunteers, savvy entrepreneurs and out-of-work basement dwellers.

In case you haven't noticed, hipsters — and those who cater to them — are everywhere. And that really galls some hipsters.

"Hipster culture is omnipresent," says Peter Furia, a founder of Seedwell Digital Creative Studio in San Francisco. "It dominates fashion, music and lifestyle. It crosses borders of ethnicity, socio-economic status and sexual preference — something that we haven't seen since the boom of hip-hop culture."

Furia's studio is producing a documentary-style Web series, American Hipster — for its nascent YouTube channel — that will debut in April 2012. "What's funny is that people who aren't hipsters generally express distaste for them and those who appear to be hipsters hate to be identified as such. Everybody hates hipsters ... especially hipsters. And the ironic part is that hipsters' opposition to pop culture has become pop culture."

You might think that as hipsterism ripples out, in concentric (and eccentric) circles farther and farther from its big-city epicenters, the ultra-coolitude would lose its authenticity, Furia says, "but the opposite may be true. Cities are known for setting trends; hipsterism is about anti-trends. It sounds funny, but hipsters in Omaha may actually be cooler than hipsters in New York City — everyone knows about New York City." 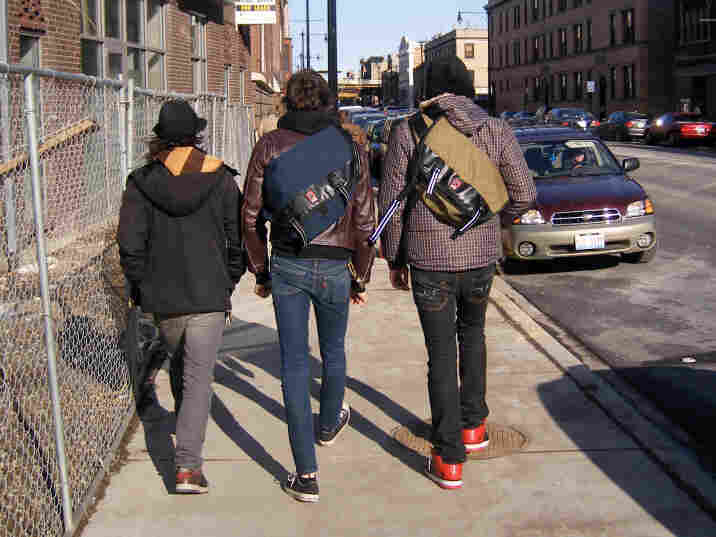 Hipsters like these urban dwellers in the Wicker Park neighborhood of Chicago have now spread to the farthest reaches of small-town America. Sam Swett/Flickr hide caption 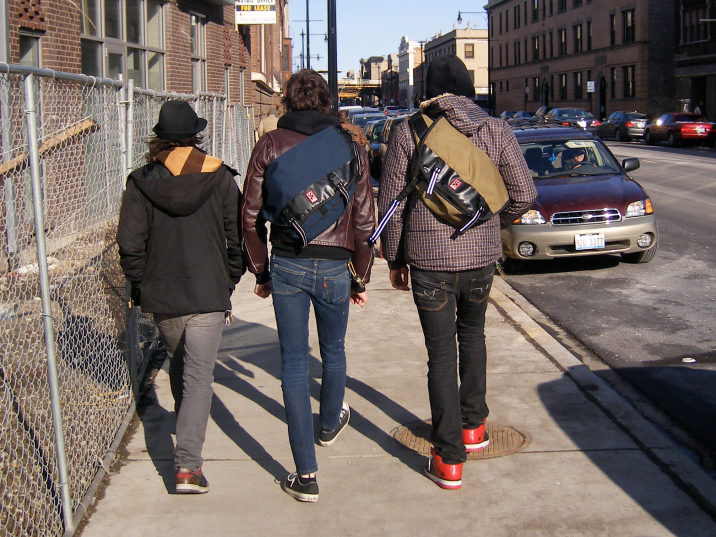 Hipsters like these urban dwellers in the Wicker Park neighborhood of Chicago have now spread to the farthest reaches of small-town America.

American society, Furia says, often thinks of hipsters as "posers who appropriate an image of cool individuality but lack authenticity, but we think there may be real substance beneath it all."

He points to social waves such as urban farming, the Do It Yourself initiatives and the Occupy movement. "There are lots of hipsters in all of these movements," he says, "who are authentic in their passions."

Revenge Of The Hipster

To many the American hipster represents more than ironic graphic T's and gourmet grilled cheese sandwiches. "I like to believe there's something smarter lurking within our romance with hip ... an idea of enlightenment and awareness," says John Leland, a New York Times reporter and author of the 2004 book Hip: The History.

America does have a long love affair with being hip — not only up to date and au courant, but ahead of the curve. The Urban Dictionary defines hipsters as "a subculture of men and women typically in their 20s and 30s who value independent thinking, counter-culture, progressive politics, an appreciation of art and indie-rock, creativity, intelligence, and witty banter."

The Wide World Of Hipsters

The greatest concentrations of hipsters, the hiptionary definition continues, "can be found living in the Williamsburg, Wicker Park and Mission District neighborhoods of major cosmopolitan centers such as New York, Chicago, and San Francisco respectively."

Sure enough, just a couple of years ago everyone was writing about discrete hipster enclaves. A 2009 essay in Time magazine focused on the Brooklyn neighborhood of Williamsburg, noting that because of a lagging economy and neighborhood gentrification, "Hipsterdom's largest natural habitat, it seems, is under threat."

But in fact, the opposite happened. In the past couple of years, Hipsterdom has entered — and in some cases, dominated — dominant culture. Hipsters, after all, know how to adapt: how to make the cheap chic, the disheveled dishy, the peripheral preferable. A shaky, shabby economy is the perfect breeding ground for hipsters.

Modern historians trace the term "hip" at least back to the Jazz Age. The word's origins are in dispute. Some believe it came from "hop," a street word for opium; or the hip flask carried by clandestine drinkers, or "hepi," an African word meaning "open-eyed awareness."

The hipster's ancestry no doubt involves hepcats and beatniks and hippies. Today some hipsters are so hip they refuse to use the word self-referentially and believe that anyone who does so is, well, hip-o-critical.

As long as hipsters were confined to cool urban corrals, they were easy to deride. Robert Lanham's 2003 The Hipster Handbook poked fun at them. A hipster, he wrote, is someone who has one Republican friend whom the hipster always describes as his "one Republican friend." 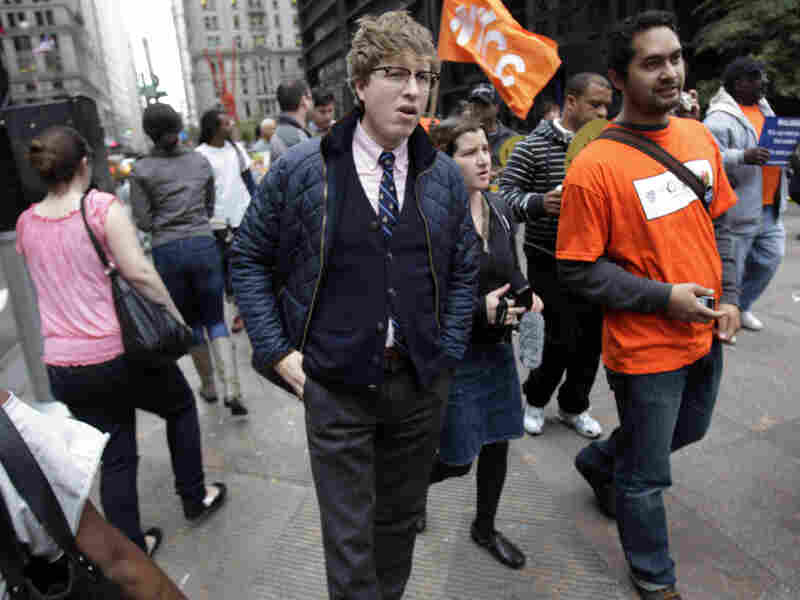 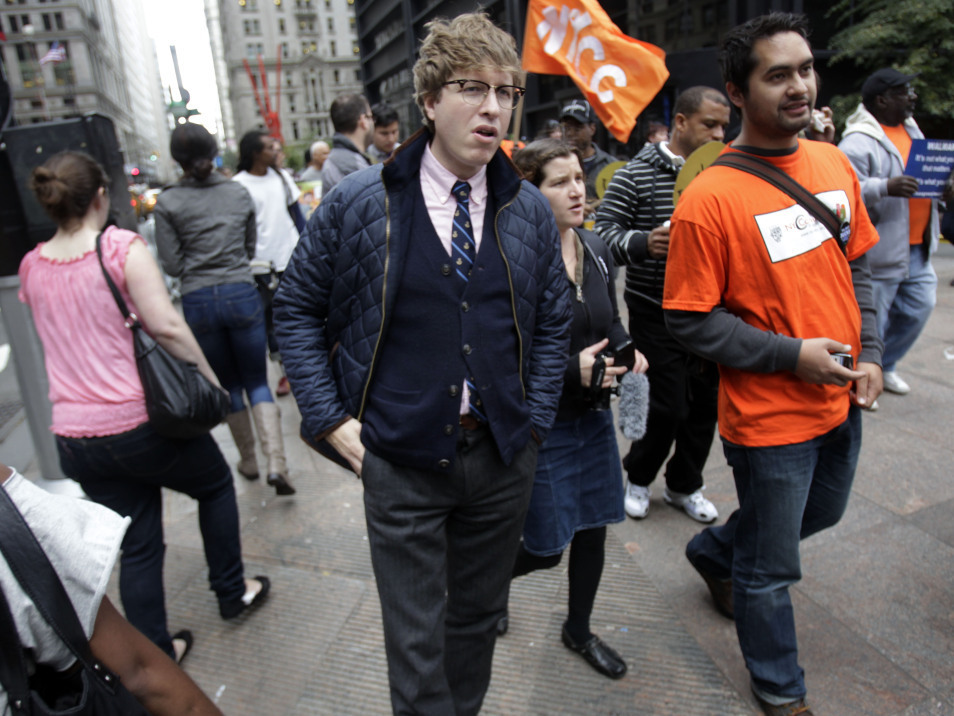 Known online as the "Hipster Cop," Detective Rick Lee (center) walks with protesters in New York in October. The plainclothes officer has been doing community affairs work at the Occupy Wall Street protest.

But with the hipsterfication of America, today's hipsters come in all stripes and all political persuasions. Rachel Maddow and S.E. Cupp to courtesy phones, please.

We are seeing the dawn of a new hipsterdom. The subculture has become an omniculture and its denizens can be found outside Nashville and in Grinnell, Iowa, and in Omaha, Neb. Visit the Little River Coffee Bar in Spartanburg, S.C., the Busted Lift in Dubuque, Iowa, or the Bikini Lounge in Phoenix.

And hipsterfication is happening at hyperspeed. "Hip used to have a lag time," the Times' Leland explains. "Weirdos and creative people fled their intolerant small town for the city, where they could be anonymous and find other weirdos. Together they combined their knowledge — of style or wisdom, of outsider lore, black and white — to produce hip."

The expression of hipness, Leland says, "had to be private to be distinct, understood only by the inner circle."

Eventually the hip sensibility was adopted by bigger and bigger circles until it boomeranged back to the small towns, Leland says. "Now there's no lag time. Those syntheses and exchanges take place not in physical spaces but metaphorical ones — in cyberspace, in the marketplace, in the media. So stuff that looks like hip is everywhere."