Accessibility links
Squabbles In Washington Frustrate Job Seekers Since September, President Obama and Republicans in Congress have been fighting over jobs. With so much political focus on jobs, NPR checks back in with the people we've been following as part of our Road Back to Work series. They started the year unemployed and searching for work. 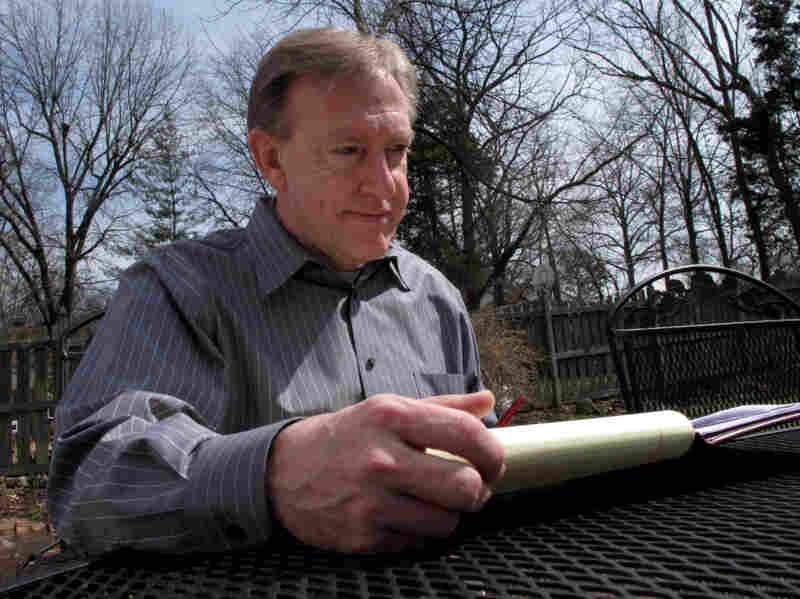 Ray Meyer, 55, had a 30-year career in banking before losing his job. He's been rolling from one temp assignment to the next since February. Tamara Keith/NPR hide caption 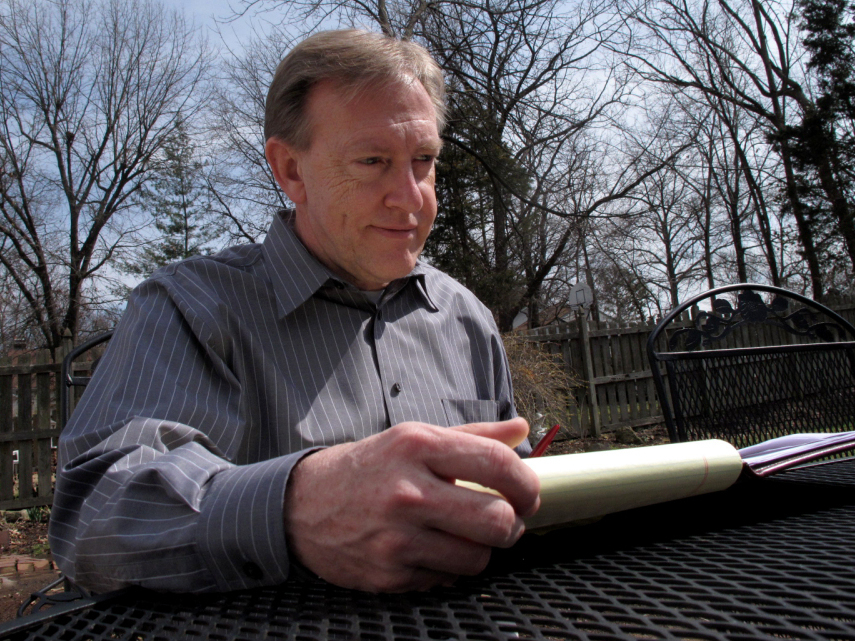 Ray Meyer, 55, had a 30-year career in banking before losing his job. He's been rolling from one temp assignment to the next since February.

Being unemployed for more than two years changed the way Ray Meyer looks at politics. He has always leaned Republican and used to have little sympathy for those who were receiving unemployment benefits.

"I used to think all those people that were unemployed, a lot of them could find jobs if they just wanted to," Meyer says. "I don't know that that's the truth anymore. I don't believe it. But it's definitely changed my opinion."

Now, Meyer, 55, says he is more sympathetic to those in need — and more cynical about what's happening in Washington.

Since September, President Obama and Republicans in Congress have been fighting over jobs. That's when Obama introduced a nearly $500 billion jobs bill. When that failed, the president and his allies broke it up into smaller pieces. With so much political focus on jobs, we thought this would be a good time to check in with the people we've been following as part of our Road Back to Work series.

Meyer is one of six people in St. Louis who started the year unemployed and searching for work and who are documenting their experiences for NPR.

"The temporary job assignment that I'm on now looks like it's going to be ending just before Thanksgiving," Meyer says into a digital recorder. "And I'm not for sure what I'll have after that."

He's worried that his next temporary job won't pay as well as the one he currently has. It pays significantly less than he made three years ago as a regional manager for a local bank.

Meyer worked his entire career in banking before losing his job in 2008. He's been rolling from one temp assignment to the next since February. For a time, all six people we've been following were employed. Now it's down to four. Meyer's recordings often come back to the same theme.

"With my experience, I just still don't understand why I'm not being picked up quickly by a permanent job someplace," he says. "Even if I can go someplace and be a teller and then work myself back up into their ranks."

And it's through this frustration about the job market that Meyer now looks at Congress and the president.

He says the president's jobs plan is nothing more than a Band-Aid for a gaping wound. But he's also upset that Congress doesn't seem to be able to do anything without fighting.

"Both parties need to take and give a little bit. And then we can get back on the right track, I think," Meyer says. "But it just seems like everybody is so mad at everybody all the time and so afraid that somebody is going to get something that they want or don't want to have happen or they want to get credit for and somebody else is going to get credit for. It's just silly to me."

We've got so many needs in this country. Why can't they put partisanship aside and start fixing things?

A recent poll found approval for Congress at just 9 percent. Talk to Brian Barfield, 54, for a few minutes and it's easy to understand why.

Barfield was in the auto industry until the plant he was working in shut down. He was unemployed off and on for three years. Over the summer he had a seasonal position driving a forklift for a major St. Louis company, but he didn't get hired permanently. Now he's working the occasional weekend shift and looking for full-time work.

"We've got so many needs in this country," says Barfield, raising his voice. "Why can't they put partisanship aside and start fixing things?"

Barfield is a Republican. And he's no fan of Obama or the idea of spending more money on economic stimulus. He's worried about the deficit. But Barfield makes an exception for extending unemployment benefits.

"You've gotta give people a way to actually live," he says. "And I'm not saying get rich. I'm just saying make it day to day. No one's getting rich off of this. But at least you can afford to feed your family." 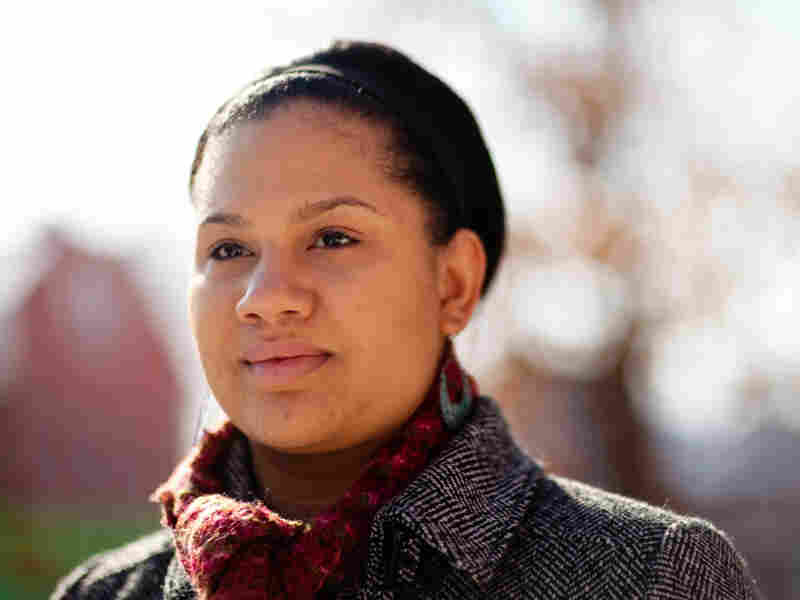 Annica Trotter of Hazelwood, Mo., is now working as a receptionist for a security company, but she relied on unemployment benefits earlier this year. Whitney Curtis hide caption 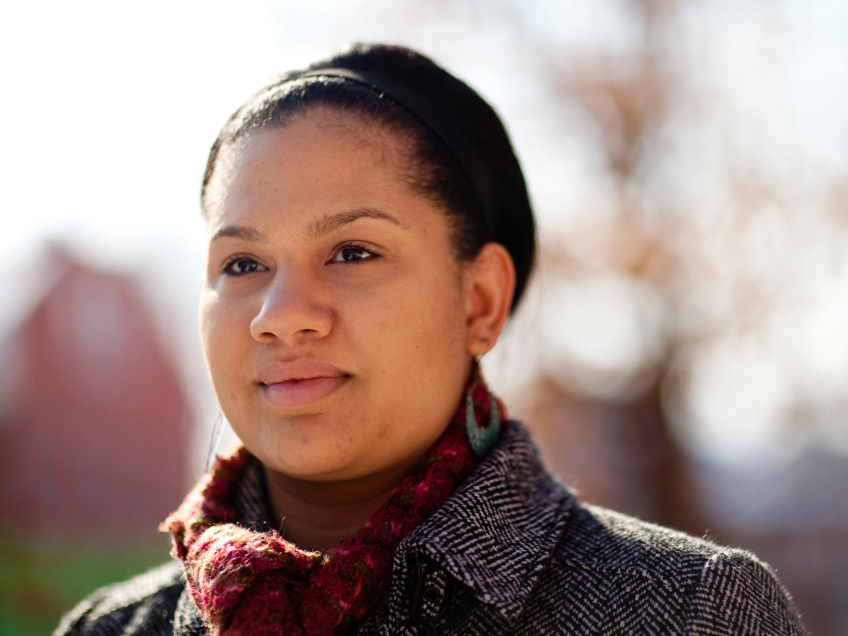 Annica Trotter of Hazelwood, Mo., is now working as a receptionist for a security company, but she relied on unemployment benefits earlier this year.

Thus far, Congress has done nothing about continuing extended unemployment benefits past the end of this year.

Annica Trotter, 25, is working now as a receptionist for a security company, but she relied on unemployment benefits earlier this year. She says she saw an interesting quote on the Internet that suggested that politicians make a minimum wage salary, and then we'll start to see change.

She thought it was clever.

Trotter is a Democrat. But she says she doesn't actually pay much attention to the daily political back and forth — the blame game as she calls it. Trotter says she's too busy trying to pay her bills and feed her two kids.