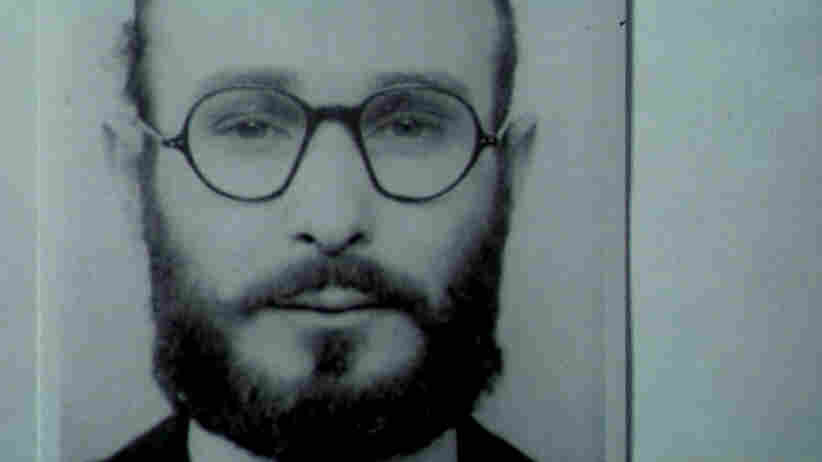 Double Game: Barcelona-born Juan Pujol Garcia established himself as a German spy — then turned to the British, who called him "Garbo" and used him to feed disinformation to the Nazis. First Run Features hide caption

From 'Garbo the Spy' - 'Supporting the Allies'

The story of World War II spy Juan Pujol Garcia, known to his British handlers as "Garbo," is certainly worth telling. And director Edmon Roch's Garbo the Spy employs clever workarounds for the (necessarily) scant visual evidence of its subject's clandestine career. But it'll help to know something of the tale before the movie begins: This is one of those documentaries that spend as much time mystifying as illuminating.

Heavy on clips from newsreels, propaganda films and Hollywood spy and war dramas, Garbo the Spy introduces Gen. Dwight D. Eisenhower, the actor Leslie Howard — who has a piquant but tangential role — and the 1944 D-Day invasion before getting around to Garcia.

The connecting thread is that Garcia, a Barcelona native, was part of the Allies' campaign to convince the German high command that the June 6, 1944, assault was just a diversion. The elaborate lie worked so well that the Germans were still preparing for another invasion two weeks after the Allies took the Normandy coast.

Garcia, who worked both sides of the Spanish Civil War, did the same in World War II. He approached the British about becoming an intelligence agent, and was rebuffed. So he went to the Germans, who were more enthusiastic. Living at first in Madrid and then near Lisbon, Garcia pretended to be in Britain. He supplied the Germans with information that was either phony or taken from public sources. He also claimed to supervise 27 subagents, who were as fictitious as his U.K. address.

Eventually, the British accepted Garcia as a disinformation agent and made one of his claims truthful by relocating him to London. His bogus reports to Berlin helped U.K. intelligence break German codes and were part of "Operation Fortitude," which persuaded the Germans to concentrate their defenses on two spots the Allies had no intention of invading: Calais and the Norwegian coast.

The Germans, it seems, never suspected Garcia, who became the only person to receive both an Iron Cross and an Order of the British Empire for his World War II service. His deceptions inspired Graham Greene's novel Our Man In Havana, the movie of which is one of many excerpted here.

Garcia, who vanished for nearly 40 years after the war but ultimately reappeared, left little autobiographical material. He did co-write a book, Operation Garbo: The Personal Story of the Most Successful Double Agent of World War II, with Nigel West, who is the movie's principal talking head. (Curiously, West also uses a pseudonym; he's actually Rupert Allason, a former member of Parliament who now lives in D.C., writing and lecturing on spy stuff.) He and the other interviewees don't say much about Garcia's motivation, which leaves a significant hole in the movie's analysis.

Add dreamy alt-pop songs from Eno and Sparklehorse, and the movie can be more trippy than informative. Garbo the Spy sometimes seems less interested in explaining Garcia than in merely reveling in his mystique.