Accessibility links
Congressional Stock Trades Get Scrutiny The STOCK Act, a bill that would ban members of Congress from trading stock based on nonpublic information they get because they're lawmakers, has 61 co-sponsors and counting. What's remarkable about this is the STOCK Act had just nine co-sponsors last week.

The STOCK Act, a bill that would ban members of Congress from trading stock based on nonpublic information they get because they're lawmakers, has 61 co-sponsors and counting. And after years of languishing with only one hearing, the measure is getting one in the House Financial Services Committee.

What's remarkable about this is that the STOCK Act had just nine co-sponsors last week. What changed? The CBS news magazine 60 Minutes did a story about congressional insider trading.

The report focused on several members of Congress, including Rep. Spencer Bachus, a Republican from Alabama. This week, NPR looked into his stock trades as well. 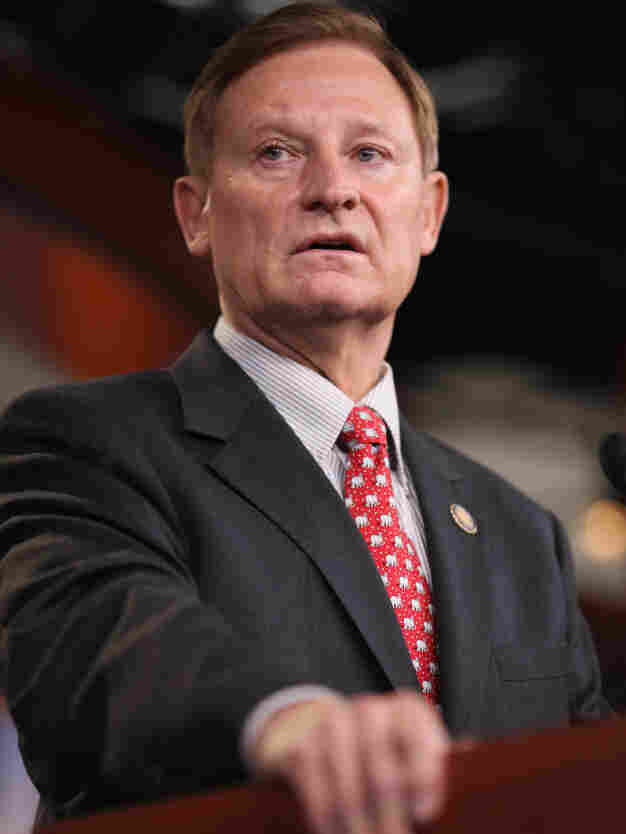 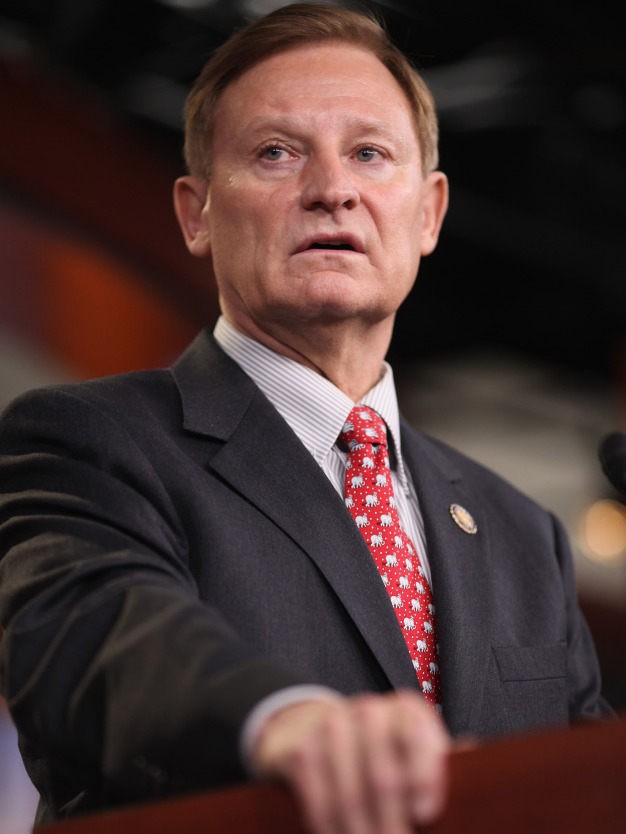 Think back to September 2008. The financial system was in crisis. Lehman Brothers failed on Sept. 15 and all that week confusion and fear reigned.

On Thursday, Sept. 18, the Treasury secretary and the chairman of the Federal Reserve gave congressional leaders a closed-door private briefing. Bachus was among those in the room. At the time, Bachus was the ranking member of the House Financial Services Committee.

The next day Bachus bought options betting the markets would fall — and they did. He sold about a week later with more than $5,000 in profit.

"Does that make me guilty because I'm a good investor," says Bachus, defending his trades. "Apparently I am one of the better investors around. Is that a sin?"

Bachus says in earlier years he paid for law school and bought a car by investing in the stock market. He insists as a member of Congress he has never traded on nonpublic information. And Bachus says he didn't need a top-secret briefing from the Treasury secretary to decide to short the markets.

There's probably no way to know what really drove the congressman's trades. But it's almost certain that even if he had used insider information, what he did was legal.

"There's no law against it," says Alan Ziobrowski, a business professor at Georgia State University. "There's nothing to prohibit them from doing it, and so I mean people will do what they're allowed to do."

Ziobrowski, who has studied the investment behavior of Congress, found that in the late 1990s, members of the Senate earned 12 percent more than the average investor. A more recent study of House members found a 6 percent annual advantage.

"The problem is of course as long as this continues, you'll never be certain whether or not congressmen are voting for their portfolio or they're actually voting for the benefit of their constituents," he says.

An Issue Of Appearances

"It seems in our study, on average, members of Congress would be better just owning index funds anyway," says Andy Eggers, a lecturer at the London School of Economics and co-author of the study.

He says, if nothing else, congressional stock trading just looks bad.

"For the sake of appearances, I don't see why Congress shouldn't make it required that members of Congress only own broad index funds or put their investments in a qualified blind trust."

Today fewer than 20 members of Congress have their investments in a qualified blind trust.

In comes the STOCK Act. It doesn't require blind trusts or ban trading. But it would, among other things, ban members and their staffs from trading on nonpublic information and require them to report stock purchases and sales over $1,000 within 90 days. Currently, it can take more than a year for information about trades to come out.

"We get information all the time that the outside people don't have," says Rep. Louise Slaughter, a New York Democrat who has been pushing the STOCK Act since 2006. "We have no business trading on that."

For his part, Spencer Bachus says he stopped trading individual stocks a year ago and divested from the markets entirely. His committee will hold a hearing on the legislation Dec. 6.