Accessibility links
A.A. Bondy: Making His Own World Three albums into his folk rebirth, the former rocker feels like he's finally come into his own. 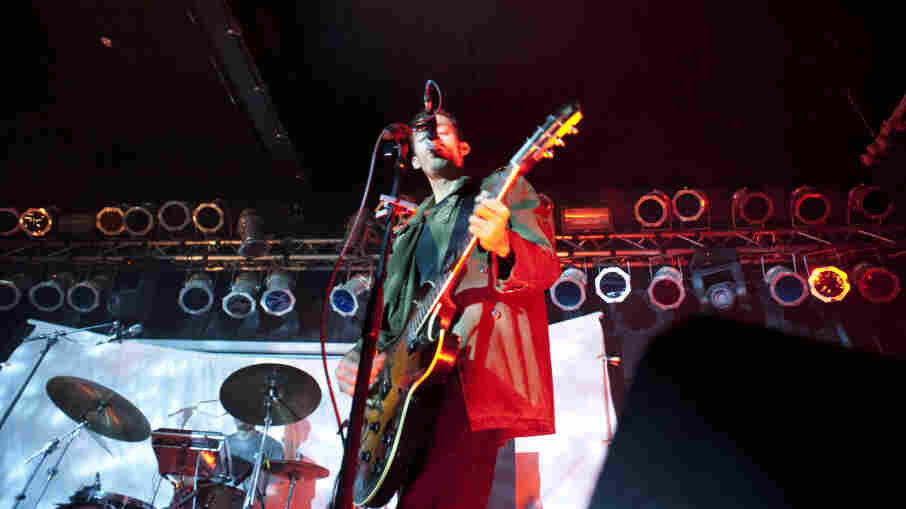 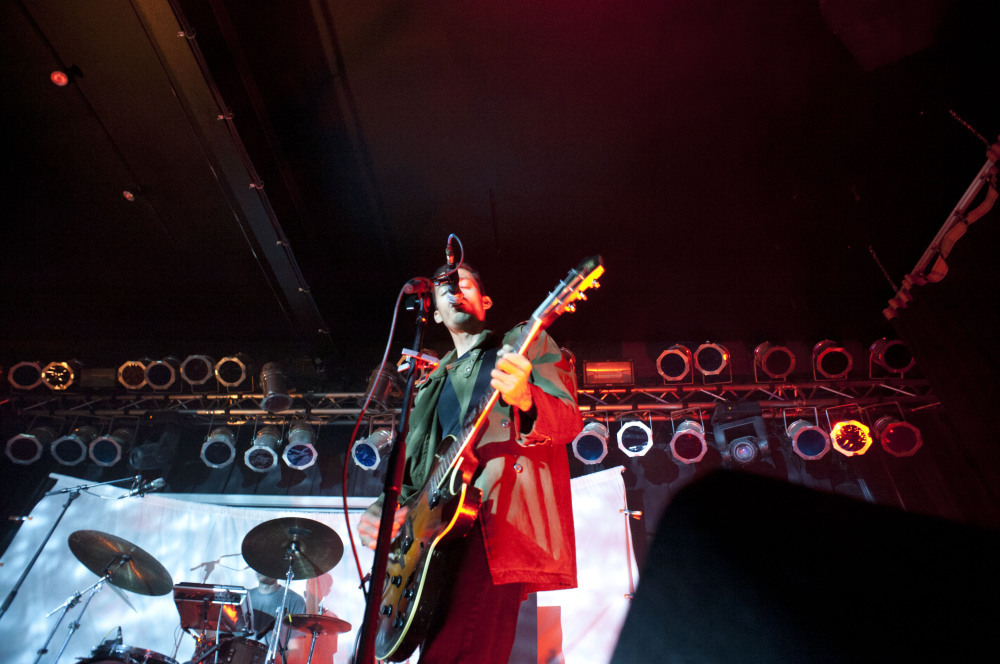 A.A. Bondy performs at The Waiting Room in Omaha, Neb. His latest album is called Believers.

Down In the Fire (Lost Sea)

One Friday night at The Waiting Room in Omaha, Neb., more than 150 people are milling around waiting for A.A. Bondy to take the stage. His new album, Believers, came out two months ago and caught fans like Andre Steinbergs by surprise.

"It really struck me as being very different from the first two because it didn't have the finger-style picking, but I do like that it's very atmospheric, that it's moody, that it's dark," says Steinbergs. "It's one of those records that I would listen to when the mood struck me."

It's taken Bondy more than a decade to create a world he can call his own.

"I wanted to make a world complete with typography, weather and night and day, all that stuff," says Bondy. "I just wanted it to spin on its own, as untethered as it could be to the things that informed it."

From Grunge To McCarthy

Bondy's career started when he was still in his early 20s, as the leader of Verbena. The band emerged from the ashes of the 1990s grunge movement and was signed to Capitol Records. Its major-label debut was produced by Nirvana drummer and Foo Fighters frontman Dave Grohl.

"We wanted to be like Led Zeppelin or something," says Bondy. "[We were] fooled by some shiny things left out in the dust and thought that we could just go out and collect them and we'd have our own plane," says Bondy. "It just went epically wrong."

After Verbena split up, Bondy quit music and fled to the Catskill Mountains in New York. He fixed well pumps, dog sat and read a lot — dark books by Cormac McCarthy, and classics like Moby Dick. And he continued to play music for himself.

"And that was also really good, because it was meditative just sitting there playing guitar for hours again," Bondy says.

It was then that he stumbled across records by acoustic guitar pioneer John Fahey, and was particularly entranced by a video of blues guitarist Mississippi John Hurt playing on the 1960s folk television show Rainbow Quest.

Three years after Verbena broke up, Bondy began writing his solo debut. He says it took him eight days.

"I couldn't shut it off," Bondy says. "It was almost uncomfortable. I had to go write another song. I'd be watching TV, and you're like, 'Here comes another one.' It was amazing, you know?"

Bondy was happy to be recording again, but he still didn't feel like he was offering anything original. With his new record, he does.

"Bjork probably started out completely original, but most people have to toil in the shadows as somebody else for a little while, and then they can eventually wean themselves off of that," says Bondy. "But it took me a really long time to do it."