Accessibility links
Romeo Santos: Taking Bachata Mainstream The lead singer of Aventura, the hottest band on the Latin charts, has a solo album and a TV show. 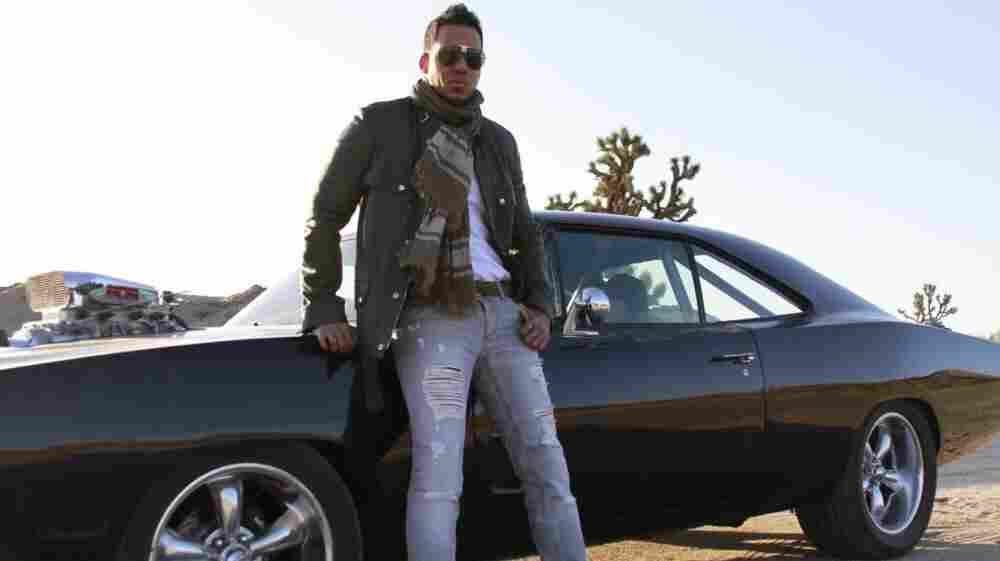 With his debut solo album, Formula Volume 1, Romeo Santos aims to cross over into the English-language market. Courtesy of the artist hide caption 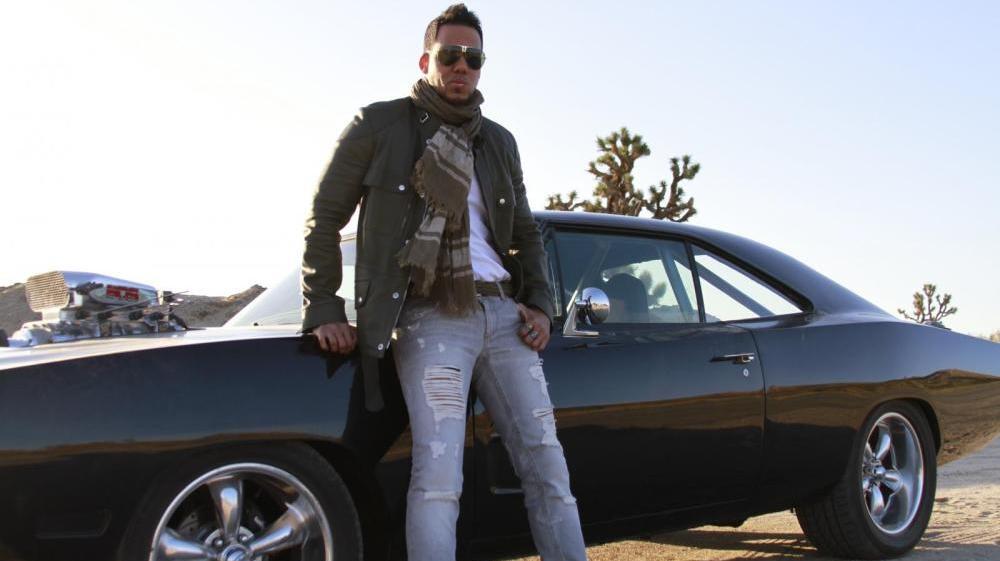 With his debut solo album, Formula Volume 1, Romeo Santos aims to cross over into the English-language market.

The hottest artist on the Latin charts right now is Dominican-American Romeo Santos. His band Aventura has sold 4 million records in the U.S. and sold out Madison Square Garden in New York several times. He may not be a household name among non-Hispanics yet, but Santos is determined to change that. His debut solo album, Formula Volume 1, aims to cross over into the English-language market and spread his brand of bachata to the masses.

Bachata is a melancholy Dominican music style heavy on guitars and full of dramatic lyrics about heartbreak, betrayal and sadness. What makes Santos an unlikely star is that as recently as the 1980s, bachata was shunned by many as a rural, working-class style of music, says Pedro Biaggi, one of the top DJs on Washington, D.C.'s El Zol 99.1 FM.

"I began in radio in 1987," Biaggi says. "The concept of bachata did not exist then. It was salsa, meringue and cumbia — but there was no bachata. Eventually, it's a movement of music that just exploded. It's just really very powerful. I think it's like 60 percent — close to 60 percent — of our format, of our music."

Santos started hearing bachata at a young age, when he was growing up in the Bronx. He still remembers when he first fell in love with it.

"One day my father brings a cassette. He's showing me this, and he's like, 'Look at this guy, his name is Anthony Santos, like you,' " he says. "I popped it on and started hearing the songs, the music, and I was like, 'Wow, this sounds great.' "

The younger Santos went out and bought all the albums by the Dominican legend, who popularized the use of electric guitars in the genre. Then he got together with his cousin Henry and a few friends, and started Aventura.

Although based in New York, Aventura sings mostly in Spanish. Santos says he was raised bilingual, but his strength is in Spanish.

"Even though I live and I was born and raised in the States," he says, "when I'm doing music, it's easier for me and I know exactly how to express myself. I would always talk with my friends in English and Spanglish, but it was more like slang. It was more like, 'Yo, what's up dog?' But in Spanish I know what's proper and what's ghetto. I know the difference."

Aventura was the perfect combination: romantic enough for the ladies, but with enough bravado for the guys. The group sang with a solid bachata bass and a good layer of R&B. It didn't hurt that they had boy-next-door good looks. They sounded different, and people went crazy for it. Aventura blew up.

But for every Supremes, there's a Diana Ross. After 17 years together, Santos announced he was going to be working on a solo project. A very public melodrama in Spanish-language media ensued. Santos claimed he carried the burden of the workload in Aventura; his band members accused him of letting fame go to his head.

Santos' new album, Formula Volume 1, is a clear attempt to move into the mainstream without losing core bachata fans. It features several English-language songs and collaborations with contemporary hip-hop artists like Lil Wayne and Usher. But Santos says he and his producer, Rico Love, carefully considered whether or not to collaborate with non-Hispanic artists.

"It would just be so unique, unexpected and, in my opinion, revolutionary," Santos says. "That's what I felt. My goal is for them to cross over into my world. But I also want to reinvent myself, which is why I do a little bit of R&B, which is why I got Lil Wayne on a song in this album."

If you don't catch Santos on the radio, you may see him on TV soon. He just signed on to ABC for a pilot comedy show about a Dominican family living in Washington Heights in New York. And while he'll still have to prove that he can act as well as sing, Santos says the project reminds him a lot of his band, Aventura.

"When we started Aventura, I think a lot of — the reason why we became so successful besides, you know, doing good music, was also the fact that it was unique and different and never done," he says. "So this is what I compare this to: I've never seen something like this done before. And when I see movies and Dominican characters, they're not really Dominicans! I know what Dominicans sound like. I know their accent, I know their words, and they never get it. And now we have the opportunity to do it, and do it right."

If his musical career so far is any indication, Santos may well get it right again.