Accessibility links
Peggy Sue: Mining The Dark And The Discordant There's nobody named Peggy Sue — or even a Margaret or a Susan, for that matter — in the British folk-rock band. But there is a young trio comfortable with plugging in and evoking macabre moods. Singers Rosa Slade and Katy Young explain. 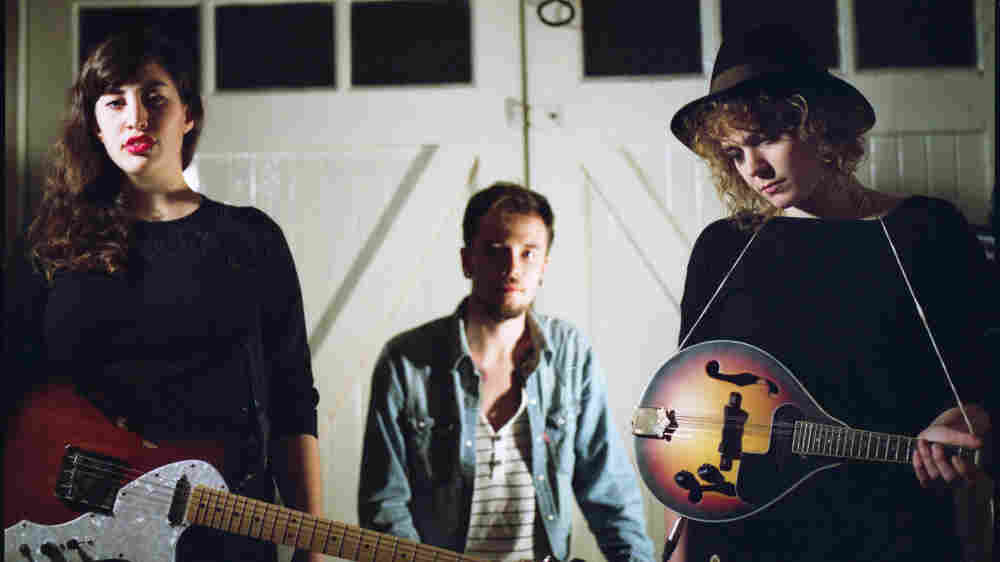 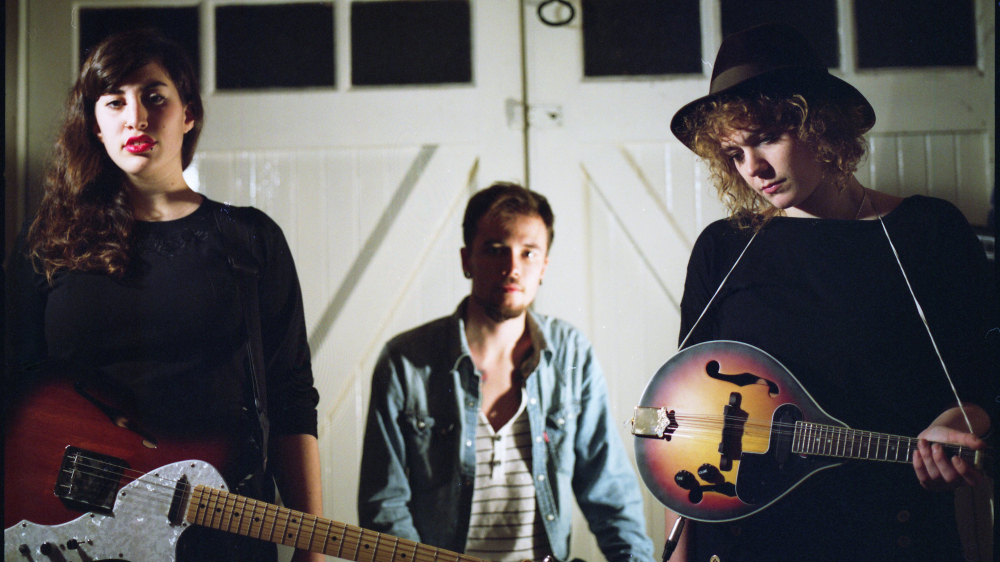 There's no Peggy Sue — or even a Margaret or a Susan, for that matter — in the British folk-rock band Peggy Sue. There is, however, a hard-driving group that has just released its second album, Acrobats. Peggy Sue is the trio of singers and guitarists Rosa Slade and Katy Young, and drummer Olly Joyce.

Compared to the band's first record, Acrobats leans less toward folk and heavier toward rock. It plays with darker textures, like discordant vocal harmonies, and relies more on electric guitar. As Young says, "[The word] 'foreboding' is in every review, I think."

"I don't think we necessarily set about to make moody music, but I personally definitely use songwriting as quite a cathartic process," Young says. "So often I'll be writing because I'm having a bit of a dark day. And we're not miserable people all the time, but I think that's — I don't know, it's a way of exploring those ideas and those emotions without having to walk around being miserable all the time."

Slade and Young recently spoke with Weekend Edition Saturday guest host Linda Wertheimer while on tour in Copenhagen, Denmark. The singers talked about creating macabre moods, and the influences behind Acrobats.

"Any time that anyone mentions a PJ Harvey influence, we're massively happy about it," Young says. "It's a nice comment to get from anyone."