Accessibility links
Tension Runs High In Kenya's 'Little Mogadishu' Kenya's Somali community feels it has become the target of a security crackdown after authorities vowed to drive out supporters of the Somali Islamist group al-Shabab. Some residents of Nairobi's Eastleigh neighborhood, dubbed "Little Mogadishu," say they no longer feel like they belong. 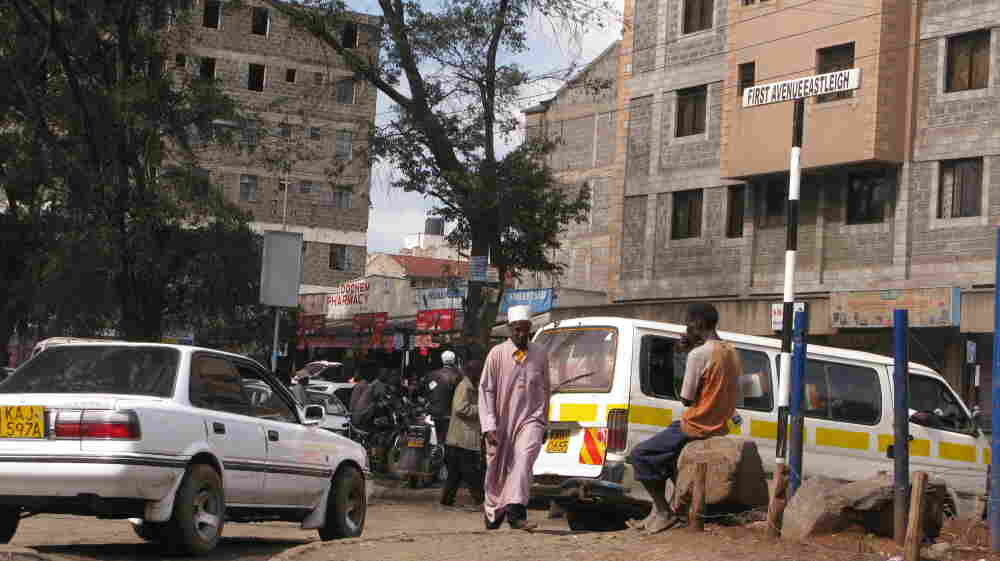 Eastleigh, a neighborhood of Nairobi, Kenya, is known as "Little Mogadishu," because its home to Somali-Kenyans and Somali immigrants. Ofeibea Quist-Arcton/NPR hide caption

In the Kenyan capital of Nairobi, they call the Eastleigh neighborhood "Little Mogadishu" because it is home to so many Somali-Kenyans and Somali immigrants and refugees.

Last month, Kenya launched a military incursion into Somalia, vowing to crush the al-Qaida-linked Islamist group al-Shabab. Kenyan authorities say they will drive out supporters of the Islamist militants who are within their own borders — including in Little Mogadishu.

Now Kenya's Somali community feels it has become the target of a security crackdown.

Kenya blames al-Shabab insurgents, who are fighting their own administration in Somalia — and now Kenyan troops in the country's south — for a recent wave of kidnappings of Westerners inside Kenya. The Islamist group has not claimed responsibility.

Somalis have been accused of laundering millions of dollars of ransom money, collected by pirates who hijack ships. Little Mogadishu has seen a building boom, though the allegation — which was investigated by the Kenyan government — has never been substantiated. 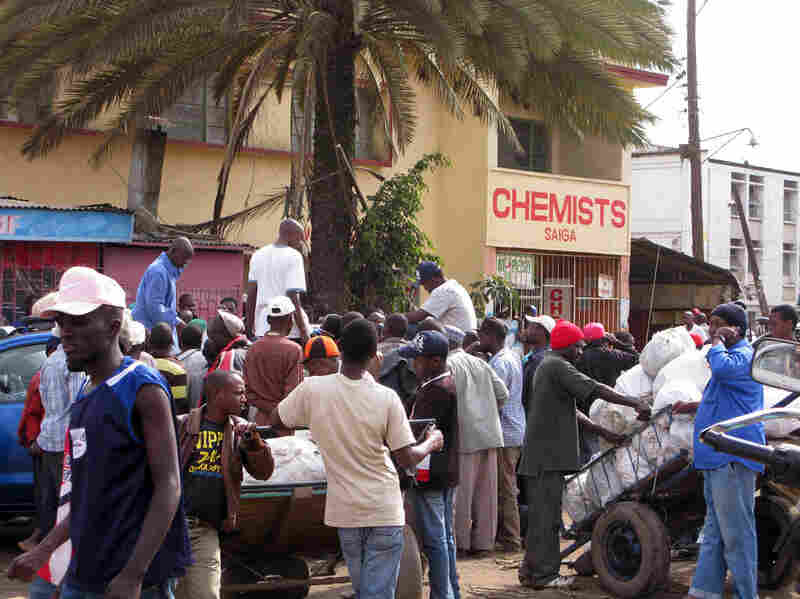 In Eastleigh, a neighborhood of Nairobi, Kenya, that is home to many Somali-Kenyans and Somali immigrants, some residents feel they are being discriminated against. Ofeibea Quist-Arcton/NPR hide caption 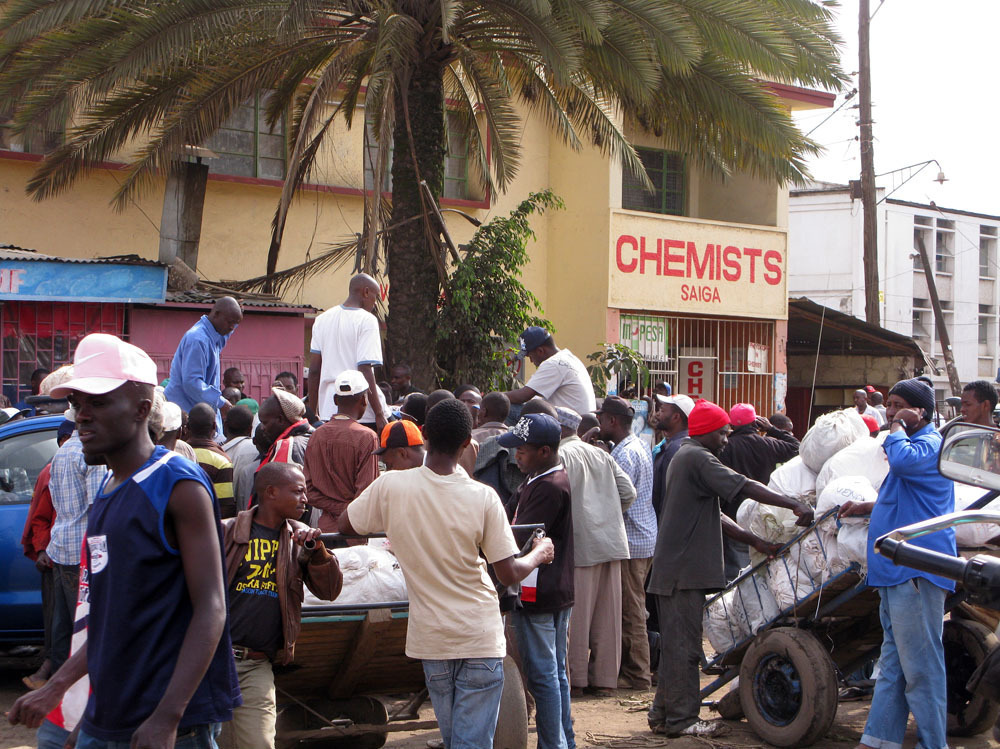 In Eastleigh, a neighborhood of Nairobi, Kenya, that is home to many Somali-Kenyans and Somali immigrants, some residents feel they are being discriminated against.

Orwa Ojode, a deputy Kenyan minister for internal security, recently told Parliament that al-Shabab was like a snake — "with its tail in Somalia and its head in Eastleigh" — i.e., in Little Mogadishu.

Somali-Kenyans say they feel they are victims of discrimination and their political representatives are calling for restraint.

Aden Duale, a Somali-Kenyan member of Parliament, warns, "If you have a criminal, look for individual criminals, because sometimes we hear ... it's very easy to assume all Somalis are al-Shabab."

Duale is concerned by what many consider a blanket threat by Kenya's government, after the abductions of foreign tourists and aid workers in Kenya. He says the Somali community is caught in the middle and is appealing to the government to "distinguish between the criminals and the ordinary citizens,"

"That distinction should be very clear," he says.

But many Somalis fear possible arrest by the police, as well as hostility from some Kenyans, laments Munyadeen Roble.

"Like when you are walking on the streets of Nairobi, or when you're in a public bus, people will look at you bad and say, 'Shabab,'" the Somali immigrant says.

He says he feels mounting "Somali-phobia," hearing things like, "Hey, is that al-Shabab? This man, is he al-Shabab? Is he going to do something?"

Roble says it makes "you feel bad, when people is talking to you as [if you are] al-Shabab" — as if the Somali community automatically supports the militant group. Especially, he says, when this is a group that "made you flee from your country."

After two grenade attacks in Nairobi last month, hate messages against Somalis were posted on social media sites. The hate posts dwindled after a non-Somali Kenyan was arrested, tried and sentenced to life in prison. 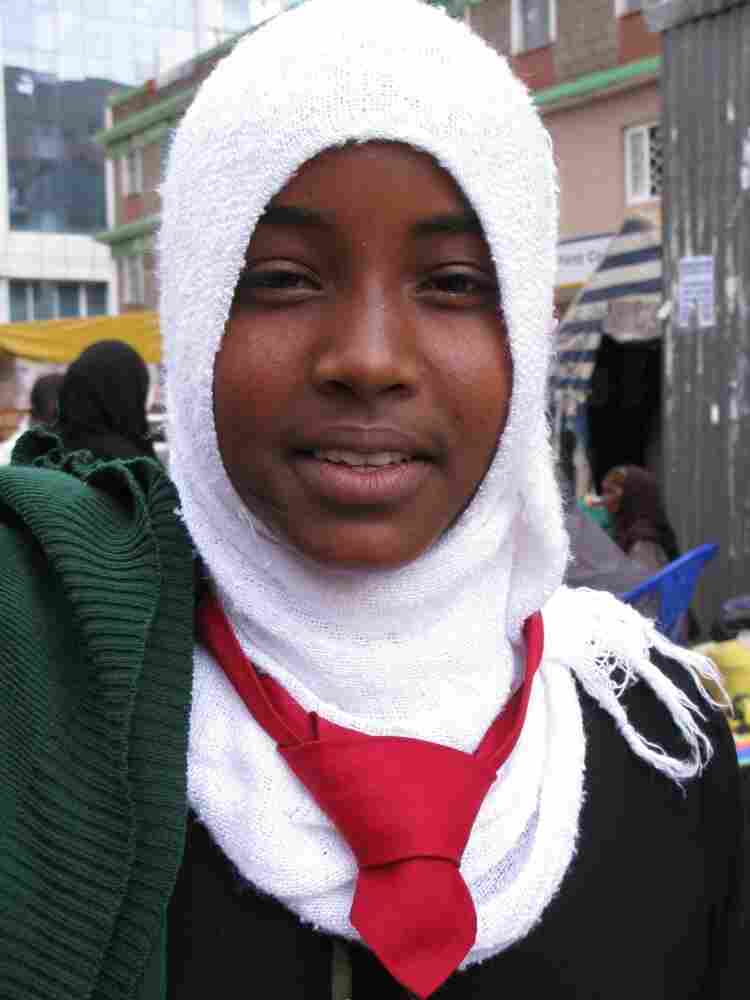 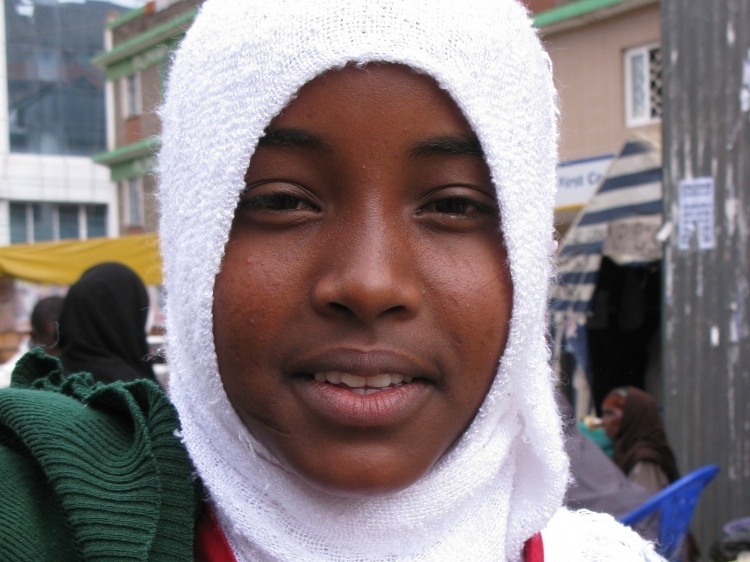 In Eastleigh, Somali schoolgirl Layla Ahmed, 16, says she's happy that Kenya is trying to drive al-Shabab out of Somalia.

Ahmed Aden, a Kenyan of Somali origin, says he is being marginalized by his own government and police force. He believes they are not doing enough to protect the Somali community.

A History Of Tension

There is history behind this current antagonism. Tension between Somali-Kenyans and other ethnic groups in Kenya dates back to Kenya's independence from Britain in 1963.

Between then and 1967, Somali-Kenyans in the northeast attempted to secede and join neighboring Somalia. In a violent crackdown, the Kenyan government snuffed out the breakaway bid and many innocent people were caught in the crossfire.

From 1979-89, massacres were reported in the region and blamed on Kenyan government troops sent to curb banditry and clashes between rival ethnic groups.

But Roble, the Somali refugee, says he and others fled lawless Somalia looking for peace and security in Kenya.

"We Somali refugees living here in Kenya, we came here to get peace. It is good for us to have a peaceful Kenya. Kenya is our second country," he says. "Before these attacks, we were not feeling as foreigners. But now we feel as foreigners."

Not all the Somali community feels put-upon. After prayers at the mosque in Little Mogadishu, veiled women selling frothy white camel's milk on the dusty sidewalk had their own opinions about the Kenya-Somalia crisis.

Sitting on stools and giant yellow containers, they're not keen to have their comments recorded. Most are too shy to talk publicly. However, 16-year-old Somali schoolgirl Layla Ahmed, wearing a serious smile and a fluffy white scarf wrapped around her head and neck, readily shared her views about al-Shabab and the Kenyan military adventure.

"We are happy that they are getting al-Shabab out of Somalia," she says. "People have a difficult life and are running from there. And we are grateful to Kenyans if they are helping us to get al-Shabab out of our country."

The Kenyan army has not indicated how long it will remain in southern Somalia. But the Somali and Kenyan governments stress they are working in tandem, along with international support, to restore peace to chronically unstable Somalia and drive out al-Shabab insurgents from both countries.