Accessibility links
Children Of Cuba Remember Their Flight To America The U.S. government operation airlifted more than 14,000 Cuban children from Havana to the U.S. after Fidel Castro took control of Cuba. Fifty years later, those children are recalling how that flight changed their lives. 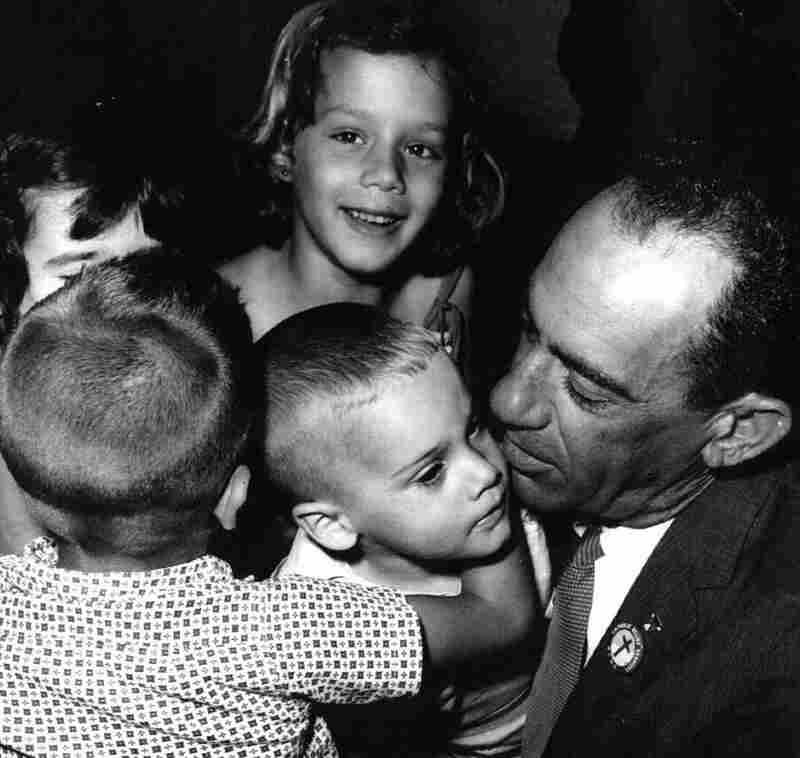 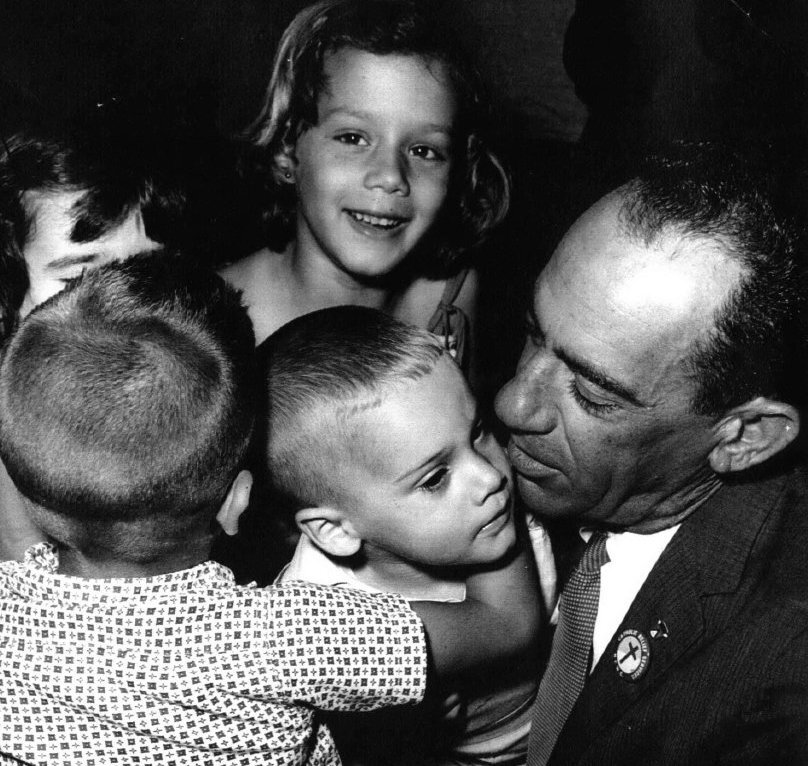 At Miami's airport, children from Cuba meet George Guarch, who worked for the Catholic Welfare Bureau in the city. Guarch took displaced children to temporary camps in Miami.

Operation Pedro Pan shaped the lives of a generation of Cuban-Americans. Between 1960 and 1962, the program airlifted more than 14,000 Cuban children from Havana to the U.S. Fifty years later, those children are recalling how that flight changed their lives.

In Miami this weekend, a group of Cuban-Americans — now in their 50s and 60s — are gathering to commemorate the flights that took them from their homeland to America.

The journey began in early January 1959, after Dictator Fulgencio Batista fled the country. Fidel Castro arrived in Havana soon after and took control.

Back then, Jose Azel was an 11-year-old living in Havana. Today, he's a research associate at the University of Miami.

"It was clear very early on that the regime was moving in a totalitarian direction, with confiscations, expropriations of properties and that sort of thing," he says.

Azel was soon involved in underground activities. By 1961, his mother had died and his father decided to send him out of Cuba to America. Azel says the Castro regime had started separating children from their families as part of its literacy campaign.

He recalls having just a short conversation in which his father told him he was sending him away for his safety.

"So in the minds, I suspect, of most of the parents of the Pedro Pan children, this was going to be a short-term, temporary separation," he says.

As it turned out, Azel never saw his father again. His father died in the mid-1970s without being able to leave Cuba.

The Paper That Led Thousands To Flight 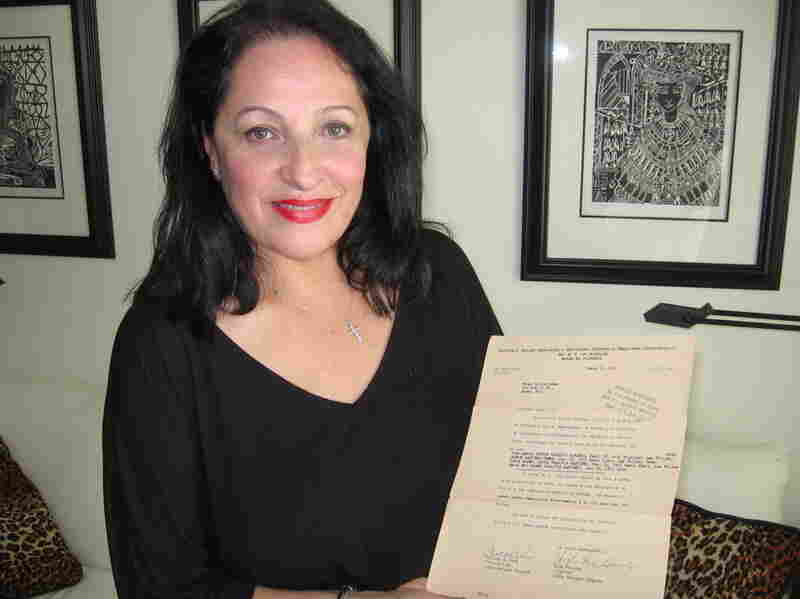 Carmen Valdivia still has the visa waiver she received from the U.S. government in 1962 that allowed her to leave Cuba for Miami. Greg Allen/NPR hide caption 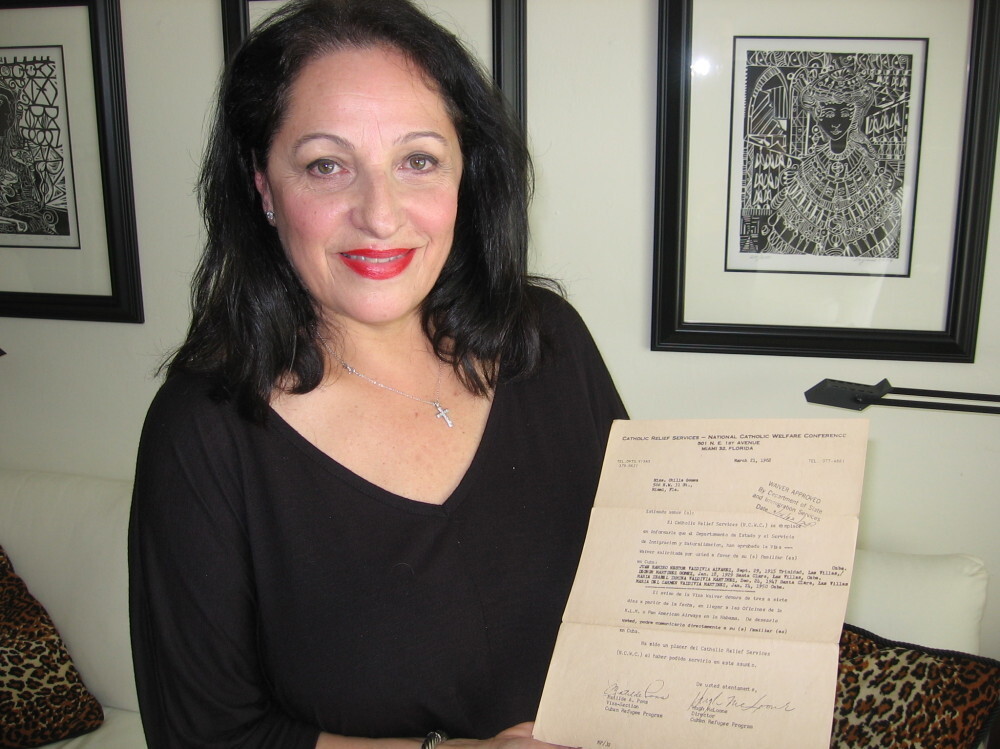 Carmen Valdivia still has the visa waiver she received from the U.S. government in 1962 that allowed her to leave Cuba for Miami.

It wasn't until much later that Azel learned he was one of some 14,000 Cuban children who fled the island in similar circumstances. It was made possible because of a deal a priest in the Miami diocese — Father Bryan Walsh — worked out with the U.S. State Department. The agreement allowed him to sign visa waivers for children 16 or under.

Historian Victor Triay has written about Operation Pedro Pan in his book, Fleeing Castro. In 1961, Triay says, the failed Bay of Pigs operation ended hopes that Castro might soon be ousted. Castro also clearly announced that he was turning Cuba toward communism.

"They started closing down all the schools, including and especially the private and Catholic schools. So that caused a mass panic," he says. "And, of course, these visa waivers were photocopied in Cuba with Walsh's signature. They were accepted by the Cuban government, and so these visa waivers just started to spread around the island."

There were two direct Pan Am flights every day from Havana to Miami. Soon, they were full of children — some with families, many without.

Carmen Valdivia came with just her sister. At her home in a Miami suburb, she still has a yellowed letter, her visa waiver. The paper reads, "WAIVER APPROVED By Department of State and Immigration Services."

Valdivia says she and her sister arrived in Miami with almost nothing. Security personnel at the airport in Havana took their suitcases, leaving them just what they carried in their purses. 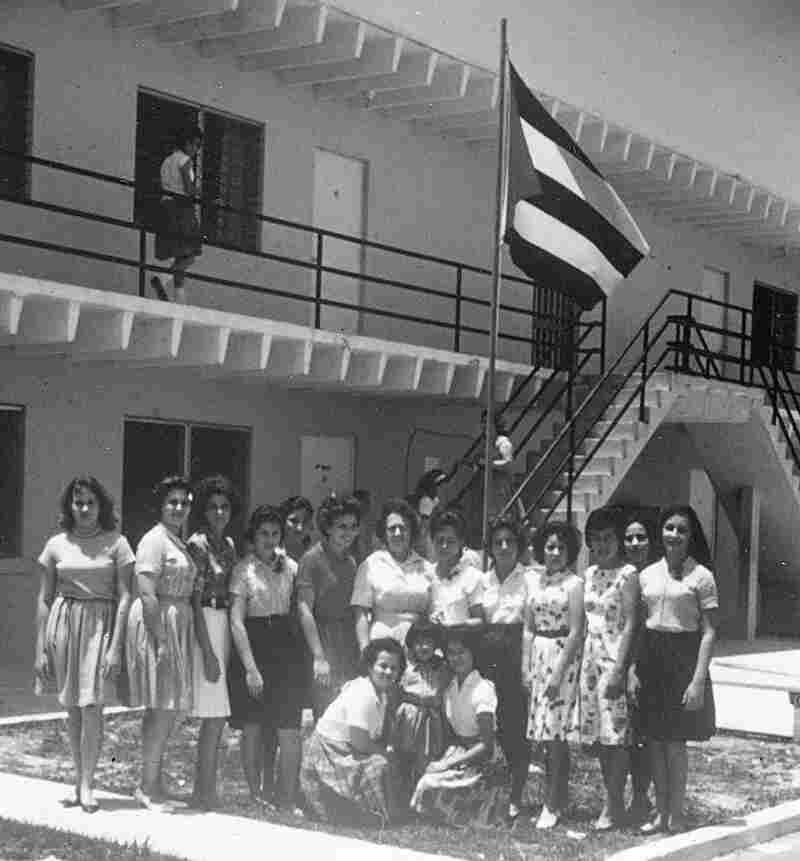 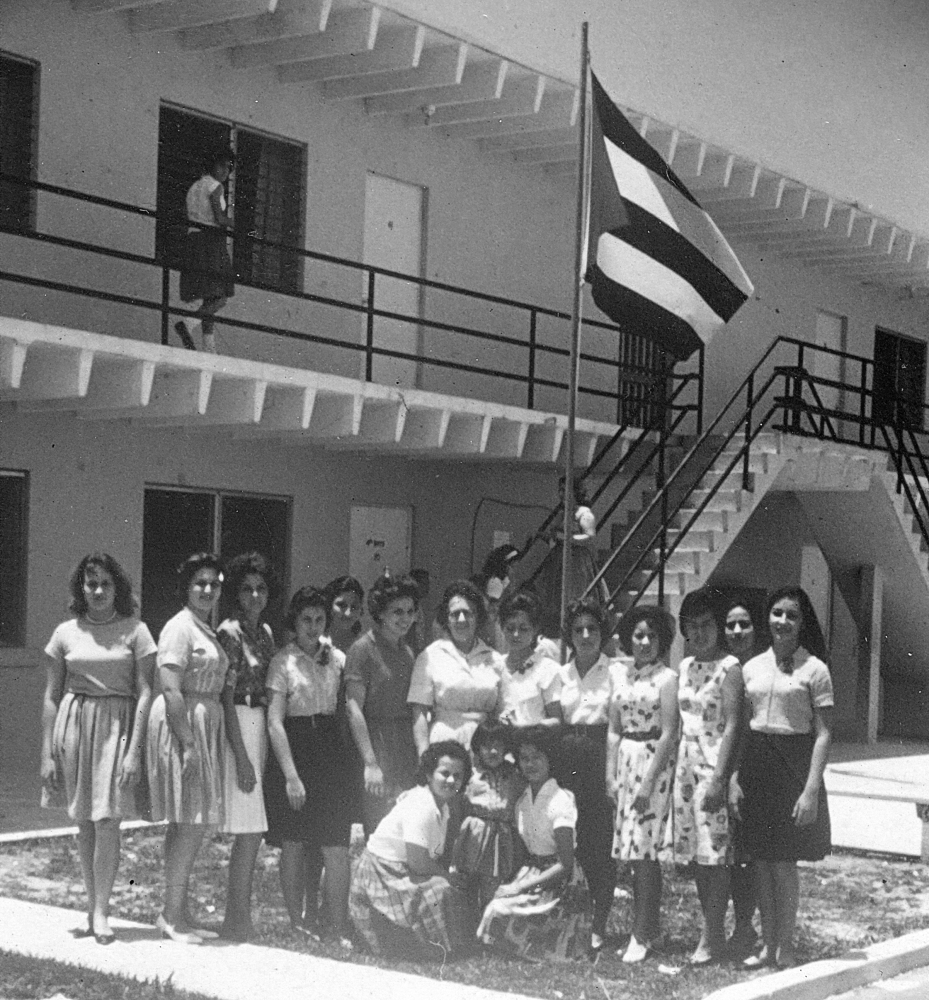 Carmen Valdivia (far right) and other girls lived at a camp for displaced children in Florida City. They had been airlifted from Cuba in Operation Pedro Pan.

Valdivia still has the last gift her parents gave her in Cuba: an autographed book that they both signed.

In it, she wrote: "This autograph I bought at the last moment that I was in my Cuba, the beautiful. My parents got to sign it, and I am glad that they did because this is the only thing that I have from them, and they are what I love the most in this world."

About half of the children airlifted to Miami were, like Valdivia, reunited with family members within a few years.

Others went to foster families and boarding schools around the country. That was Carlos Eire's experience. Eire has written about those years in his book, Learning to Die in Miami.

He left Cuba with his brother in 1962. They shuttled from camp to a series of group homes and foster families until his mother rejoined them three years later. For him and most other Pedro Pan children, he says it was an overwhelmingly positive experience, but one that came with a sense of loss.

"Not having your parents there, you kind of feel a sense of betrayal, that you're betraying your parents if you're too happy," he says. "Even after my mom came, even at the best moments, it was always this feeling that, 'Gee, you know, my dad's not here.' You feel this sense that you should never or can never be really happy."

As adults, many of the Pedro Pan kids have done well. Eire went on to become a professor at Yale and a National Book Award-winning author. Other Pedro Pan kids include former U.S. Sen. Mel Martinez and salsa star Willy Chirino.

There's something else, Eire says, that most of the Pedro Pan kids still share, 50 years later. They're firmly opposed to any normalization of relations with the Castro regime, the regime that was responsible for breaking up their families and forcing them from their homeland.