Accessibility links
Boston's Leaky Gas Lines May Be Tough On Trees Using a mobile gas sensor, researchers have found more than 4,000 significant natural gas leaks while driving through Boston-area roads. The city's gas infrastructure is currently being fixed up, but methane in the leaked natural gas has the potential to harm trees and dry out soil. 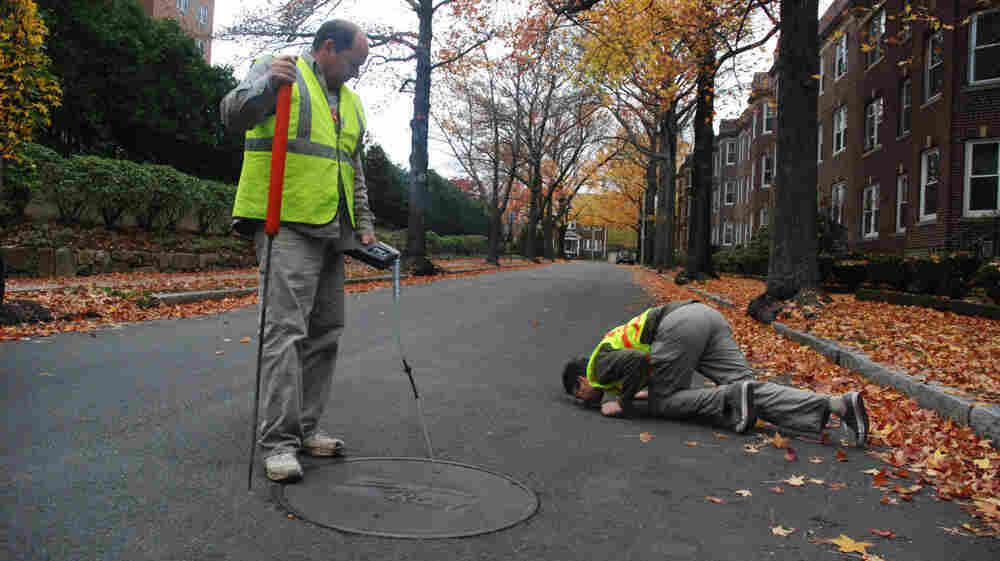 A scientist in Boston has been driving around the city measuring leaks in the gas mains. He's found a lot, and he wants the public to know where they are.

Gas leaks aren't uncommon, and gas companies spend a lot of time tracking them down and repairing them. But the scientific team says they're surprised at how many they've found, and what those leaks are doing to the health of the city's trees.

The project started after biologist Nathan Phillips at Boston University met a former gas inspector, Bob Ackley, on a stroll through town. Ackley was using a gas sniffer to look for leaks from underground gas mains. He told Phillips that Boston's gas system was leaky.

So Phillips obtained his own methane detector — a state-of-the-art model called a cavity ringdown spectrometer — and put it in a car. "We just measure while we drive," he says. "It's a very fast-acting piece of equipment." 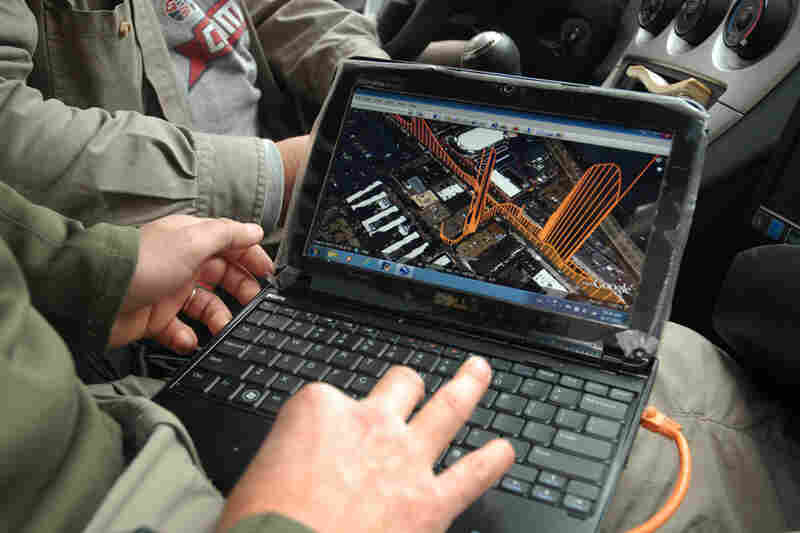 Nathan Phillips looks at methane data plotted on a map of Boston streets on Nov. 17. Data from a mobile methane "sniffer" and a GPS show a real-time display of the gas levels in Google Earth. The orange spike in the center of the screen, on St. Paul Street, indicates methane levels about two or three times above normal levels, Phillips says. Robin Lubbock/WBUR hide caption 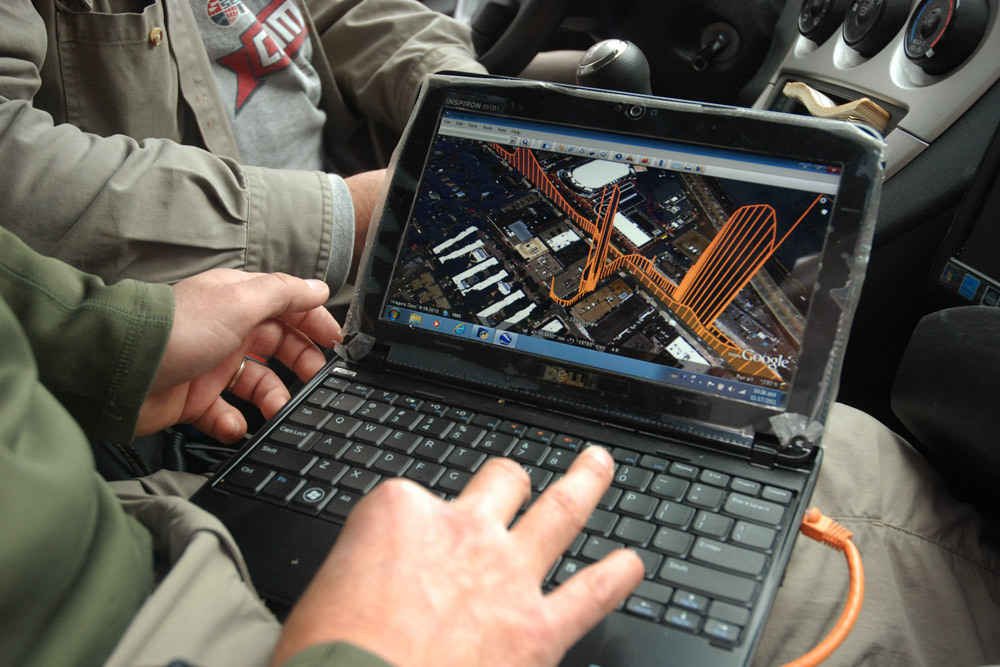 Nathan Phillips looks at methane data plotted on a map of Boston streets on Nov. 17. Data from a mobile methane "sniffer" and a GPS show a real-time display of the gas levels in Google Earth. The orange spike in the center of the screen, on St. Paul Street, indicates methane levels about two or three times above normal levels, Phillips says.

Together he and Ackley, who runs a company called Gas Safety USA, drove 785 miles of Boston and suburban roads. They found about 4,000 significant leaks.

"Like many people, I really didn't know the scope of the problem, so I was very surprised," says Phillips.

In some cases, the levels were high.

"The record level that we found for a leak — this is in the atmosphere on the surface in Boston — was about 30 parts per million of methane," Phillips says, "and that's over 15 times the normal background level."

Phillips notes that he's not a health expert and says he has no reason to believe methane at those levels poses a risk to human health. But he does believe, as a plant physiologist, that the methane is probably harming trees.

"Natural gas is largely methane," Phillips says. "That displaces the oxygen. It's also dry gas, so it desiccates the soils as well. And roots need to have oxygen for the metabolism of the roots, for repair of the root membranes. If they are starved of oxygen, the tree will suffer."

Fixing Up The System

A state advocacy group is suing utilities in the region for damages to trees and it's citing Phillips' research. The plaintiffs are communities that claim millions of dollars of damage has been done to trees in the Boston area.

Tom Kiley, head of the Northeast Gas Association, says it's true that methane can damage vegetation, but it's not common.

"There certainly are a lot of potential causes to the damage to trees and vegetation," says Kiley. "That can include insect infestation, vehicular damage, disease, storm damage, drought, salt, waste oil, gasoline."

Kiley, whose association represents gas companies in the region, disputes the claim that damage is widespread. He says when there's damage, gas companies remove and replace the trees. That's confirmed by David Graves, a spokesman for National Grid, the major supplier of natural gas to the Boston area.

As for the leaks, Kiley says gas companies do report how much they lose statewide to the state Department of Public Utilities. He doesn't know how many leaks there are in Boston but says leaks are a problem that the companies take seriously.

"It's an older system," says Kiley. "It is being replaced. There are some cast-iron facilities and some bare steel — unprotected steel – [pipes] that are being replaced, so there are in fact leaks on the joints."

Graves says his company is replacing about 150 miles of old pipeline a year in the state.

For his part, Phillips says he recognizes that the gas company is working to contain leaks. His aim, he says, is to make information about the leaks' whereabouts and frequency easily available to the public.

"The buried infrastructure, when it's out of sight, it's out of mind," he says, "and it's easy for us to just forget that it even exists."

Phillips notes methane is a very powerful greenhouse gas that warms the planet. And in fact, scientists at Picarro, the California company that makes the methane sniffer, have begun mapping leaks in San Francisco. Ackley has mapped parts of Washington, D.C., as well.