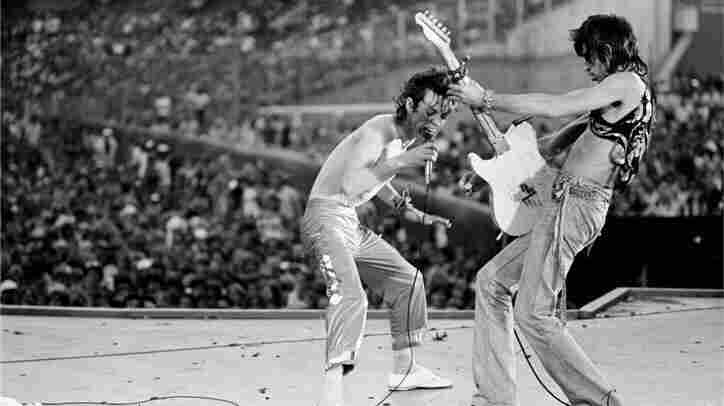 Mick Jagger (left) and Keith Richards of The Rolling Stones in 1978, the year Some Girls was originally released. Lynn Goldsmith hide caption 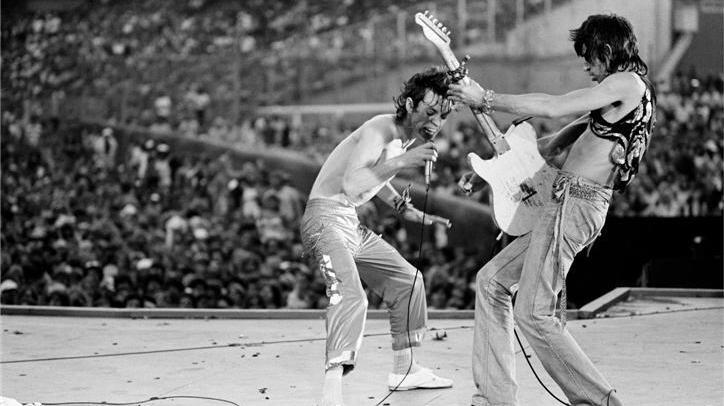 Mick Jagger (left) and Keith Richards of The Rolling Stones in 1978, the year Some Girls was originally released.

An atmosphere of tension surrounded The Rolling Stones when the band got into the studio to record Some Girls, its 16th U.S. release, in 1978. Not only did the group worry that the new waves of disco and punk threatened to pass it by, but Keith Richards was awaiting a serious heroin-trafficking court date that threatened to put him and the group out of commission. The Stones were in trouble.

But, like a great athlete, The Rolling Stones came through in the clutch, producing one of the band's best and best-selling albums. Some Girls accomplished everything it set out to do and more: The album went platinum six times, "Miss You" dominated the disco floors, and "Shattered" and "Beast of Burden" countered any claims of the group's diminishing relevance. Richards even got off on probation.

The 2011 re-release of Some Girls follows a successful 2010 reissue of Exile on Main Street, and features 12 new tracks, many of which are roots and country songs that have been bootlegged and adored by fans for 30 years. Whereas the treasures of the Exile reissue were largely found in the remastering of the original tracks, this album's bonus material adds up to a standout work in its own right. The band proves it's all blues and roots at heart, as in "So Young," Ronnie Wood's slide-guitar feature "No Spare Parts," the MTA shout-out "Do You Think I Really Care," and the slow-train beat of "Claudine." No matter the era of its release, Some Girls retains its pleasant surprises.

In honor of Some Girls' re-release, Mick Jagger sat down with World Cafe host David Dye to discuss the album, and Keith Richards spoke with WXPN's Michaela Majoun.