Accessibility links
Does Supercommittee Failure Imperil Pentagon? The Pentagon already plans to cut about $500 billion from its budget over 10 years. Now, it faces another $500 billion in cuts. Defense Secretary Leon Panetta warns that it would lead to a hollow force. Although the cuts would be large, they aren't as steep as what the military has absorbed in the past. 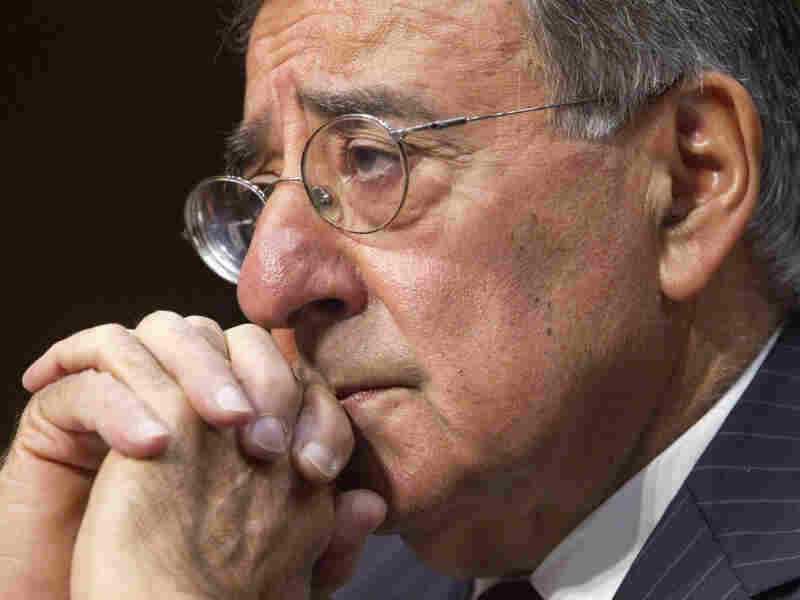 Defense Secretary Leon Panetta testifies on Capitol Hill on Nov. 15. He said the proposed cuts to the Pentagon budget would lead to a hollow force. Evan Vucci/AP hide caption 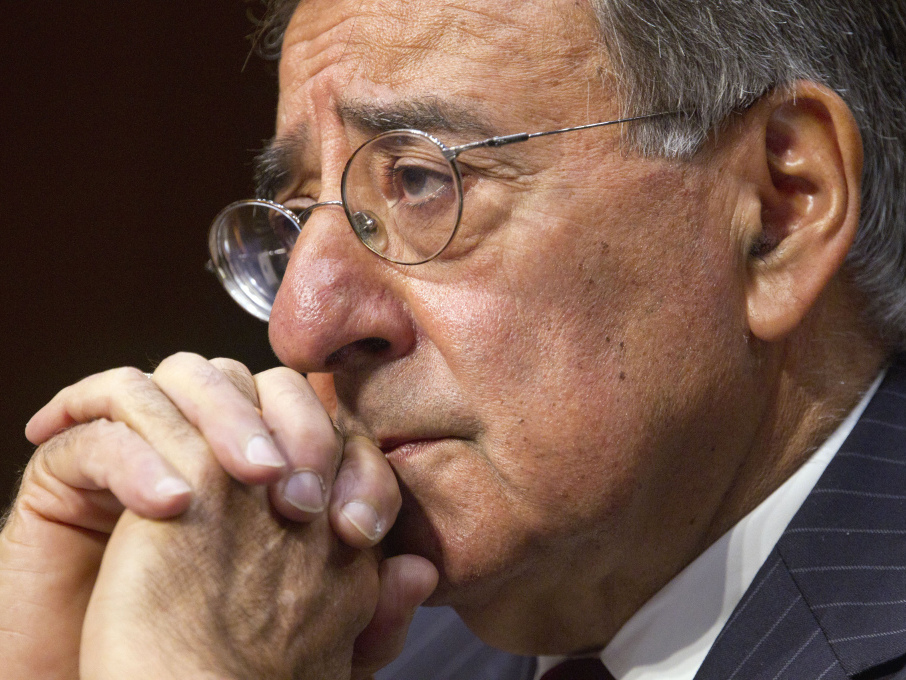 Defense Secretary Leon Panetta testifies on Capitol Hill on Nov. 15. He said the proposed cuts to the Pentagon budget would lead to a hollow force.

The congressional supercommittee's failure to act is supposed to trigger hundreds of billions of dollars in spending cuts for the Pentagon starting in 2013. But even cuts that large don't come close to cutbacks in military spending in years past.

Defense Secretary Leon Panetta has warned about this scenario for months. He said last week that it would lead to what he calls a hollow force.

"It's a ship without sailors. It's a brigade without bullets. It's an air wing without enough trained pilots," he said. "It's a paper tiger."

Well, not exactly a paper tiger. Since the attacks of Sept. 11, 2001, the defense budget has increased roughly $20 billion each year. Over that time, the U.S. share of the world's military spending grew. Of all the money spent on defense in the world, nearly half is by the U.S.

Gordon Adams, a defense analyst who worked in the Clinton administration, says such a high level of defense spending could absorb $1 trillion in cuts.

"A build-down of a trillion dollars over the next 10 years would be a 17 percent reduction in the Defense Department's plan," he said.

That's a lot, but not as steep as what the military has absorbed in the past.

Adams says compare today to the 35 percent reduction in Pentagon spending after the Cold War. He says the military was able to cut then and still stay strong.

"The force that resulted did a mighty fine job in the Balkans and used Saddam Hussein as a speed bump in 2003," he said. "It was a technologically modern, more capable, highly agile force."

Now, with the U.S. drawing down in Iraq and Afghanistan, Adams says it's time to save money.

Larry Korb, a Reagan-era Pentagon official, agrees. He says one way to save is by cutting back the size of the Army and Marine Corps.

"You're not going to do nation building or send large land armies into Middle East countries again," he said. "So you can take the Army and Marines gradually back to where they were before 9/11."

That means cutting the Army and Marines by about 95,000 troops — double what the Pentagon is considering and unacceptable to some defense strategists, including Tom Donnelly of the American Enterprise Institute.

"If I look back at the experience of the past 10 years, what I see is a force that was too small to do the right thing in Iraq and Afghanistan at the same time," he said. "And we actually had to expand the Army and the Marine Corps just to do Iraq."

Donnelly says he doesn't think it's smart to cut troops. Then there are weapons: Donnelly says the military has already made cuts.

"You could go across the board. The Army hasn't built anything new since the 1980s," he said. "All the helicopter programs, all the ground combat programs — nothing to show for it."

How many troops or weapons the country needs depends on what it's trying to do and how much risk it's willing to take. How do we know we won't send a large land army overseas?

Nora Bensahel of the Center for a New American Security says deeper Pentagon cuts mean the U.S. won't be able to carry out its current strategy — a plan that calls for training with allies, keeping ships on station around the world and fighting the nation's wars.

"Total budget cuts to the Defense Department of over $500 [billion] to $550 billion over the next 10 years significantly increases the risk that the United States will not be able to execute that strategy," she said.

Something has got to give: either more money or a new strategy. The Pentagon is already working on a new strategy that is due out next month.