Accessibility links
Movie Review - 'Hugo' From A Master, A Love Letter To The Movies Martin Scorsese adapts the wildly popular kids' book The Invention of Hugo Cabret, deploying the visual-storytelling chops he has honed in nearly half a century of filmmaking. (Recommended)

'Hugo': From A Master, A Love Letter To His Medium

'Hugo': From A Master, A Love Letter To His Medium 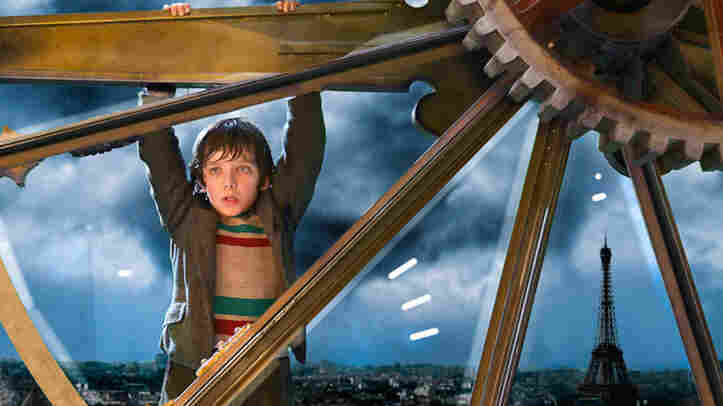 Rated PG; for mild thematic material, some action/peril and smoking

From 'Hugo' - 'Someone Is In Trouble'

'Someone Is In Trouble'

He peers out from behind windows and clock faces, frames through which his sad eyes light on every detail of the train station that's his home: dogs and humans in courtship rituals, flurries of snow and ash, giant whirling contraptions and their individual parts. Hugo (the boy) is an observer of the world's wonders.

There is much to observe, for Hugo (the film) is a marvel of spectacle, a sensory feast steeped in cinematic lore that proves pure joy is attainable in three dimensions. Martin Scorsese, a director who has risen to living-legend status primarily via gory crime sagas, here makes the endearing confession that he, too, was once a shy kid awestruck by the idea of images flickering on a screen.

The film is based on a heavily illustrated 2007 novel by Brian Selznick that has proved enormously popular with children despite primarily revolving around a 19th century French filmmaker — as sure a sign as any that movies are not dead to future generations. The orphaned protagonist (Asa Butterfield) is a determined scavenger who spends his days manning (and his nights sleeping in) the clock in a bustling 1931 Paris terminus, one of those movie settings where the inhabitants have their own mini-adventures in the margins. Hugo's efforts to fix a broken automaton lead him to the cute, ebullient Isabelle (Chloe Grace Moretz) and curmudgeonly toy-shop proprietor Georges Melies (Ben Kingsley).

Turns out that Hugo has actually stumbled across the Georges Melies, real-life magician and director of A Trip To The Moon — the one where the rocket plunges into the Man in the Moon's eye — along with over 500 other films from cinema's earliest days. Here's where the story, to its own detriment, shifts from hero's journey to hero-worship, and the question of the moment becomes, "Will Melies get the respect that's coming to him?"

Yet magic still persists: As Hugo and Isabelle dig deeper into the past, they find their own fates intertwined with that of Melies's films, and that flickering screen becomes a portal in the dark, illuminating everyone's hopes and dreams. 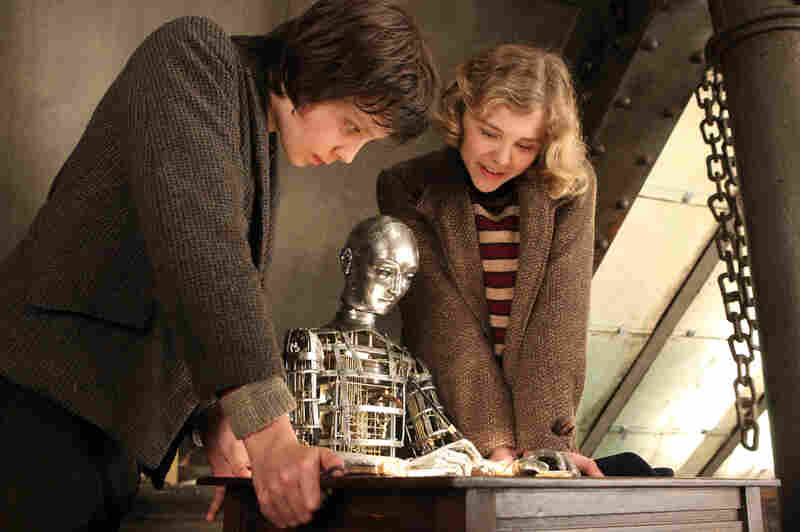 With his companion Isabelle (Chloe Grace Moretz), Hugo hopes to finish rebuilding an automaton his father had once dreamed of restoring. Jaap Buitendijk/Paramount Pictures hide caption 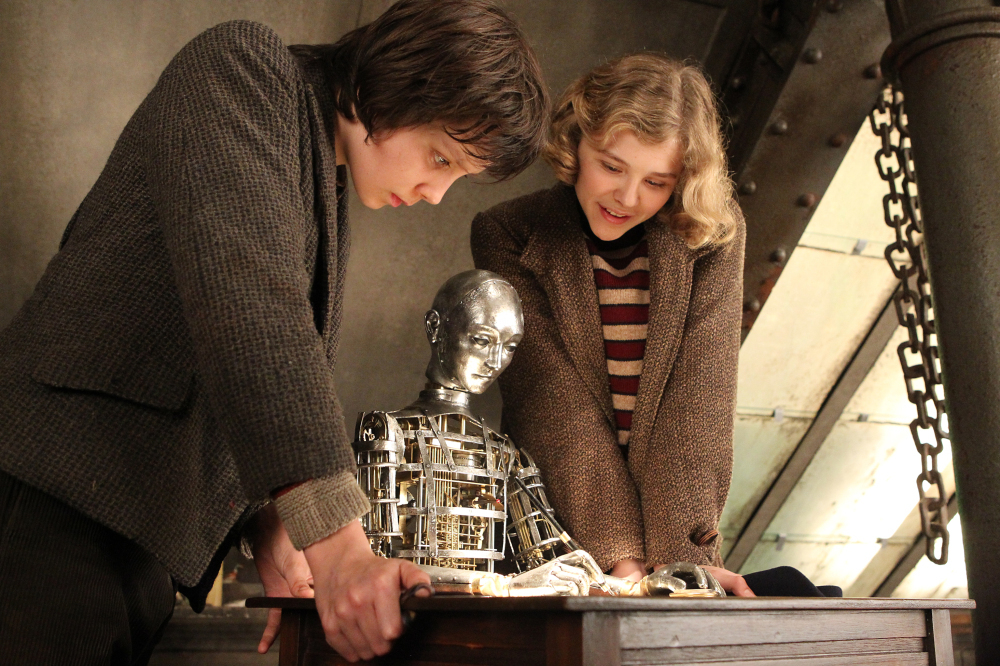 With his companion Isabelle (Chloe Grace Moretz), Hugo hopes to finish rebuilding an automaton his father had once dreamed of restoring.

The train station, though a wondrous plaything, renders itself claustrophobic over two hours, and we relish the few scenes that venture outside its walls. But even in these cramped confines, Hugo dangles from a clock, a la Harold Lloyd, and stares down a train that seems to leap at him straight from the minds of the Lumiere brothers (who have minor roles as well). It's pure cinephile candy.

As befitting both its fetishistically detailed source material and the era in which it's set, Hugo is Scorsese's most visually accomplished film. He and cinematographer Robert Richardson exploit the possibilities of depth in every frame, from the cavernous Fritz Langian inner workings of the station clock to the brim of Sacha Baron Cohen's inspector cap as he leans way into the camera to snarl.

Some sequences show signs of that old Melies magic, deliberately distorting reality as kids climb station rafters at impossible heights and loose papers animate themselves as they billow through the air. When 3-D works, it really works: To see Hugo in two dimensions is to take a pass on substantial splendor.

But the best trick the filmmakers pull off is the one that's hardest to see coming: By restaging some of movie history's most pioneering works in 3-D — by approximating the vastness of space in A Trip To The Moon and flinging trains at cameras 116 years after the Lumieres — Scorsese has made these crusty college-circuit prints new again.

And what's more, he's made them new to the most important audience: children. (Recommended)