Accessibility links
An Eternal Tee Time Option For Die-Hard Golfers For the most fanatical of sports junkies, commentator Frank Deford has news of a way to carry that fervor into the afterlife. 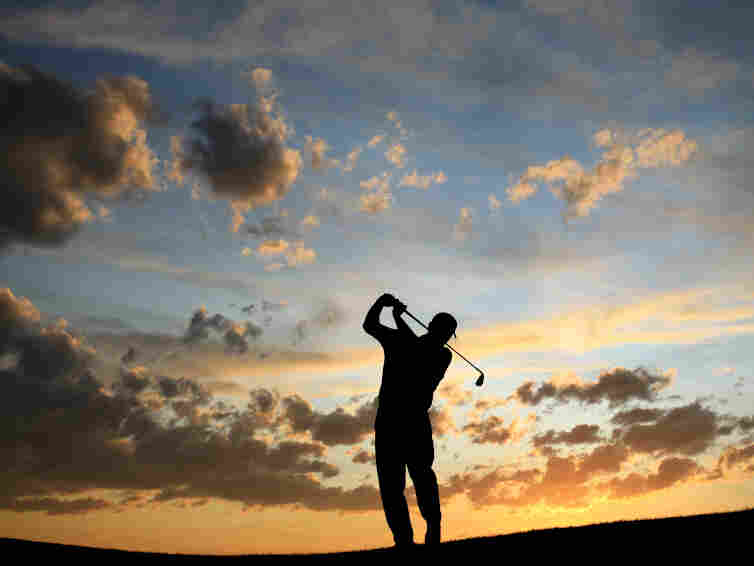 For the most avid golf fans, there's now a golf course where they can be laid to rest for all eternity. iStockphoto.com hide caption 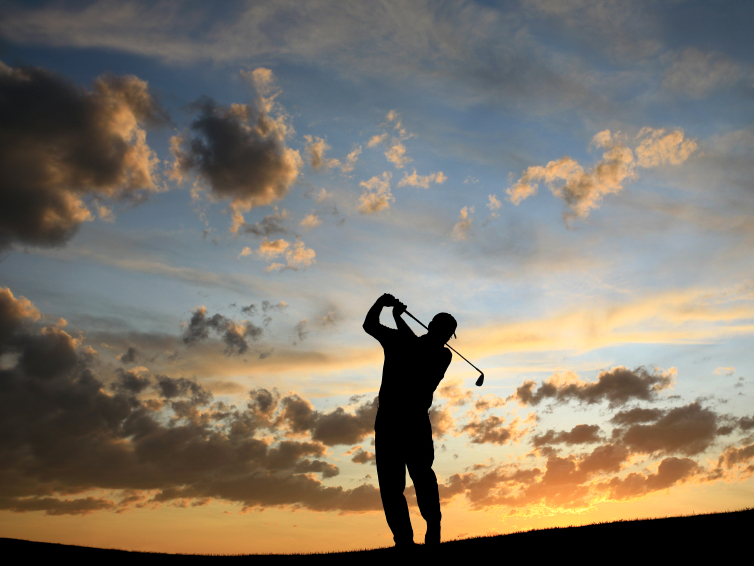 For the most avid golf fans, there's now a golf course where they can be laid to rest for all eternity.

The most involved sports fans cannot let a little thing like death get in their way for their devotion to a team.

For several years now it's been possible to buy caskets that feature the logo of your favorite, so that you can lie forever with, say, the emblem of the Chicago Cubs resting right before your sightless eyes. Not perfect, but the best available option.

Several other themes are also available. For example, a casket titled "The Race Is Over," featuring, appropriately, a checkered flag, will provide the NASCAR fan with a fitting pit stop in his lifelong oval journey. My favorite of the genre is a "Gone Fishin'" casket, which provides sort of a double meaning as the deceased angler heads off into the unknown beyond.

Although it is not available yet, I think it would be especially appropriate if ESPN could bring out a themed casket. Those gentlemen who have spent so many hours attached to the channel would surely feel at home, then, in its embrace forever.

Nothing, however, in this line has prepared us for what golf fans now can enjoy should they wish to spend eternity in Bellevue, Wash., a suburb of Seattle. There, we now have the Sunset Hills Memorial Golf Park, a simulated golf course, complete with all the links features, where golfers may be laid to rest. We talk about bad shots being "buried" in the sand or the rough, but now you too may come to rest there.

A Final Resting Place On The Green, But No Mulligans

I'm sure, too, there are no bad lies at Sunset Hills.

Arne Swanson, a golfer himself, who conceived the idea of a golf cemetery, has even designated sand traps for those who wish to be cremated and have their urns deposited there. As Swanson says, now for duffers, you can "spend eternity in the bunker."

Sunset Hills also provides a large leaderboard, where your name will be listed, if you wish to reserve a future tee time while still being able to putt upright.

Surely, only golfers would be, uh, down with this idea. Somehow I can't imagine any tennis players wanting to be buried courtside or bowlers underneath an alley. But then golf is always culturally unique. Has it ever occurred to you, for instance, that golf is the only sport with jokes? Really, have you ever in your life heard a tennis joke or a basketball joke? Just golf jokes. Of course, virtually almost all of them are a variation on the same theme: the husband who neglects his wife all the time, playing another 18.

And now, with Sunset Hills, and any other golf cemeteries that might sprout up, the punch line forever will be: At last, he's one under.