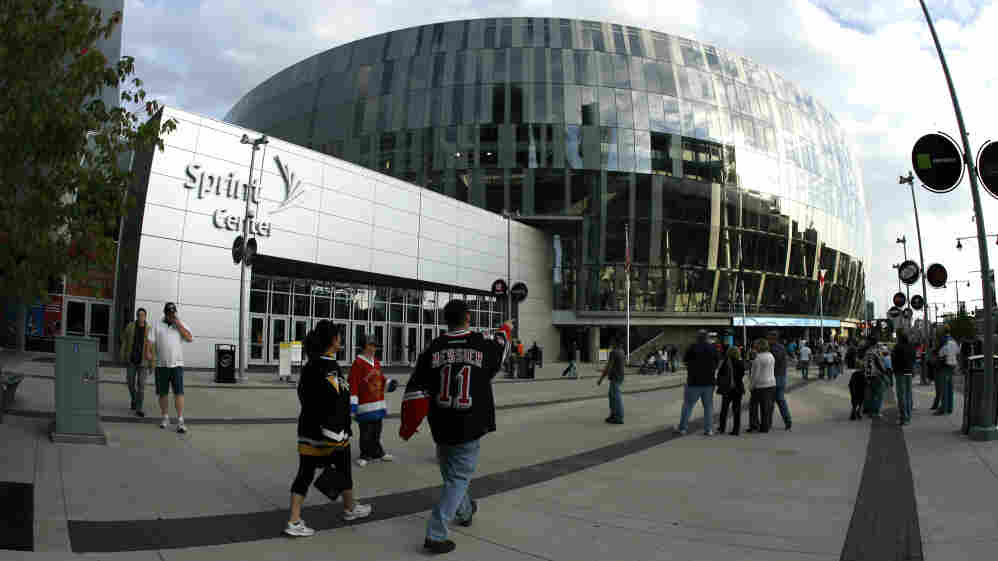 Kansas City's four-year-old Sprint Center has no permanent big-league tenant, but it makes a profit from events like this 2009 preseason NHL hockey game between the Los Angeles Kings and the New York Islanders. Ed Zurga/AP hide caption 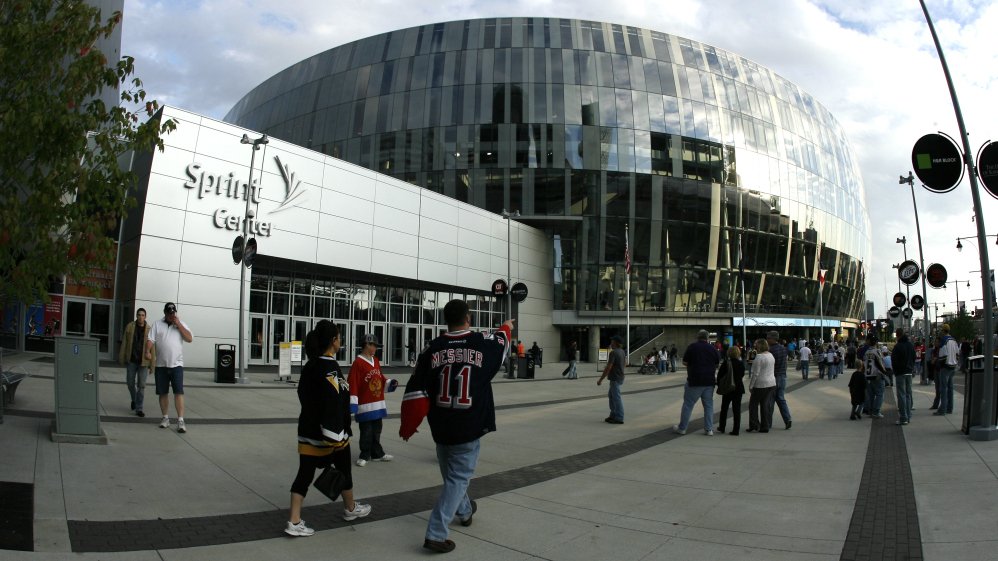 Kansas City's four-year-old Sprint Center has no permanent big-league tenant, but it makes a profit from events like this 2009 preseason NHL hockey game between the Los Angeles Kings and the New York Islanders.

Four years ago, on the cusp of what would become a national economic meltdown, Kansas City made a bet. And the Missouri river town bet big, plunking down $300 million for a brand-new sports arena with no full-time tenant.

Today, that bet is paying off. Pollstar magazine ranks Kansas City's Sprint Center as America's fifth-busiest arena and No. 13 among worldwide venues.

The glittery, glass-encased venue seats 19,000 people for rappers and the rodeo, Elmo and Guns N' Roses, Cirque du Soleil and college basketball — about 400 events so far, drawing an estimated 4 million people. It turns a profit for its operators and the city — and still no big-league sports franchise calls Sprint Center home.

'You Have To Drive Right Past Kansas City'

"When you just take the sheer numbers of what all of those events represent in terms of dates you have to hold on the calendar," says Sprint Center general manager Brenda Tinnen, "there are very few windows of opportunity to book other events."

Sports and ticket sales are in Tinnen's blood. As a girl, she tagged along with her mother, who worked for baseball teams in Kansas City for more than 20 years. Tinnen has held management positions around the country, including at Staples Center in Los Angeles, which is home to the Grammys, two NBA teams and an NHL team.

College basketball is one of the primary attractions in Kansas City, including this week's CBE Classic tournament at Sprint Center. But Lady Gaga, Jay Z, Kanye West and George Strait have also played there. And as artists spend more time on tour these days, relying on ticket sales, Tinnen says, encourages tour buses to make an extra stop.

Still Hoping For The Major Leagues

It's unlikely that the Sprint Center will land a major pro sports tenant any time soon, but city officials say they're always looking.

"There was always a goal to have the ability to attract an NBA or NHL [franchise], so it was designed to those standards," says architect Brad Clark, who was part of the team that designed Sprint Center.

His firm, Populous, also designed the new Yankee Stadium, and Target Field in Minneapolis. Clark says it's unusual to design an arena with no particular tenant in mind. But in Kansas City, so far, it seems to be working.

"I think we were able to walk the line between professional sports building and major entertainment venue, so it can do both," he says.

A few blocks away, the new $326 million Kauffman Center for the Performing Arts was funded with private donations. It has three major-league arts tenants: the ballet, the symphony and the opera. Officials say ticket sales have been strong since the opening in mid-September. For now, it appears "the build it and they will come" mantra seems to be holding true there, too.