Accessibility links
For These Bargains We Are About To Receive, Can We Be Truly Thankful? As Black Friday encroaches more and more on Thanksgiving Day, can we continue to balance our two great traditions of gobbling turkey and engaging in wild acts of consumerism?

For These Bargains We Are About To Receive, Can We Be Truly Thankful?

For These Bargains We Are About To Receive, Can We Be Truly Thankful? 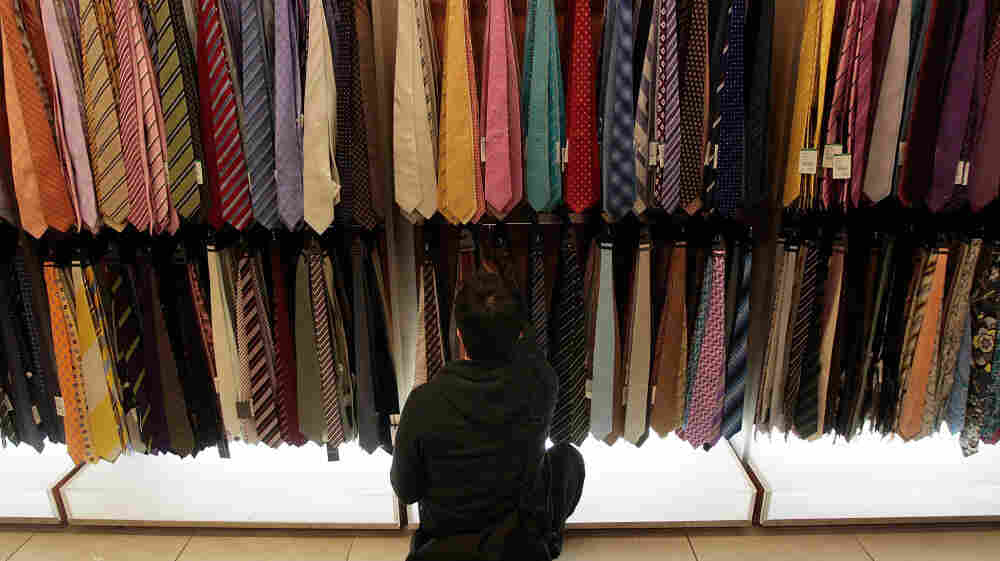 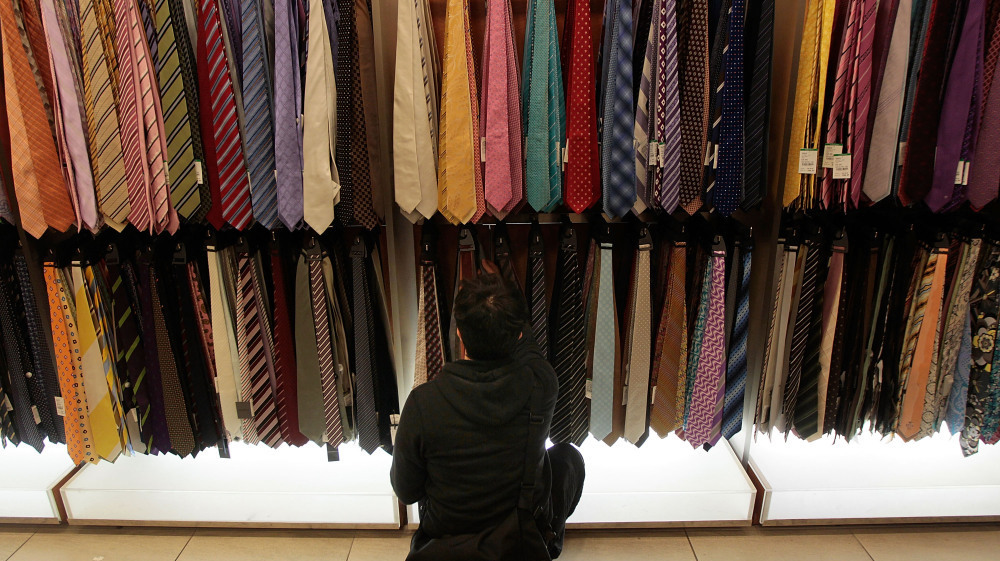 A man browses through ties at a Century 21 department store November 26, 2010 in New York City.

"It's no longer Black Friday, it's going to be Black Thanksgiving from here on out."

That was Marshal Cohen, a retail industry analyst, speaking to The Los Angeles Times in an article from earlier this week explaining that while stores used to remain closed on Thanksgiving and only open for their door-busting, line-forming, occasionally riot-inducing sales at some ungodly hour on Friday morning, they're now shifting back to Thursday night.

That's right: Thursday night. Fill up on turkey and then tell your family, "Nice seeing you; save me a slice of pie; I'm off to Wal-Mart."

Perhaps this is indeed a welcome change for some shoppers who don't mind burning off some sweet potatoes and welcome the chance to escape a crowded family gathering. Perhaps it's no weirder to shop on Thanksgiving than it is to watch football.

But tell that to the employees who have to work on Thursday and don't necessarily have a choice. Employees of Target and Best Buy have both been circulating online petitions at Change.org asking that the Thursday night openings be called off so employees can enjoy the holiday with their families rather than having to rush from the table to go to work at 11:00 p.m. — and if they don't want to go to work on no sleep at all, they may have to skip the celebration entirely. The Target petition is very close to its goal of 200,000 signatures.

Surely, the messy marriage of holidays and retail blowouts is nothing new. Stores will hold a sale for any holiday you can imagine, and Black Friday in particular has long been a consumer extravaganza as folks plunge into their holiday shopping. That doesn't have to be an inherently crass thing; picking out gifts can be fun and celebratory and not inconsistent with gratitude at all. Moreover, being overprecious about holidays that have long ago given over much of their public faces to commercialism is both silly and dull.

But when Thursday was for celebrating with friends or family and Friday was for shopping, it was easier to hang on to the idea that we can have both customs — one admittedly much older than the other — and they don't have to interfere with each other. In fact, in many families, the retail madness and the dinner are almost linked: on Thursday, togetherness at the table (or in front of the television), and on Friday, togetherness at the mall. It all becomes part of a big, loud, crazy-making holiday weekend, and it all fits together.

Then, as store openings crept back into the wee hours and became laden with limited offers that felt like sucker bets, the shopping part began to feel more like a grind than the kind of cacophonous adventure that a lot of holiday shoppers can actually come to enjoy. Picking through scarves at a department store to find one that's just right for your sister feels a little celebratory, if claustrophobic; lining up at 2:30 in the morning on a frosty sidewalk to get one of 25 laptops available for $150 has all the charm of Oliver Twist lining up for gruel. In a tough economy, those door-buster sales may be an economic blessing, but if you have to break up your holiday meal early to get the good stuff before it runs out, you're stuck with a choice between the gratitude/family part of Thanksgiving and the consumerism part that you otherwise don't have to make.

People really do still use Thanksgiving as an opportunity to gather with people they care about. (And to eat. A lot.) It hasn't fallen into complete disrepair; that's why it's so unmanageably difficult to travel between, say, today and Sunday. Culturally, many of us still do this holiday approximately the way we have for a very long time: we see family, whether joyfully or warily, or we see friends, or we whip up a turkey sandwich with whomever is handy and take a minute to clink Coke bottles and say, "Happy Thanksgiving." It still feels good (or darkly funny, depending on your family).

Thanksgiving has avoided the fate of, for instance, Christmas, which as a traditional gift-giving holiday is swamped with purchases and credit-card debt anyway. This isn't a gift-giving holiday. It may, in fact, be the biggest holiday of the year that has escaped the one-two punch of getting culturally bogged down in a morass of booze or spending — as to Thanksgiving itself, that is.

Consumerism is here to stay, and so is Black Friday, and so is shopping, and that's something we all come to terms with in our own way. (Or, of course, do not come to terms with but continue to gripe about. That is also traditional.) But when the day of shopping sinks its greedy teeth into Turkey Day — or, as those in the know understand it should more properly be called, Gravy Day — that's a problem. When it drags retail employees from a day of rest for no better reason than to get a jump on the sales traffic that could just as easily be gobbled on Friday, that's a shame.