Accessibility links
Movie Review - 'Rampart' - A Dissolute Centurion, On His Last Legs Director Oren Moverman and Woody Harrelson (The Messenger) team up again for a complex account of a corrupt Los Angeles cop and his a final desperate bid to cash in. (Recommended)

At The 'Rampart,' A Centurion's Self-Destruction

At The 'Rampart,' A Centurion's Self-Destruction 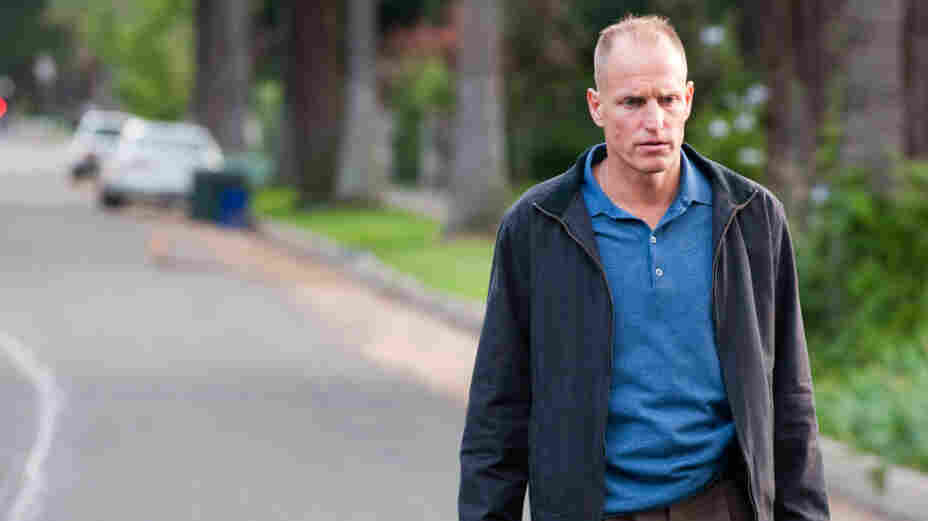 Crumbling at the 'Rampart': Veteran L.A. cop Dave Brown (Woody Harrelson, whose last collaboration with director Oren Moverman earned him his second Oscar nomination) is under pressure and not handling it well. Millennium Entertainment hide caption

The Los Angeles Police Department's late-'90s reputation was far from spotless; reports of misconduct came flooding by the dozen out of the anti-gang unit of the "Rampart" division. Oren Moverman's Rampart funnels those widespread sins into a single vessel — a cop whose corruption runs so deep that he barely acknowledges right and wrong anymore.

Dave Brown (Woody Harrelson) is the distillation of the worst qualities of every dirty cop you've seen on-screen before, as smartly manipulative as he is physically cruel. It's a tough job to put a character this unlikable at the center of a movie without making the film just as distasteful. But Moverman and co-writer James Ellroy humanize Brown without ever absolving him, making Rampart a fascinating if deeply disturbing character study.

Brown is a man of many vices, a hard-drinking, heavy-smoking, pill-popping, womanizing, racist sexist cop who hides his hatefulness under a veneer of fearsome intelligence and charisma. He's a law-school grad who failed the bar, but the ease with which he quotes legal precedent on the job suggests that he failed only because he lacked the motivation to pass.

Or perhaps he just wanted to know the law so he'd have a better understanding of what his limits as a police officer might be: Before he gets busted for savagely beating a driver who hits his patrol car and tries to flee, it's apparent that in the past he's literally gotten away with murder on the job.

The charisma that gets him out of tough spots also makes him a hard man to say no to. He has two daughters, and their mothers are sisters (Anne Heche and Cynthia Nixon). The five of them live in two neighboring houses; neither woman is married to Brown any longer, though he'll still seduce one or the other from time to time. Should he fail to charm his way into either of their beds, he hits the bars to find a new mark, and he rarely ends the night alone.

Moverman, in his second feature as director after The Messenger -- an excellent 2009 study of the human cost of war — switches gears from the graceful solemnity of that film to a jittery anxiousness. He establishes a queasy tone from the start, with a hand-held observational style documenting Brown's actions. At first the officer maintains strict control, even when his actions are heinous, but as he's embroiled in more misconduct scandals — and as department brass (Sigourney Weaver and Steve Buscemi) and a tenacious Internal Affairs investigator (Ice Cube) close in on him — that discipline gives way to recklessness.

He shows up at depositions red-faced and sweating from the previous night's debauchery. His ex-wives and daughters grow immune to his charms. In the movie's red-lit, chaotic centerpiece, a long night of sex and drugs ends with a disgustingly gluttonous food binge — significant because there's constant comment early in the film that Brown never seems to eat. This is a man breaking down in spectacular fashion, and Moverman's hallucinatory use of color, paired with disorienting cuts in the sound and images, makes the film seem to be stylistically disintegrating along with him.

Brown is exactly the sort of hard-talking tough guy one would expect in a film with Ellroy's name attached, but Harrelson suggests his heart isn't entirely calloused over. The actor, in one of his finest performances, delicately finds the shred of humanity in a man capable of great inhumanity. He's too far gone for us to feel much sympathy for him, but somehow he recognizes that he's destroying things he legitimately cares for — not least his connection to his daughters — and it's those stakes that become paramount for the viewer. Moverman gets away with a protagonist who it's impossible to root for by making sure we care about the fallout of his meltdown.

An earlier version of this review mistakenly attributed the co-authorship of Rampart's screenplay to Elmore Leonard. The film was co-written by James Ellroy.