Accessibility links
A 'Christmas Story' Musical? Sing Out, Ralphie! If you want a Red Ryder BB gun really badly, shouldn't you belt out your dreams? And if you win a Major Award, doesn't that call for a chorus line? Jeff Lunden reports on a song-and-dance extravaganza that may be coming to a theater near you. 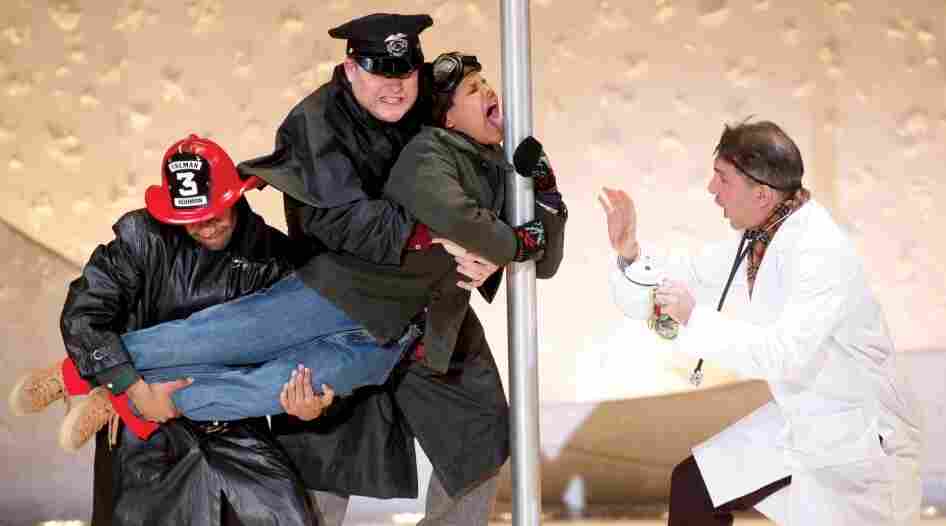 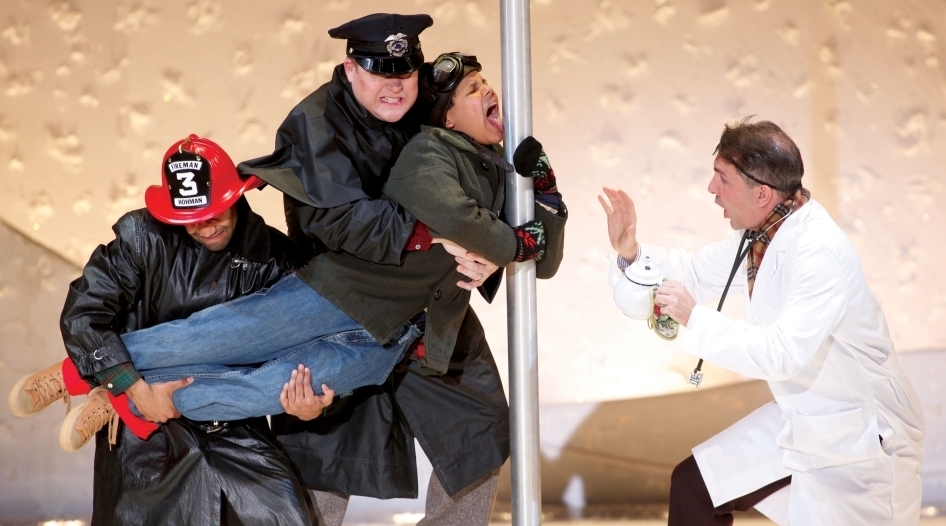 Every year at this time, families in search of child-friendly holiday entertainment buy their tickets for productions of A Christmas Carol and The Nutcracker. It's a lucrative market, and commercial producers are always looking for the next big Broadway-style holiday show that might join that small group of classic favorites. (The Grinch musical, anyone?)

This year, A Christmas Story: The Musical! will take its shot. A stage version of the iconic 1983 movie is on a five-city tour, with dreams of playing Broadway next year.

'A Christmas Story'
On Tour

Lead producer Peter Billingsley — yes, the film's 12-year-old lead, all grown up — says that for a film so beloved that TBS runs a 24 hour marathon of it every Christmas, A Christmas Story isn't exactly packed with incident.

"You know, I've sort of said it's like the Seinfeld of Christmas movies," Billingsley says. "It's ... mundane — but it's so much of the things we go through around the holidays, whether it's trying to just get a Christmas tree or get your kid into a snow suit that doesn't fit. ... It's so many of the things that you deal with, and it's a real family."

The film is based on author and radio personality Jean Shepherd's stories about growing up in the Midwest at the end of the Depression. The plot, such as it is, surrounds young Ralphie's schemes to get what he calls the Holy Grail of Christmas gifts: the Official Red Ryder Carbine-Action 200-Shot Range Model Air Rifle.

In the movie, we first see Ralphie pressed up against the window at Higbee's Department Store, looking lovingly at the BB gun, while Jean Shepherd narrates. In the stage show, Ralphie gets to show his longing for the toy in the approved musical-theater way — by singing about it.

Billingsley says taking a movie where people can quote whole scenes of dialogue and adapting it for the stage is kind of a tightrope act.

"There are certain scenes that instantly come to people's minds," Billingsley says. "You want to be sure that someone will get their tongue stuck on a flagpole, and Ralphie will get kicked down the slide by Santa. You have a responsibility to give people that, but you need to be unique and you have to be your own show as well. That's the challenge."

One key to the adaptation, says director John Rando, is taking advantage of the film's fantasy sequences. 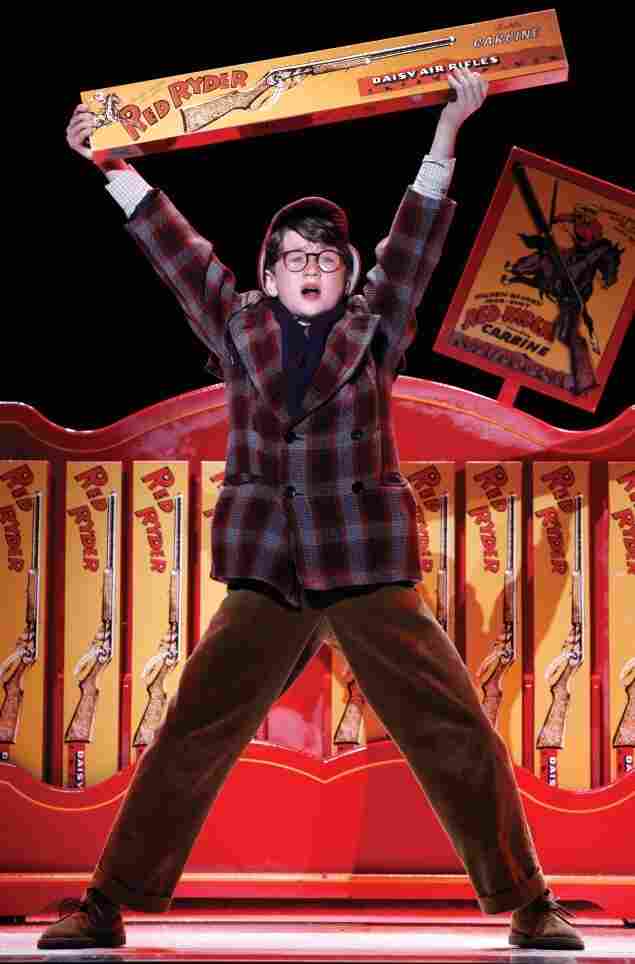 "The nice thing about the movie is there are so many moments where the movie goes into the child's imagination," Rando says. "And that's why it translates so well into musical theater, because when he fancies himself a great cowboy, it calls for a song."

"This kid has such an imagination, you know?" Hallum says. "He's fighting off bank robbers and chasing down cattle rustlers. It's really great."

The bank robbers and cattle rustlers Ralphie dreams up are played by the kids in his classroom, along with their moms and dads. The score is written by Benj Pasek and Justin Paul, two 26-year-old songwriters who met at the University of Michigan. The pair weren't even alive when the movie came out.

Pasek says they kept an eye out for moments that could be expanded with music — as when Ralphie's father, known only as "the Old Man", wins a "major award," which is a lamp shaped like a woman's leg.

"But instead of just having a 30-second moment where he celebrates a major award, we can make this a huge song-and-dance production number where a leg-lamp kick-line comes out," Pasek says.

By the end of the show, of course, Ralphie gets his BB gun — though the turkey gets eaten by the neighbors' dogs. Director John Rando says there's something about A Christmas Story — maybe that combination of happy and haplessness — that makes it especially resonant.

"It's an American Dream story, that even in hard times, what's really important is family and being together," Rando says. "And I think [that] distinguishes it from some other Christmas shows."