Accessibility links
China's Cyber Threat A High-Stakes Spy Game The cloak-and-dagger world of corporate espionage is alive and well, and China seems to have the advantage. Their cyber-espionage program is becoming more and more effective at swiping information from America's public and private sectors, and the U.S. government has even blamed China publicly for hacking American industries. 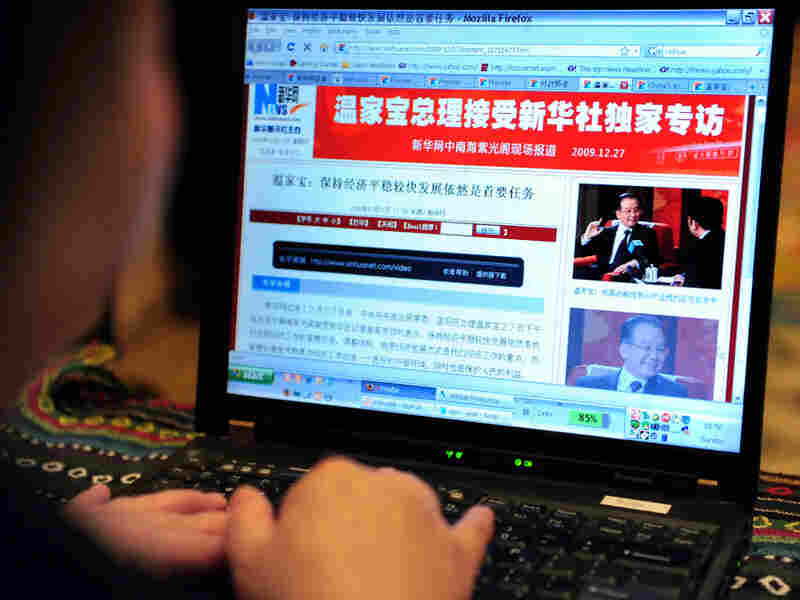 Cyber attacks on companies are part of a shadowy campaign in cyberspace being waged by China and other nations which goes largely undetected, according to Web security experts and analysts. Frederic J. Brown/AFP/Getty Images hide caption 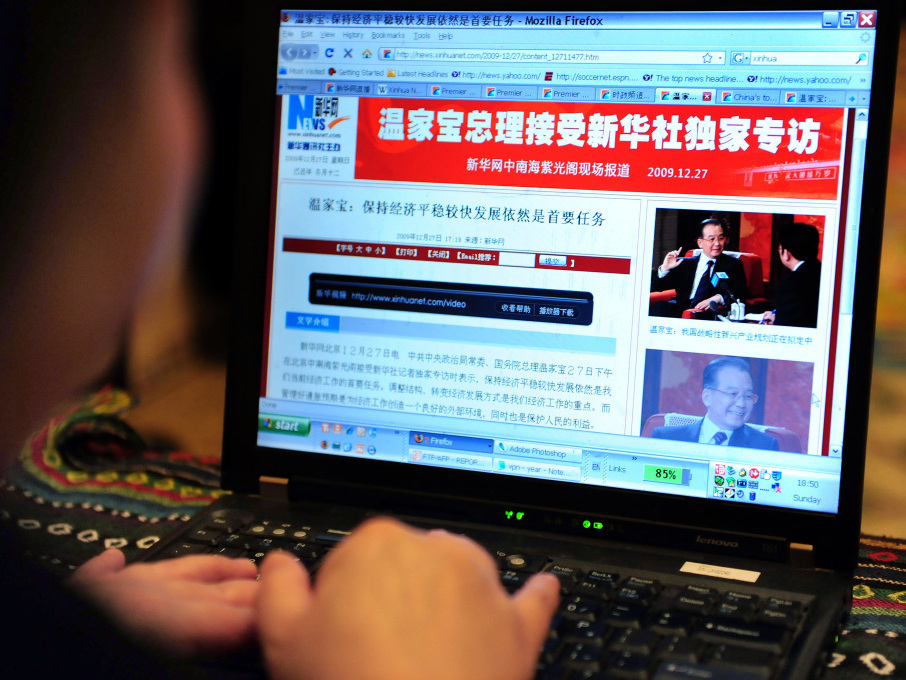 Cyber attacks on companies are part of a shadowy campaign in cyberspace being waged by China and other nations which goes largely undetected, according to Web security experts and analysts.

Ken Lieberthal of the Brookings Institution does a lot of work in China. Visiting about 10 times a year, he does some business consulting, meets with other scholars at universities and sometimes meets with government officials.

Like a lot of us these days, Lieberthal carries electronics with him to do his work. However, he takes a bit more precaution than many business travelers, as he tells weekends on All Things Considered guest host Rachel Martin.

"I first of all get a loaner laptop. And the USB that I bring, I clean digitally before I bring it, so it's totally blank," Lieberthal says.

Lieberthal then disconnects the Wi-Fi and Bluetooth functions, sets email filters and a virtual private network, or VPN. That's all before the trip. While in China, he never lets his Blackberry leave his side, never uses a wireless Internet connection while he has his USB drive plugged in, and he also physically hides his fingers when typing passwords.

When he gets home, everything gets digitally wiped and cleaned.

Why take all this precaution? Espionage. More specifically, cyber-espionage.

The cloak-and-dagger world of corporate espionage is alive and well, and China seems to have the advantage. Their cyber-espionage program is becoming more and more effective at swiping information from America's public and private sectors. The U.S. government has even blamed China publicly for hacking American industries.

It's not just business travelers at risk, either. In fact, any piece of digital data can be acquired through moles within the company or hackers operating half a world away.

James Lewis, who directs the technology program at the Center for Strategic and International Studies, says when the Chinese opened up their economy to the West, they decided one of things they needed was to upgrade their technology because they were falling behind.

"The Chinese have, since 1986, been plugging steadily along at building up their technological capacities," Lewis tells NPR's Rachel Martin. "And that includes cyber-espionage."

To be fair, Lewis says China is not the only country that has done this. A lot of countries engage in this kind of collection of electronic data, he says.

"In so many countries, the telecom infrastructure is built to allow heavy surveillance by the government, and China is one of those places," he says.

The focus on China, Lewis says, is likely because the U.S. increasingly sees the nation as its closest economic and military competitor. The Chinese, he says, likely feel that way too.

"Like it or not, the two of us are kind of spiraling into a competitive relationship that could involve military tensions that reach the point of conflict," he says. "That's why we're so concerned about them."

The technology and defense industries are the most vulnerable, Lewis says. Those industries are areas China has identified that the nation needs to grow, but Chinese hackers have even broken into and stolen plans from American furniture manufacturers.

"You can see the immediate economic benefit: You don't have to pay for the design, you can build it cheaper, and you can offer the same product at a lower price," he says. "That hurts our economy."

The Cost Of Economic Espionage

The Chairman of the House Intelligence Committee is Republican Rep. Mike Rogers of Michigan. This week, Rogers, who is a former FBI agent, plans to bring forward a bill designed to put more pressure on China for alleged cyberattacks.

"They are ferocious economic predators, and it is something we are going to have to deal with — and deal with it soon," Rogers tells Martin.

This public naming and shaming is a new tactic. Up until recently, U.S. officials have been pressuring China behind closed doors. But a counter-intelligence report released last month directly accused China of hacking into the computer systems of American businesses.

Rogers has actually spoken with executives from some of the American businesses hit by cyberattacks, and he says stolen intellectual property from just one hi-tech company cost them billions of dollars in research and revenue as well as thousands of U.S. jobs.

"Those are 10,000 jobs that would be in this economy, that would employ Americans, that are gone because of Chinese economic espionage," he says.

"There really is no other exception than that," he says.

Awareness of the threat and tracing the attacks to a specific government are two of the problems with cyber-espionage, Rogers says. Though he's confident they have evidence that China is actively involved in economic espionage, he says another issue is that companies that have been hacked are reluctant to come forward publicly.

"They realized that this would affect either their brand name or the fact that it might affect people wanting to invest in these particular companies," he says.

The other issue, he says, is that companies feel that if they publicly acknowledge they've been hacked, it might open them up to future corporate espionage.

Rogers hopes the new U.S. tactic of accusing China publicly will help raise awareness of the issue and push it to the highest levels of the bilateral relationships the U.S. has with Russia, China and other nations.

"It's very important that this become a bilateral trade issue so that we can finally get a handle on it," he says.

In response to the U.S. allegations, Wang Baodong, the spokesperson at the Chinese Embassy in Washington, sent a statement that says cyber-attacks are a global issue and hackers are striking everywhere.

The statement also says the charges against China are "harmful not only to the interests of American travelers but also to increased exchanges between our two countries, and such [a] willful demonization effort against China should be stopped"

Even though U.S. officials are convinced there's a cyber threat from China, they still don't know the extent of the attacks or exactly who is doing them, which makes it very hard to figure out how to make them stop.