Accessibility links
Sherlockian Mysteries That Will Keep You Tied Up Critic Maureen Corrigan selects two of the best new works of fiction and criticism about The Great Detective, and offers recommendations for terrific novels featuring contemporary investigators who carry forward Holmes' trademark method of detection: "an observance of trifles."

Sherlockian Mysteries That Will Keep You Tied Up

Sherlockian Mysteries That Will Keep You Tied Up 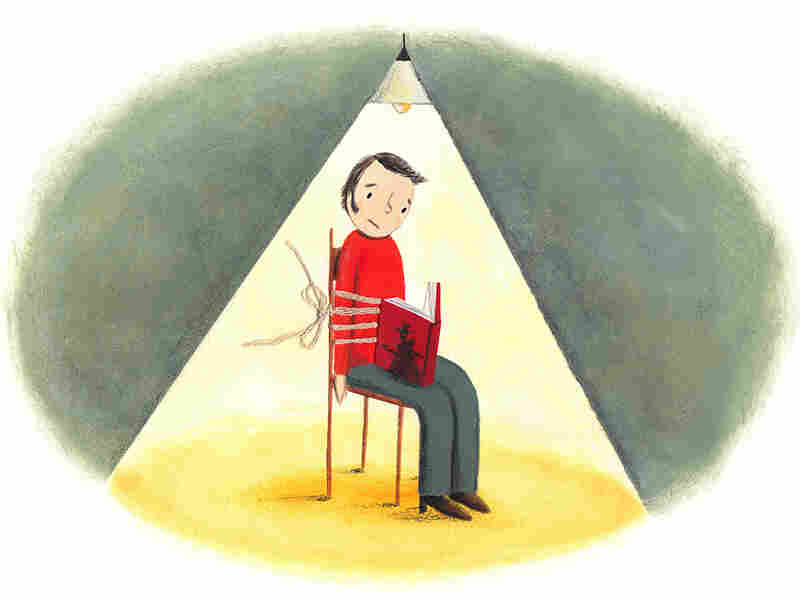 Indeed, for Sherlockians, 2011 certainly feels like a year when the literary "game" of exploring the genesis and extending the limits of Sir Arthur Conan Doyle's 56 short stories and four novels about Holmes and Watson has grown more frenetic. (This winter sees the return of two acclaimed incarnations of Holmes in film: A Game of Shadows, the second of Robert Downey Jr.'s Holmes movies; and series two of the BBC's offbeat Sherlock, which places our heroes in contemporary Britain.)

To clear a path through the literary fog, here are my picks for two of the best new works of fiction and criticism about The Great Detective, as well as my recommendations for some terrific novels featuring contemporary investigators who carry forward Holmes' trademark method of detection: "an observance of trifles."

The House of Silk

Anthony Horowitz's The House of Silk is the first new Holmes novel to be authorized by the Arthur Conan Doyle estate. Interesting, but not in itself an assurance of worth. What is persuasive about this Holmes homage is its cliffhanger plotting, as well the fact that it's written by the accomplished English novelist and screenwriter Horowitz, whose credits include the Alex Rider spy series for young adults and the superb ITV mystery series Foyle's War.

The House of Silk is imagined as a retrospective narration by an aged and lonely Dr. Watson. ("It is a year since Holmes was found at his home on the Downs, stretched out and still, that great mind for ever silenced.") Watson recalls the day that an art dealer, recently returned from the States, turned up at 221B Baker Street. This gentleman, named Edmund Carstairs, tells our detective duo that his house is under surveillance by a stranger wearing a flat "cheesecutter" cap — the distinctive headgear of an Irish-American gang.

Holmes calls upon the services of his young Baker Street Irregulars to track down the stranger; but shortly thereafter, the battered corpse of one of these boys is discovered with a white ribbon tied around his wrist. (Yes, this is a grislier mystery than any Conan Doyle ever wrote.) The remainder of this "creeper" follows Holmes and Watson as they ferret out a secret organization, "The House of Silk," that lurks at the center of the evil web. Watson's elegiac voice should silence the objections of even the most persnickety Sherlock scholar.

Or, the Whole Art of Storytelling

Watson tells us, in House of Silk, that meeting Holmes "was the great turning point of my life." Those same words could well have been spoken by Michael Dirda, the Pulitzer Prize-winning literary critic and inducted member of that elite society of Holmes and Watson enthusiasts called (in deference to Holmes' original band of acolytes) The Baker Street Irregulars. Dirda has written a rollicking, erudite and terrifically beguiling little book called On Conan Doyle, which is part of Princeton University Press' "Writers on Writers" series. In it, Dirda discusses not only the entire Holmes canon, but also Conan Doyle's tales of terror, science fiction, spiritualist writings and historical romances. (Conan Doyle's bibliography, Dirda happily tells us, "runs to over 700 pages.") Here's how Dirda describes his first boyhood encounter with Holmes:

"After my family had driven off in our new 1958 Ford, I dragged a blanket from my bed, spread it on the reclining chair next to the living room's brass floor lamp, carefully arranged my provisions [candy bars, Cracker Jack, and a cold bottle of Orange Crush] near to hand, turned off all the other lights in the house, and crawled expectantly under the covers with my paperback of The Hound [of the Baskervilles] — just as the heavens began to boom with thunder and the rain to thump against the curtained windows ..."

Reading experiences don't get much more captivating than this; nor does literary criticism.

Private investigators Lydia Chin and Bill Smith operate in a world far removed from Holmes' gaslit London: most of their adventures take place in New York City's Chinatown. But as Ghost Hero, the 11th novel in S.J. Rozan's terrific series, attests, the "elementary" detective fiction plot has remained pretty much unchanged. Ghost Hero propels Lydia and Bill on an insider tour of the contemporary Chinese art scene. This cram course in Art Appreciation 101 begins when a shifty art collector hires a cash-strapped Lydia to investigate the rumors that new works by a famous Chinese artist, Chau Chun, have surfaced. Chau's art is renowned for combining traditional images (jumping carp, craggy mountains) with poetry that can be read as politically incendiary. If there were new Chau paintings to be had, they would be snapped up — especially given the fact that Chau himself was killed in the Tiananmen Square uprising in 1989. Ever after, he's been known as "Ghost Hero Chau." [p.7] Lydia and Bill get drawn deeper into this ghost story that also turns out to dangerously enthrall representatives of the U.S. State Department and the People's Republic of China.

The End of the Wasp Season

The decrepit ancestral pile where murder is committed at the beginning of Denise Mina's psychological thriller, The End of the Wasp Season, could have been lifted out of the Gothic tales that Conan Doyle savored. Here's the scene: It's early morning in a wealthy suburb of Glasgow. A young woman who's sleeping alone in her newly deceased mother's house suddenly wakes up because the kitchen radio, which she's left on during the night, has been silenced. Next, she hears something outside her closed bedroom door: "It was more of a sensation than a sound, air shifting on the landing. A body brushed the wall by the door, low down, as startling as cold fingers to the small of a bare back."

What enters is both more absurd and terrifying than any ghost. Like her fellow Scot, Conan Doyle, Mina relishes combining elements of the uncanny with crisp insights into the various diseases of the human psyche. The End of the Wasp Season is a tale that lingers long after you might wish it could be exorcised.

A Drop of the Hard Stuff

Title
A Drop of the Hard Stuff
Author
Lawrence Block

What would Holmes make of Matt Scudder, star of what I consider to be this year's best mystery, A Drop of the Hard Stuff? Well, maybe The Great Detective would recognize a kindred tortured soul beneath Scudder's hard-boiled veneer. In Lawrence Block's superb novel — the 17th in his Scudder series and a "prequel" to those other tales — Matt investigates the murder of a fellow AA member, a guy who was working his way through the 12 Steps and trying to make amends to all the people he'd harmed when he was drinking. One of those folks didn't accept the apology.

Reading the first pages of A Drop of the Hard Stuff gave me the same feeling that I get whenever I re-read the Holmes stories: the assurance that I'm in the hands of a master. Block, who years ago was anointed a Grand Master by the Mystery Writers of America, has so perfected a pared-down style that this story — about good intentions that fatally backfire — seems to tell itself.

Maureen Corrigan's Favorite Mystery And Crime Novels From Years Past